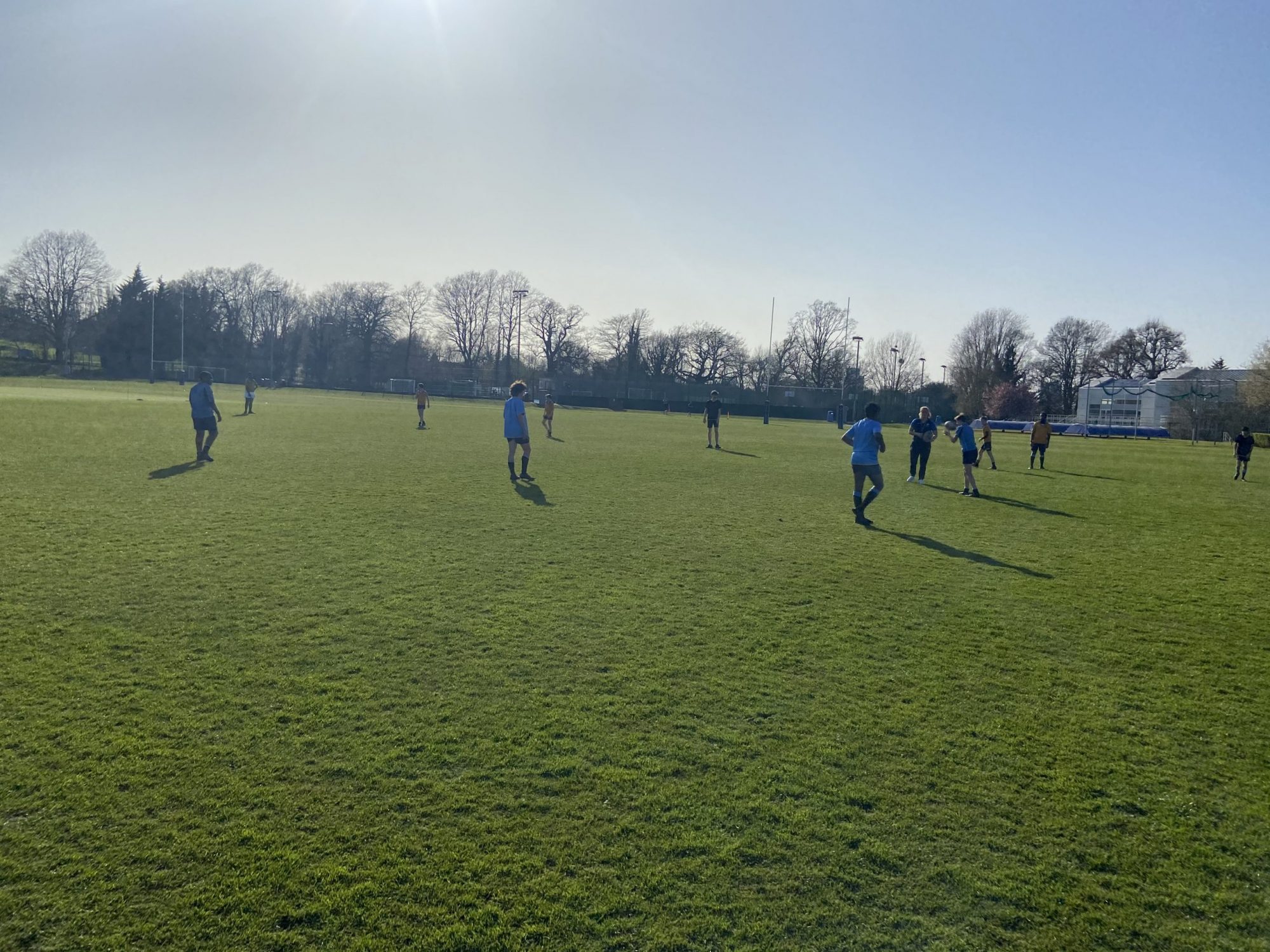 A fantastic end to the Rugby season

The U14s finished their 7s season with a fantastic tournament after school which saw 37 players taking part in a round robin tournament in which everyone played everyone.

With Mrs Long, Mr Petty and Mr Wilson refereeing and Jared Thompson scoring it was game on to win an Easter-themed display of prizes on offer!

Basked in sunshine, the two rugby pitches were the arena for some fantastic rugby.

Adeel Imtiazi was making his debut at 7s this season – impressing everyone with his incredible footwork and lightening quick pace; scoring brilliant tries all afternoon. The work the boys had been focused on in training was also on show with brilliant switch plays, fabulous off-loading, much improved passing and length of the pitch mazy running.

Outstanding sportsmanship and motivation from Henry Weekes, brilliant drop-goals from Joe Mamode and fantastic bravery from Flynn Knight were just some of the highlights. Joel Gordon scored the quickest try of the tournament just seconds after the start of the first game with a brilliant run from within his own 22 to beat everyone in the opposition team to score.

Most of the games were incredibly close contests finishing within just a few points of each other, and in a number of games, matches were won in the last play of the game, or decided by a final drop-kick conversion. Phew!

“The afternoon was a great end to a season. The skill level, decision making and athletic ability of this group of players certainly heralds very bright and positive future for Trinity Rugby.”