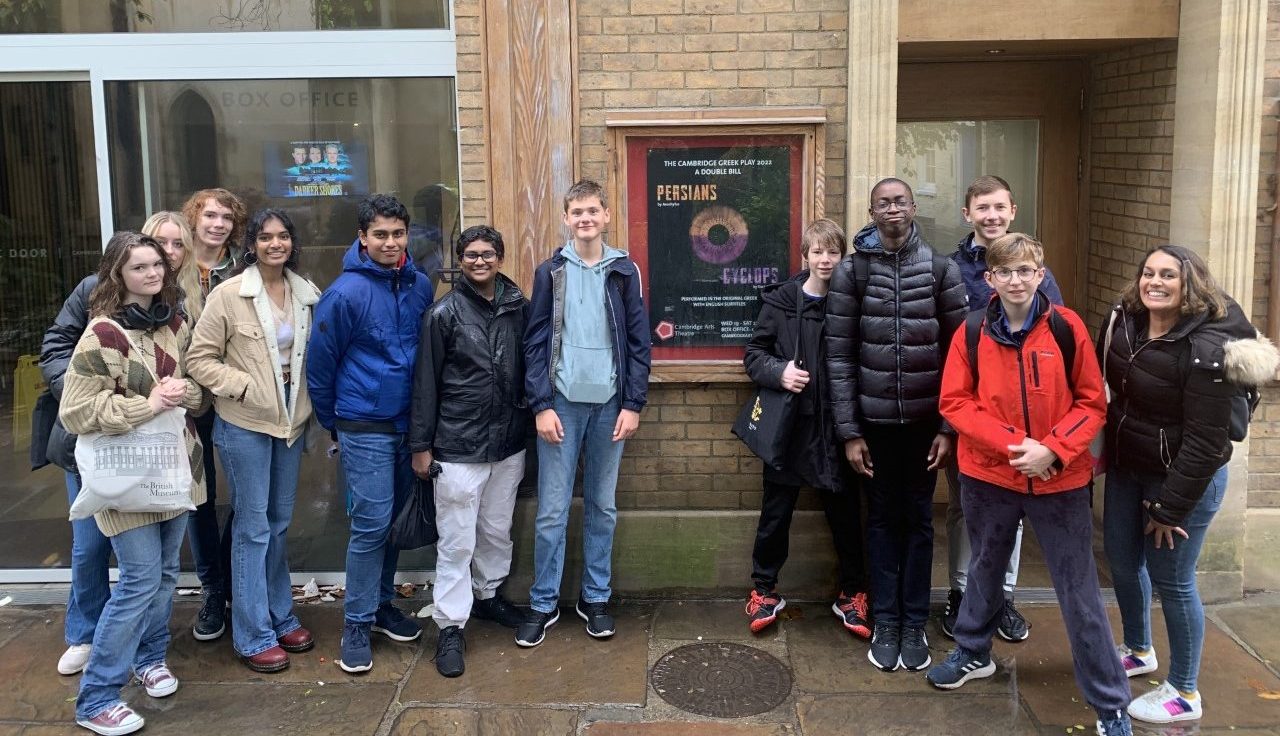 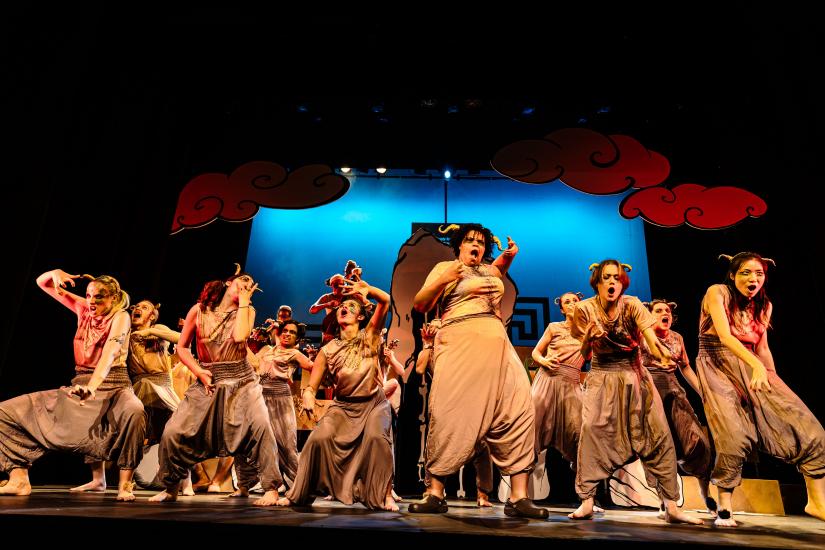 Trinity’s Classics Department recently took twelve students to Cambridge for the day to see two plays: Aeschylus’ Persians and Euripides’ Cyclops. Both were most impressively performed entirely in Ancient Greek (with surtitles of course!) at the Cambridge Arts Theatre.

Miss Van Dal, Head of Classics, said, “It was a fantastic opportunity for our students to experience ancient drama in format closer to what the Greeks would have enjoyed 2,500 years ago. The Cyclops play in particular had us all laughing out loud! We also met up with Sally Edser, a Trinity alumna who is currently studying Classics at the university. It was lovely to hear how she is getting on and for our current Lower Sixth Classics applicants to hear some great tips on the application process and life at university.”

Ioan Edwards, says, “I had a wonderful experience on our trip to Cambridge, including our entertainment lightening the long journey. Both plays were enjoyable and very well performed by Cambridge students; however, what really won me over was the Cyclops by Euripides for its excellent humour, as well as the surprisingly extravagant costumes.”

Aeschylus’ Persians is the earliest surviving Greek tragedy, and the only extant one to deal with historical, rather than mythical, events; namely the defeat of the Persians by the Greeks in the Persian Wars. Set at the Persian court following the grave losses suffered by the Persians at the Battle of Salamis, the play is a striking example of pro-Greek propaganda and raises important questions about how the Greeks conceived both of themselves, and of other so-called ‘barbarian’ peoples. Cyclops is the only satyr play to have survived from antiquity, and derives from the well-known episode in Homer’s Odyssey, this time allowing the Cyclops and his story to take centre-stage.