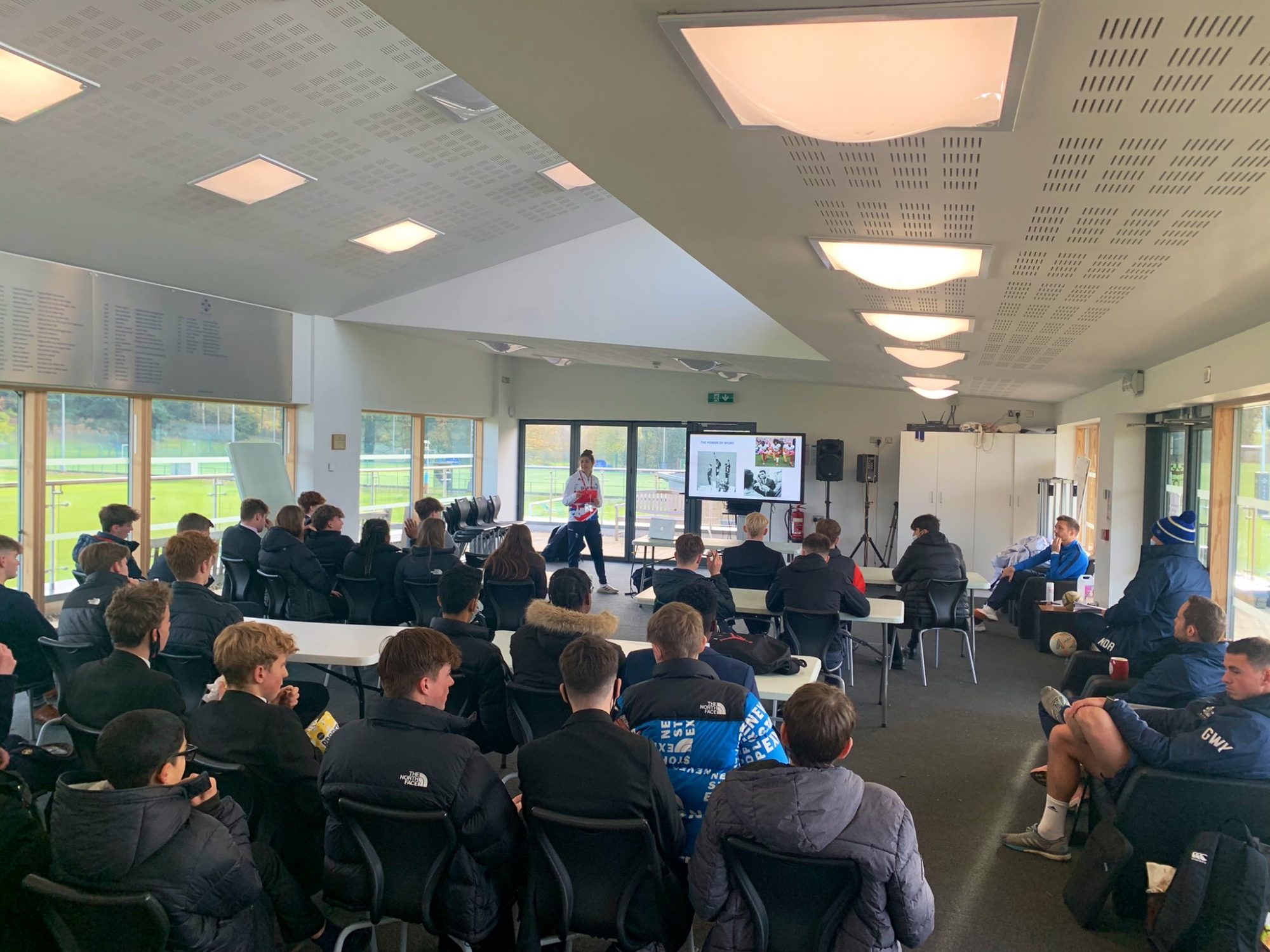 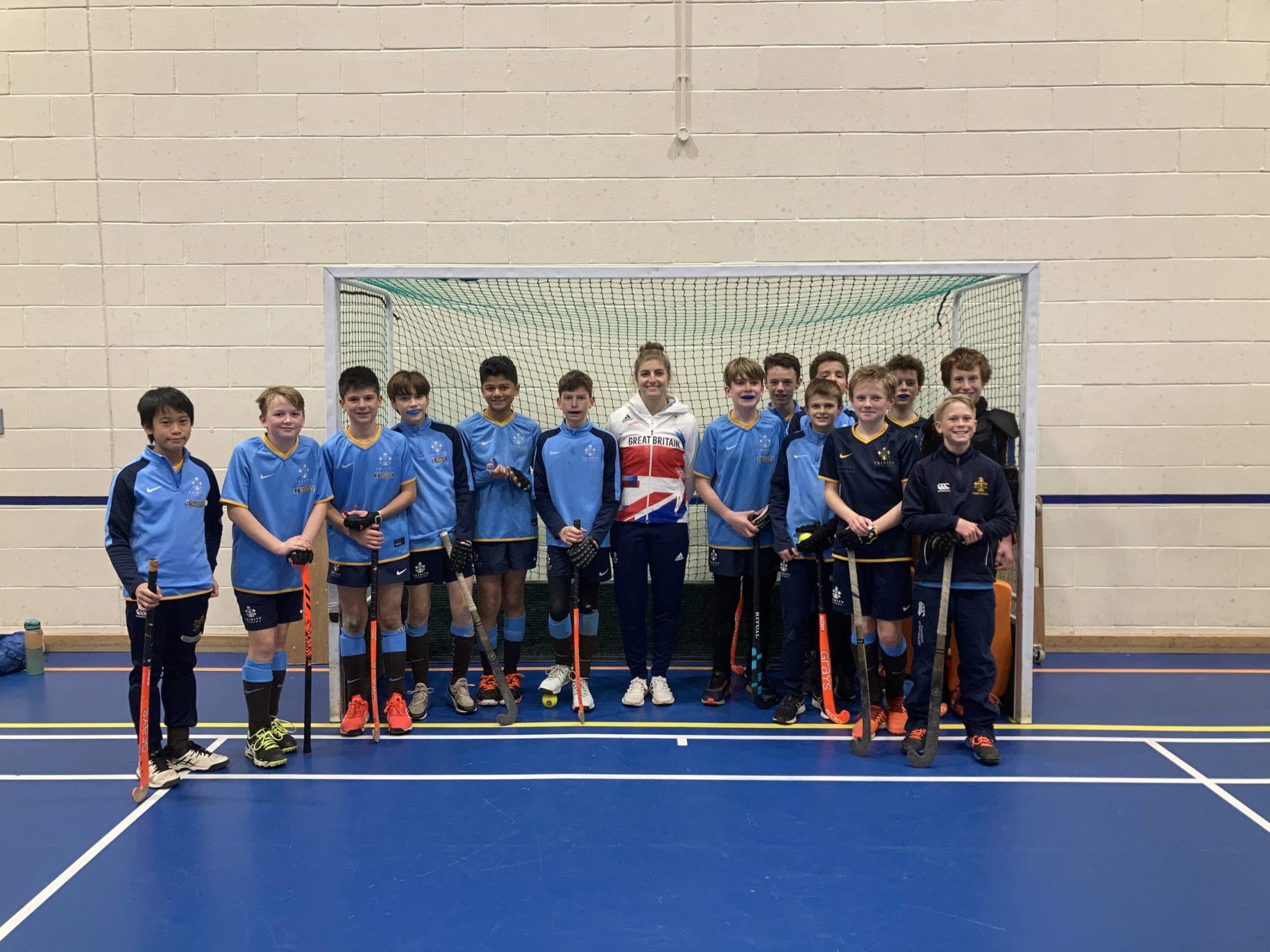 This week in Academic PE Society, elite athlete Sarah Evans came to talk to Trinity students on the topic of: “Diversity and Equality barriers faced by elite and recreational sportspeople in the UK.”

Sarah gained 122 International caps for England and Great Britain between 2013 and 2021; winning European and Commonwealth medals. She represented England in front of thousands of adoring home fans at the 2018 Women’s Hockey World Cup in London and was part of the Team GB squad that travelled to the Tokyo 2020 Olympics. She is also the captain of Surbiton Hockey Club’s women’s 1st XI and was part of the squad that won seven consecutive Premier Division titles between 2013/14-2019/20.

Whilst competing, Sarah used her platform and voice to push for change through the ‘Stick It To Racism’ campaign and by driving conversation within the Great Britain women’s squad, who then decided to take the knee out in Tokyo. She is also a lead mentor with the Hockey Mentors Academy and is passionate about enabling all children – no matter their background – equal opportunities to play. She is now one of nine members of the England Hockey Board’s Equality, Diversity, and Inclusion advisory group.

With over 40 students in attendance, Sarah talked through the basics of the 2010 Equality Act and shared her journey to becoming an elite athlete, outlining what inspires her to promote equality, diversity and inclusion in sport at all levels. She also emphasised the importance of actioning change across national governing bodies at boardroom level, before hosting an extensive Q&A with our students.

“She even popped into offer some words of inspiration to our current U13 indoor hockey team! Very many thanks to Sarah.”