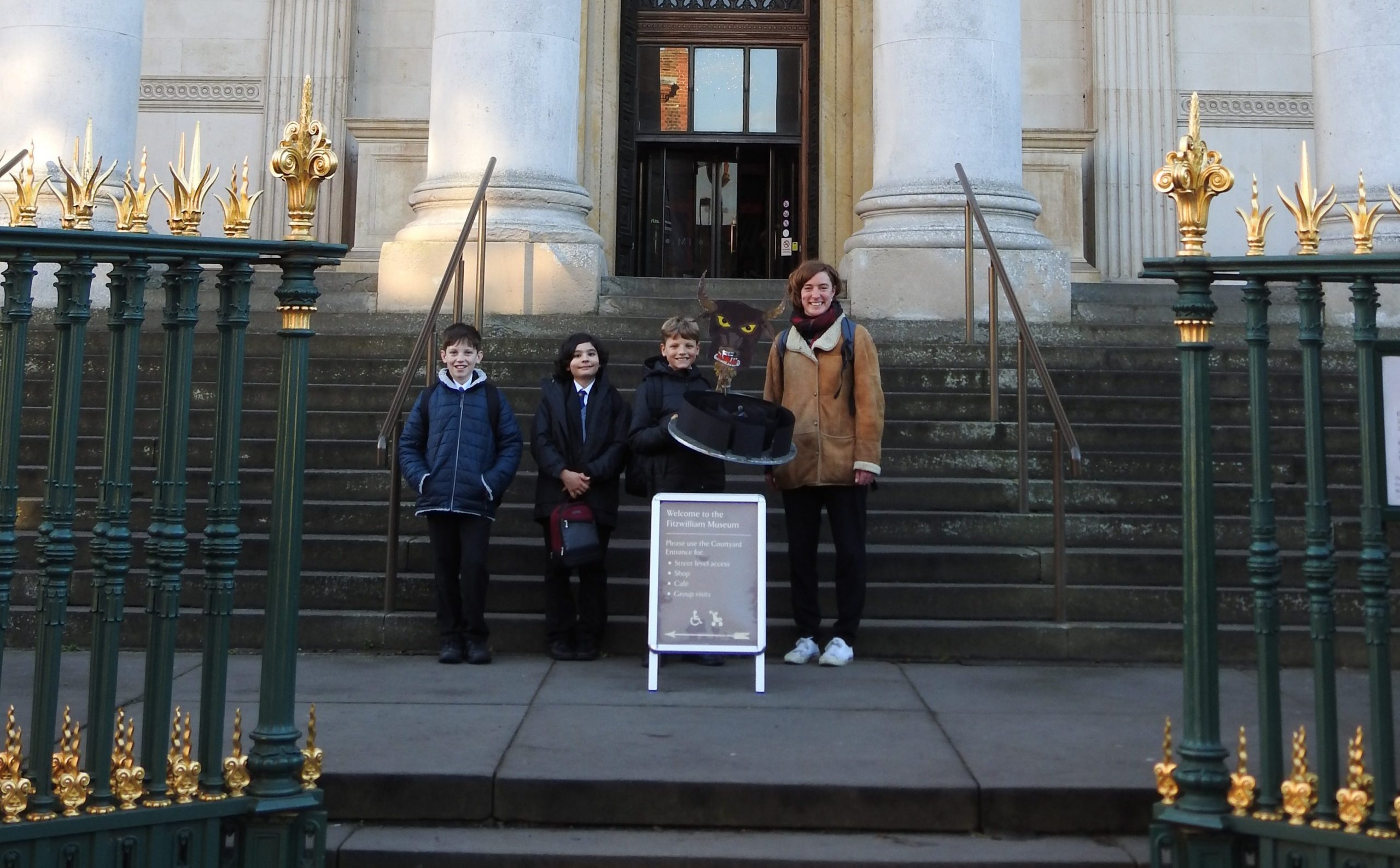 This week some of our First Year students had a very successful trip to the Fitzwilliam Museum in Cambridge, for the final of the Classics Ovid myths competition

Entrants were invited to recreate one of the myths from Ovid’s Metamorphoses in one of three categories; creative writing, an artefact or a live performance.

After the initial competition at Trinity, Tommy Wright, Gene Allaway and Bryn Moore were our three excited finalists. At the final this week they had the chance to explore the Fitzwilliam Museum on a myths treasure hunt, followed by a storytelling performance by Hugh Lupton.

After our entrant’s work was judged against other schools, we are delighted to share that Tommy Wright won 1st prize in his Creative Writing category. The judge, author Caroline Lawrence, said Tommy’s work was very impressive and she awarded him a signed copy of one of her books.

Gene Allaway was Highly Commended (3rd) in the artefact category with his impressive model of Theseus and the Minotaur (which made it all the way to Cambridge and back in one piece!).

Bryn Moore’s original entry was a poem about Pandora’s Box of Plastic which has been unleashed on the world. This took a well-deserved Runner-Up (2nd) in the Live Performance category.

Classics Teacher, Miss Boorman said “All three boys were such deserving finalists and they all came away with an award. I was very proud to see the boys represent Trinity School in a place as prestigious as Cambridge. What an honour – well done boys!”