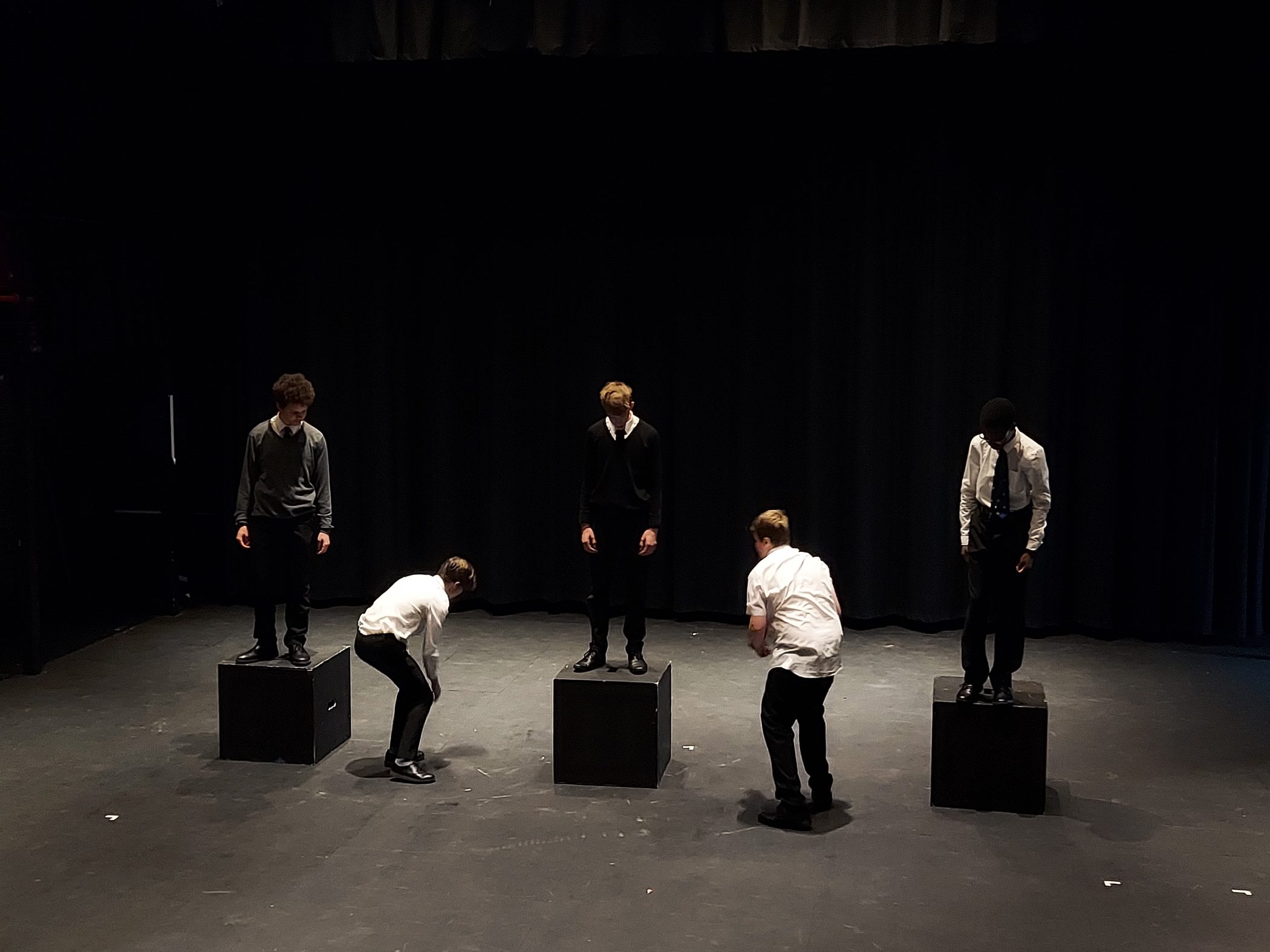 Fourth Year drama students created some imaginative, stylised scenes in response to the song lyrics in War Horse this week.

“The cohort really excelled in this task. Mr Chambers and I have been delighted by the enthusiasm with which Fourth Year students have applied themselves to the start of the GCSE course,” said Miss Robinson, Head of Academic Drama.

Their performances were enhanced with lighting by Aiden Keogh, working alongside Trinity’s theatre technician, Mr Adams.