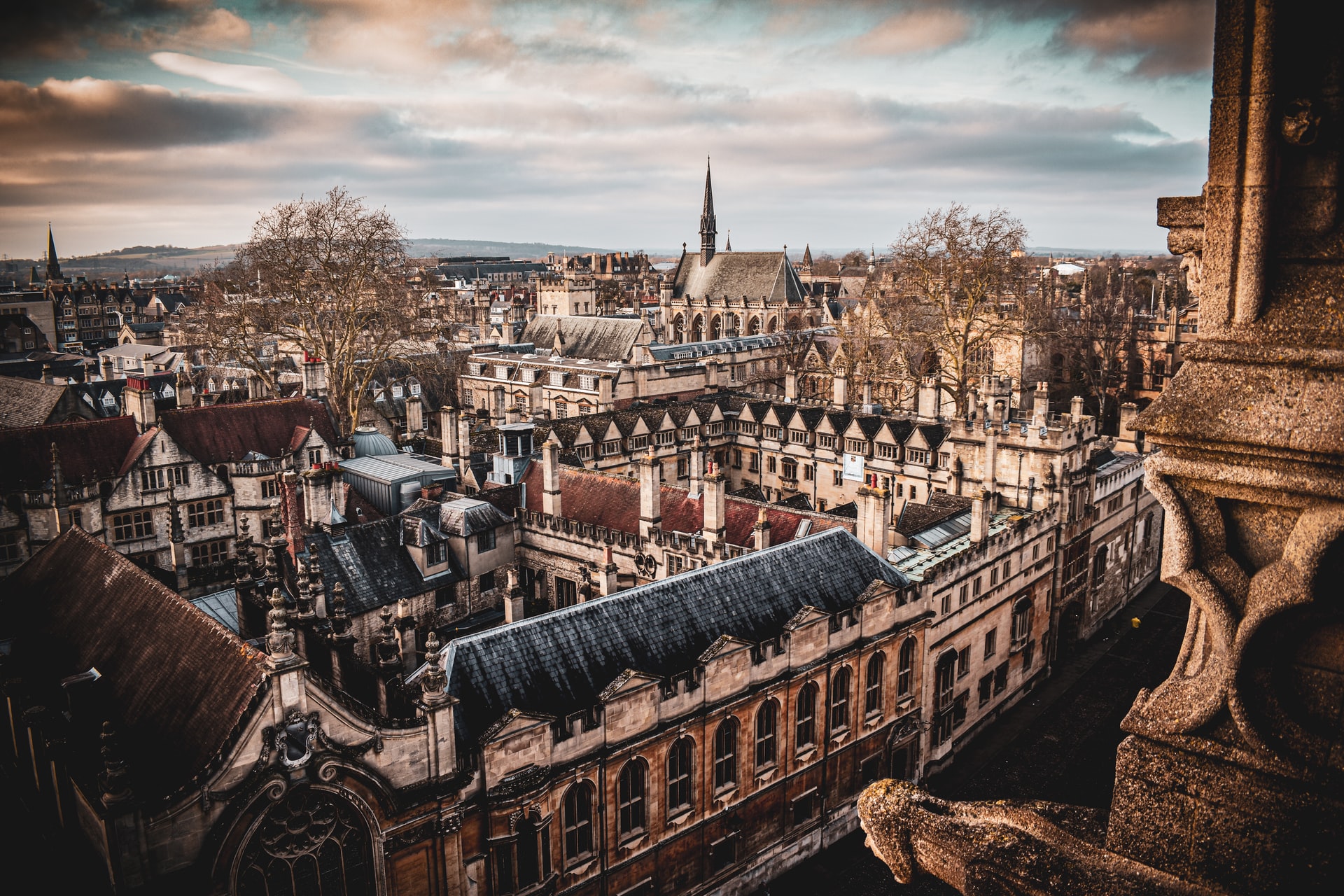 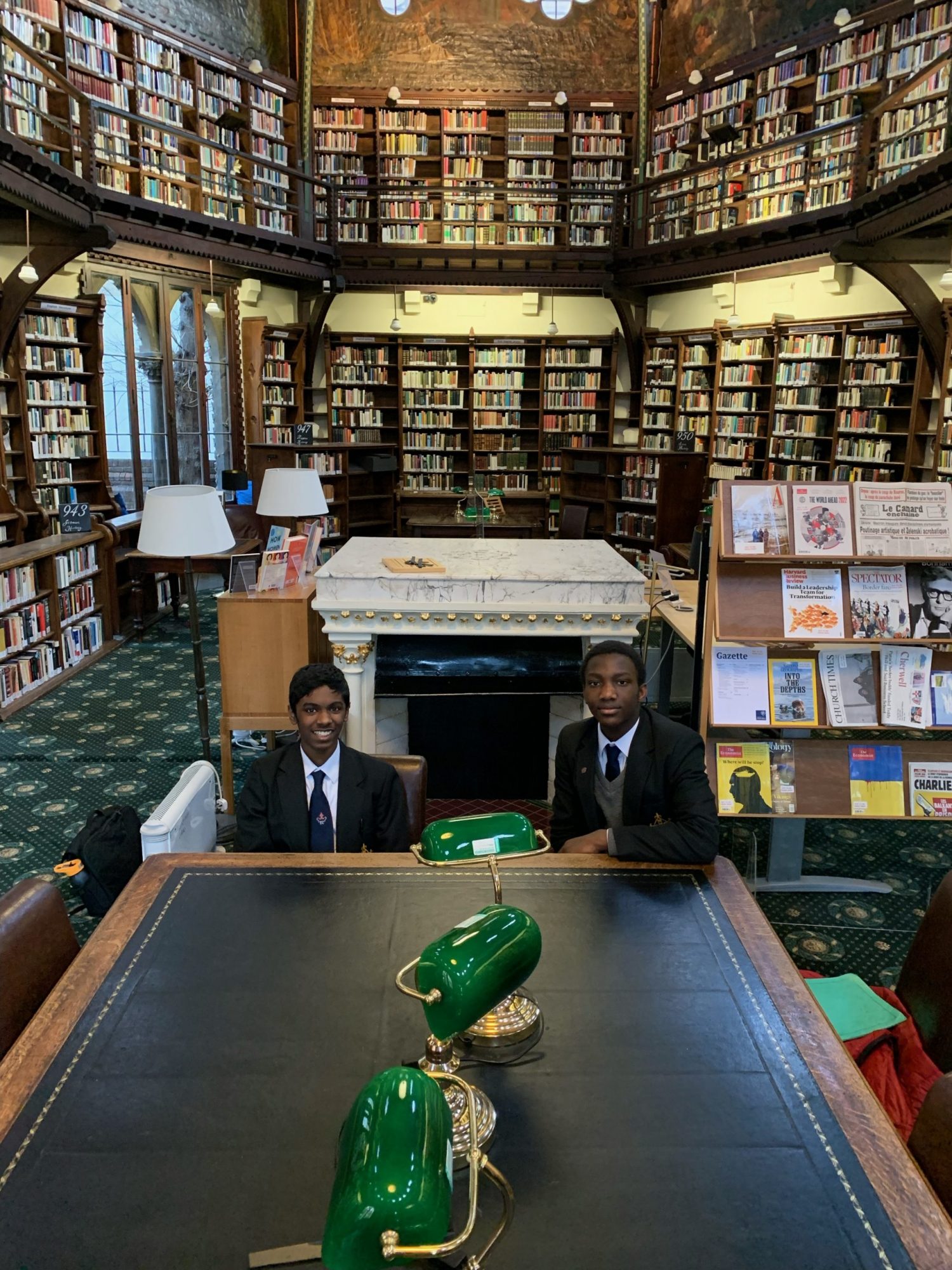 Fourth Year students Semiloore Bankole and Thushan Peiris recently competed at Finals Day at the Oxford Union Schools Debating competition. They competed against a field mostly comprised of Sixth Form students, and were in the youngest five students to make it to this stage.

Over 800 teams from five continents took part in the competition overall this year, with 100 teams taking part on Finals Day from the likes of Eton and Westminster in the UK to schools from Ireland, the Netherlands, Dubai, India, Canada, and Australia, which had flown over to compete.

They spoke impressively on motions including regulation of social media platforms, the introduction of a universal basic income, and the rise of citizen journalism. They were regularly singled out for praise by the judges.

Unfortunately they missed out on the final round by two points but their result puts them well within the top ten per cent of school-aged debaters worldwide.

Mr Paterson said: “The boys did fantastically to get this far in their first ever debating competition, and one of the most prestigious competitions globally. I was incredibly impressed with their performances, both their debates and their overall conduct. They never seemed out of place or over-awed, whether in the Union Chamber or debating in the Union Library, or any of the other venues across the day. I look forward to three more years of debating success for both of them!”

Semiloore said: “I have learned so much about debating from this. My notebook is full of pages of feedback and new technical terms so next year I can aim to make the Semi Final.”

Thushan added: “The pressure of only having 15 minutes to prepare after hearing the motion is so useful for learning how to quickly break down a topic and construct watertight arguments. There are lots of skills I can take away from this competition.” 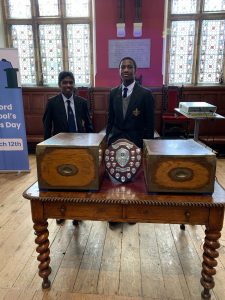 "This really is an incredible achievement for Fourth Year students. Their result put them well within the top ten per cent of school-aged debaters worldwide." 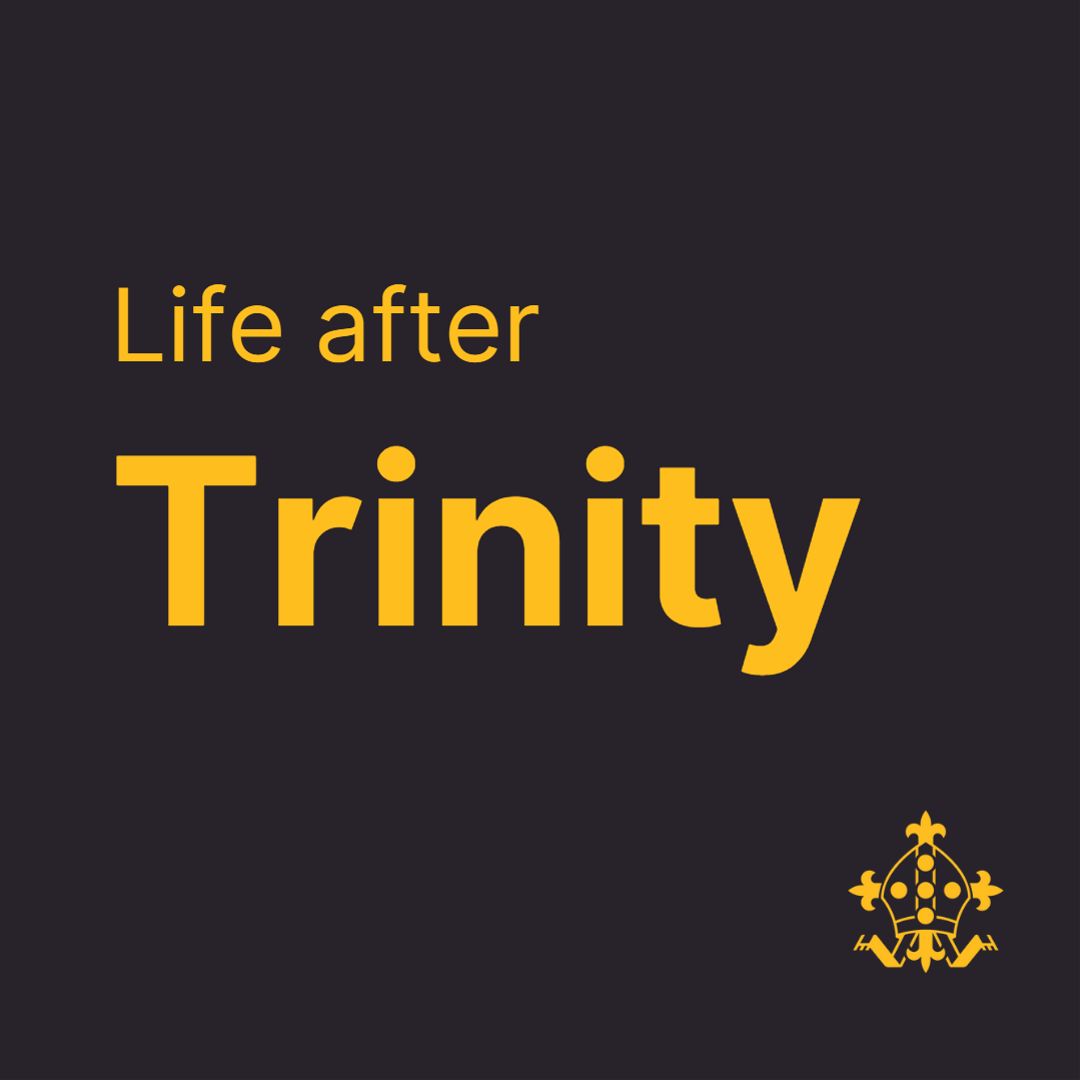 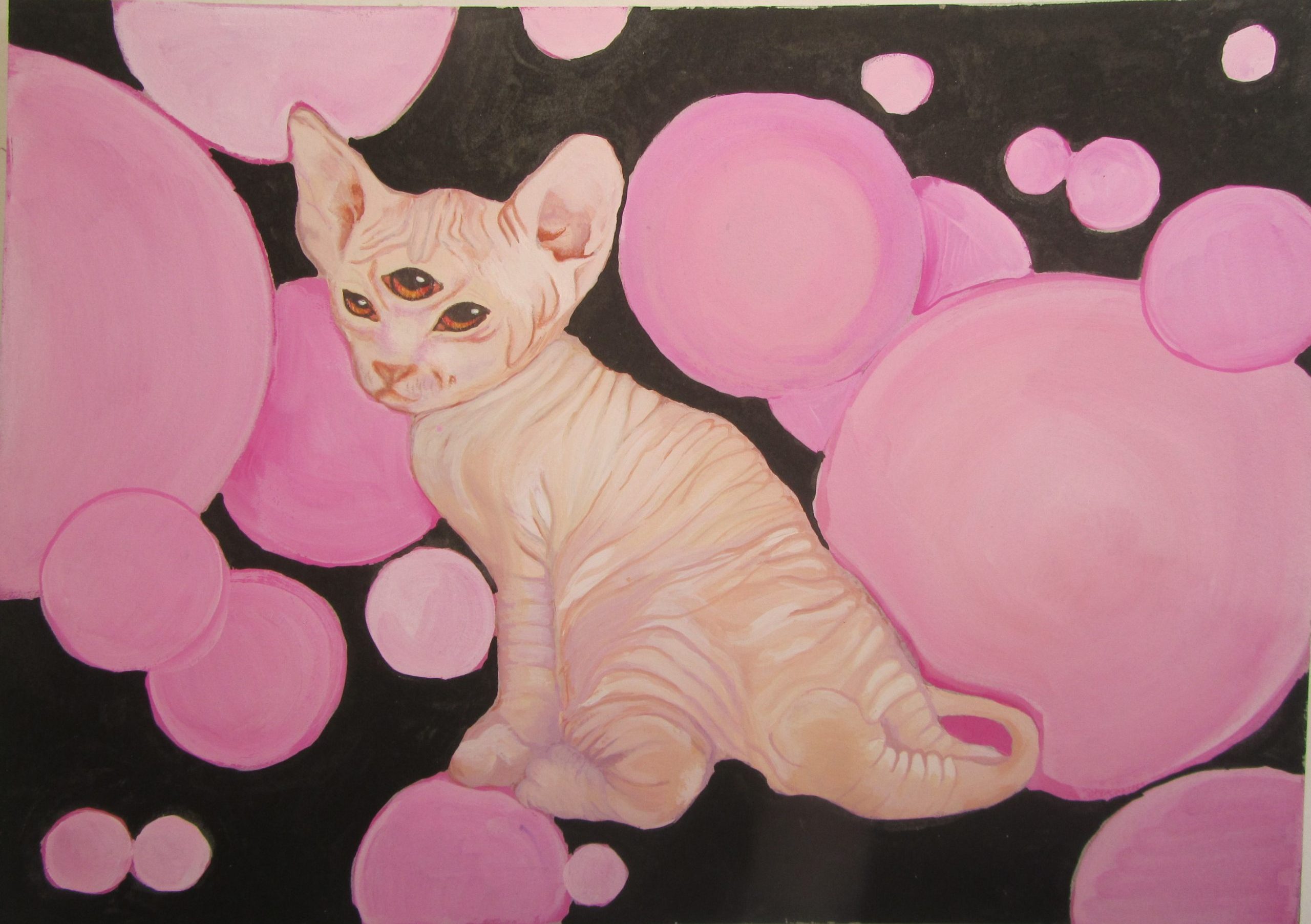 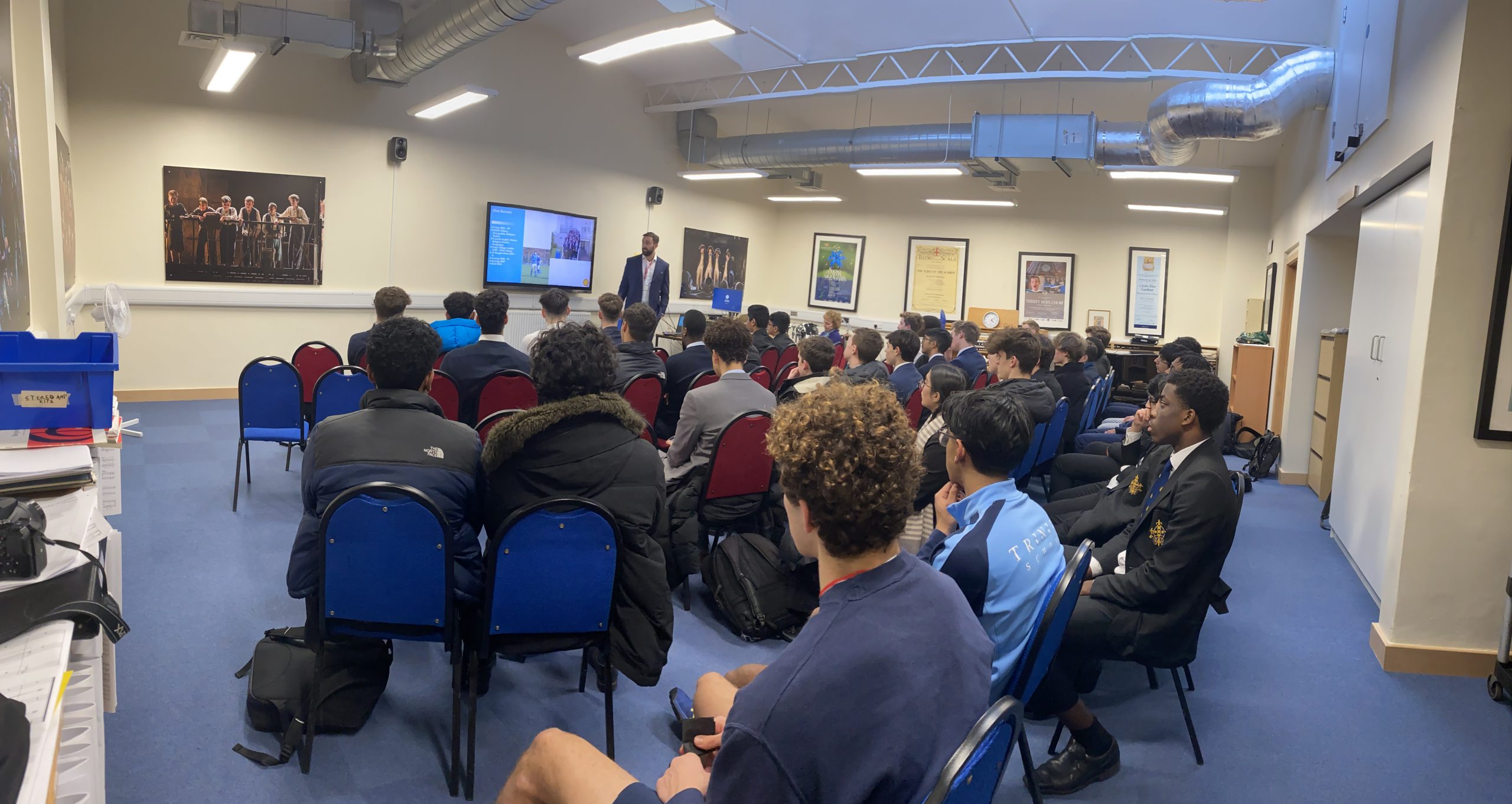