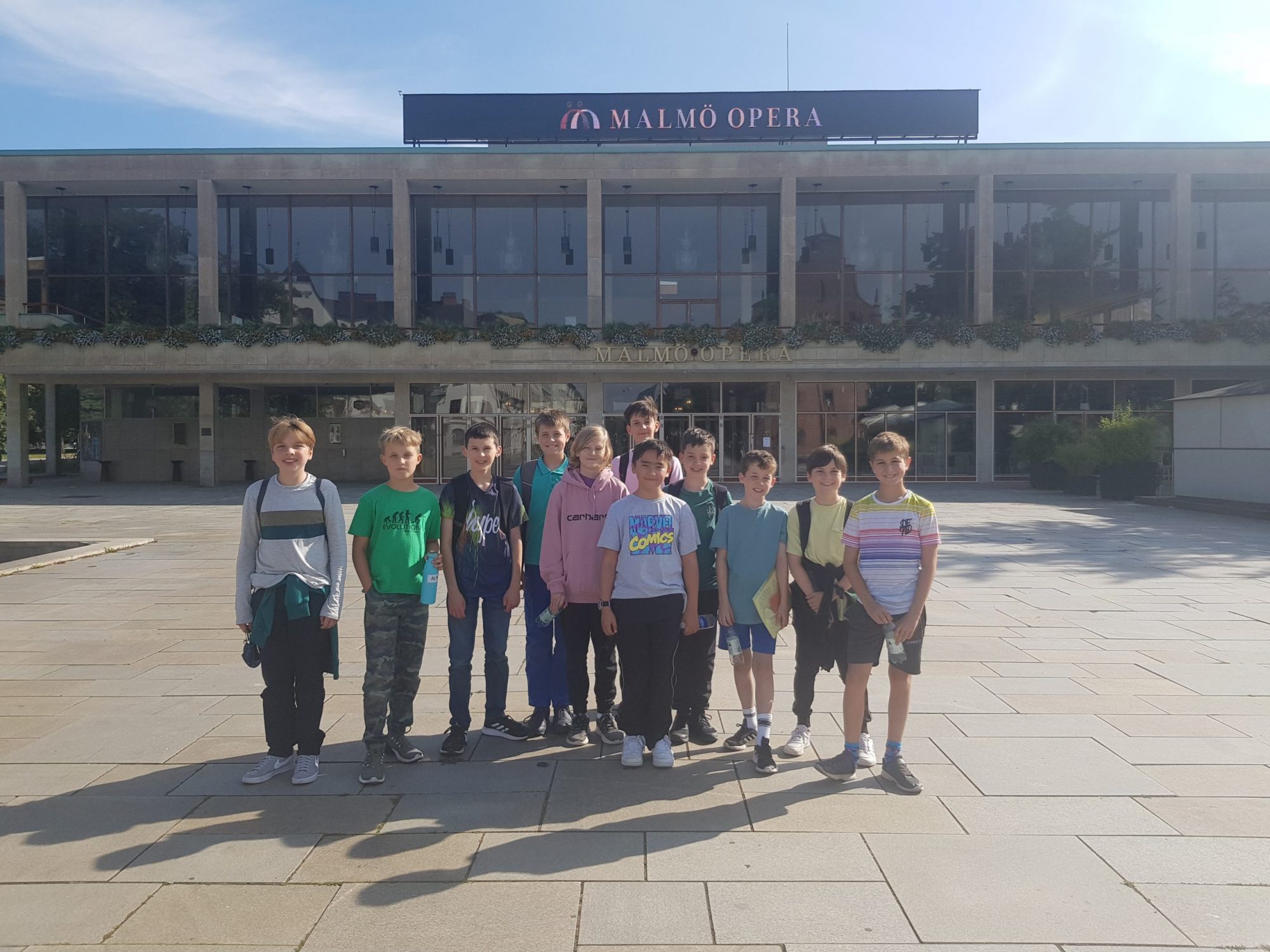 Eleven members of Trinity Boys Choir are currently in Malmö, Sweden, having just completed two weeks of rehearsals for the opera of A Midsummer Nights Dream.

“This is a particularly exciting project for the choir as it heralds a return of international engagements,” says Mr Swinson, Director of Music. “The boys are performing the famous production of the opera by Sir Peter Hall for Glyndebourne. Generations of Trinity boys have performed this production with distinction and this is the reason we have been invited to perform in Sweden.”

Ben, who is playing the part of Moth, a solo fairy, explains: “I joined the choir and got asked if I would like to audition … a week later found out that I had got a part.

“It has been really fun, and the rehearsals are quite tiring, but they are worth it because they are so entertaining.”

Ben says he has also particularly enjoyed going out to parks and crazy golf, adding that he would ‘definitely’ encourage other students to get involved with the choir: “They should definitely take any chance they get to do something like this.”

Meanwhile, Leo, who is playing Cobweb, says: “My favourite part of this trip is seeing how well Sweden takes care of their streets and parks and public spaces – and being able to use them.”

We look forward to hearing more update from the boys shortly.

“This is a particularly exciting project for the choir as it heralds a return of international engagements."