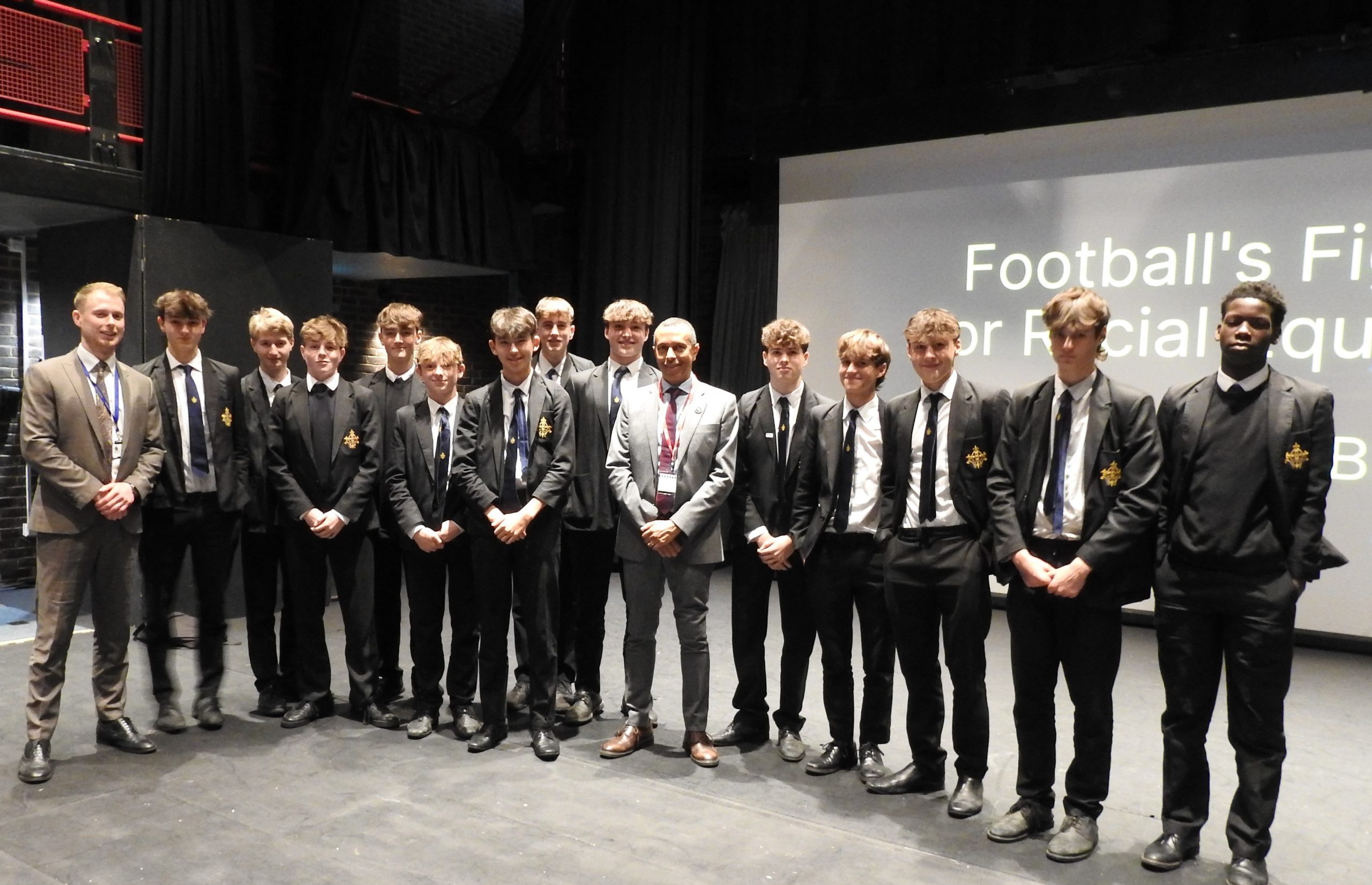 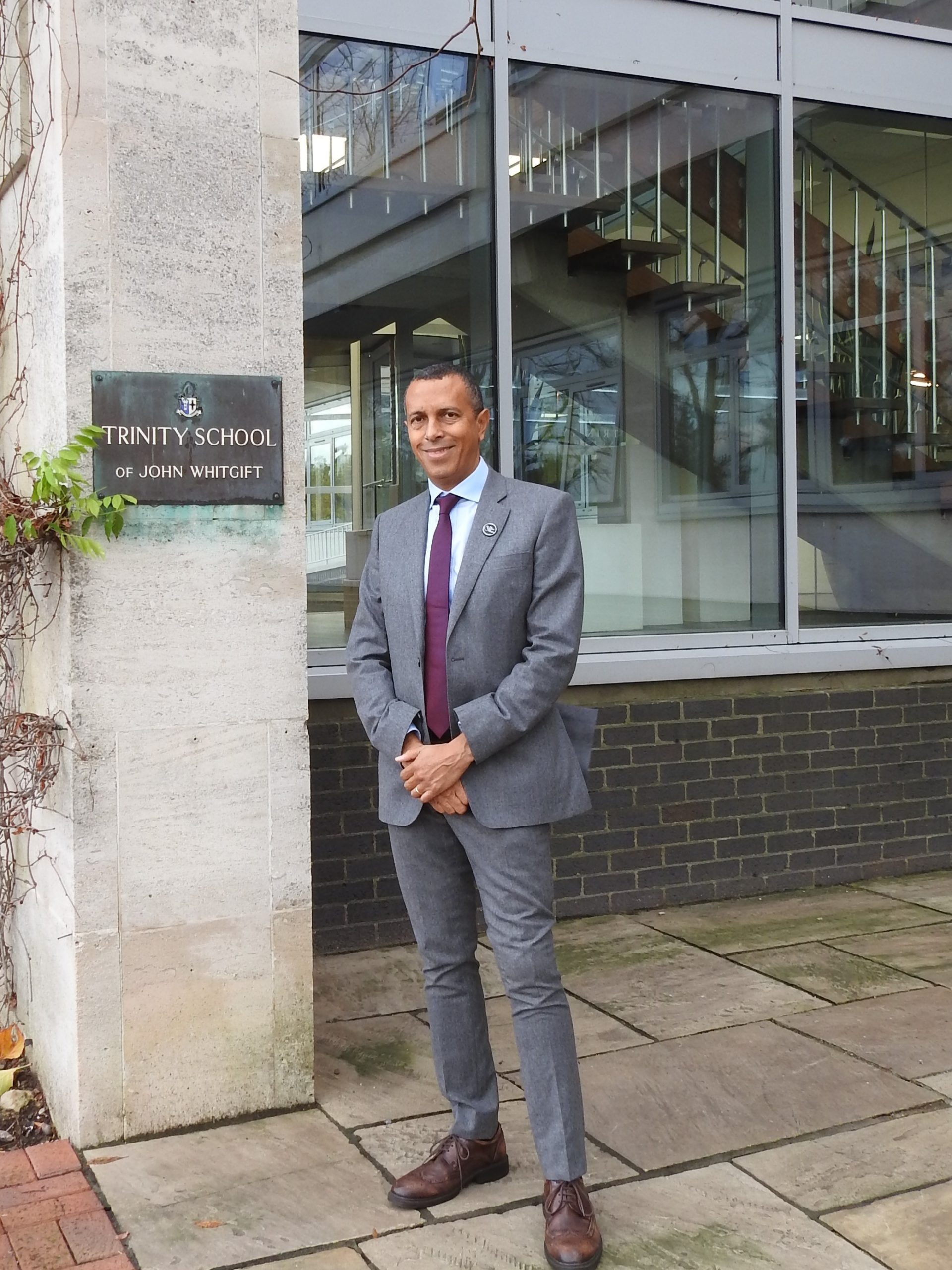 This week we were delighted to welcome Trinity Alumnus Paul Cleal OBE (Class of 1984) to talk to students and staff about his work on equality, diversity and inclusion (EDI)- specifically tackling racism in football. He spoke about his love of football as a lifelong Palace fan and stepping out onto the pitch as a Palace ball boy; his varied career and his current work with the Premier League; he then took some great questions from the audience. Huge thanks to Paul for giving his time and to all students who attended.

Paul has had an incredible career since leaving Trinity, being awarded an OBE in 2020 for his work on equality and inclusion across various organisations. He is currently Equality Advisor to the Premier League Board and is playing a key role in the No Room For Racism Action Plan, which outlines a series of commitments aimed at creating greater access to opportunities and career progression for Black, Asian and other minority ethnic groups in football, and actions to eradicate racial prejudice.

Paul talked about the Premier League’s recent decision to reduce the number of times players take the knee before a match in a stand against racism, because it had started to lose meaning and had started to generate opposition. Players will still take the knee at certain times throughout the season – first game, last game and a few in between. A student questioned whether this was the right decision and Paul admitted they would have to wait and see, but he felt it had become challenging for the players and they had to try to change it.

When questioned on which aspect of the plan was more of a priority, Paul said that although increasing diversity in coaching is the iconic issue in football – there is currently only one Black manager, Patrick Vieira for Crystal Palace – social media is the more challenging and important issue.

For coaches, there’s a clear path – it’s about providing opportunities and support for Black, Asian and ethnic minority individuals to develop to the level required to become a coach. Working in collaboration with the clubs and academies to increase that representation.

Social media is a trickier beast and although the big social media providers are on-side, it is still challenging to pursue prosecution. However, as part of his work at the Premier League, a few people have recently been prosecuted for racist language and behaviour online. This is a positive move in the right direction but will be a slow process.

A female student challenged Paul about diversity in women’s football. He admitted there had been aspects of the development of the women’s game which had not helped diversity – for example when trying to improve technical aspects, development centres had been set up in areas (requiring a car, outside of cities) which may have excluded a more diverse population. There has now been investment in this area from the Premier League and the FA, so Paul hopes we’ll start to see a change.

Lastly a student asked whether Paul thought racism would ever not be an issue. He said he hoped so and it was all down to the next generation, the students of Trinity, to carry on the positive work. He said so much has already changed since he was at Trinity – the student population is so much more diverse now and within society there is more diversity in different sectors like government, business, fashion, sport. Many of the individuals who are being arrested and prosecuted for racism are the older generation, but it is not enough to wait for them to die out – we also need to be taking action now and together can make significant progress.