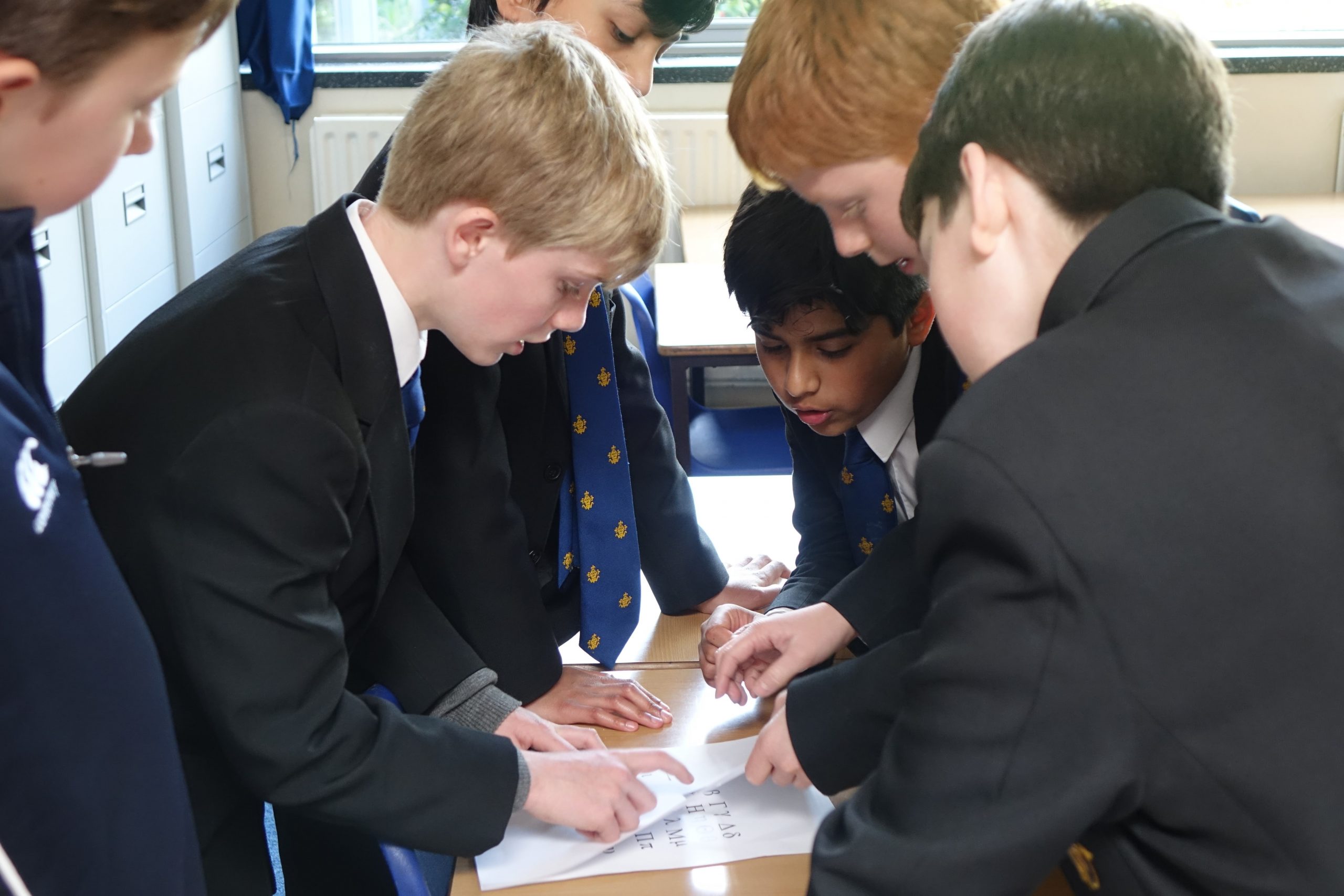 Students practiced teamwork skills and were deep in concentration during the challenge.

In Greek mythology, the Labyrinth (synonymous with maze) was a structure designed and built by the legendary artificer Daedalus for King Minos of Crete at Knossos. Its function was to hold the Minotaur, the monster eventually killed by the hero Theseus. Daedalus had so cleverly made the Labyrinth he could barely escape it after he built it.