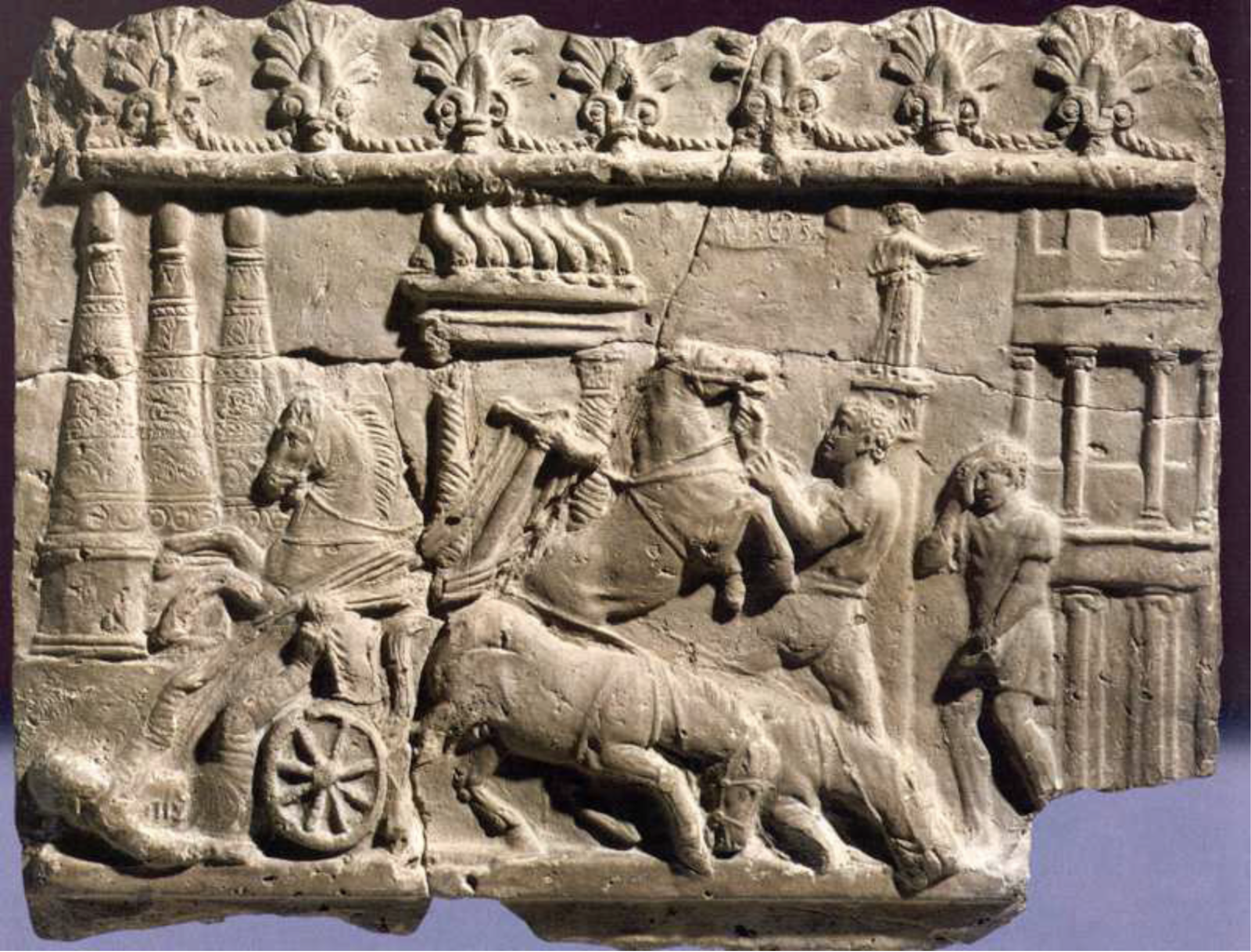 Lower Sixth students bring a day at the races to life – Roman style!

Presenting live to their year group as well as to the Upper Sixth and Fifth Year via Teams, they gave a fascinating exploration of the full experience of a day at the Roman chariot races – via poems, art and letters.

Rosemary explains that the talk focused on the spectacle of Roman chariot racing.

“We spoke about all of the different teams and how they reinforced the social hierarchy in Rome, as well as the exciting tactics,” she says. “We also spoke about the authors who have written about the chariot races. Overall the races were an extremely popular pastime in Rome and most definitely look like a great day out for all the family.”

“It was so great to get a flavour of how the Romans entertained themselves at the races, and the way you incorporated what all the different authors – from Ovid to Virgil – had to say about the topic was really interesting and elucidating and brought things to life for us. I definitely learnt a lot myself,” said Miss Van Dal, Head of Classics.

Well done to the girls involved.