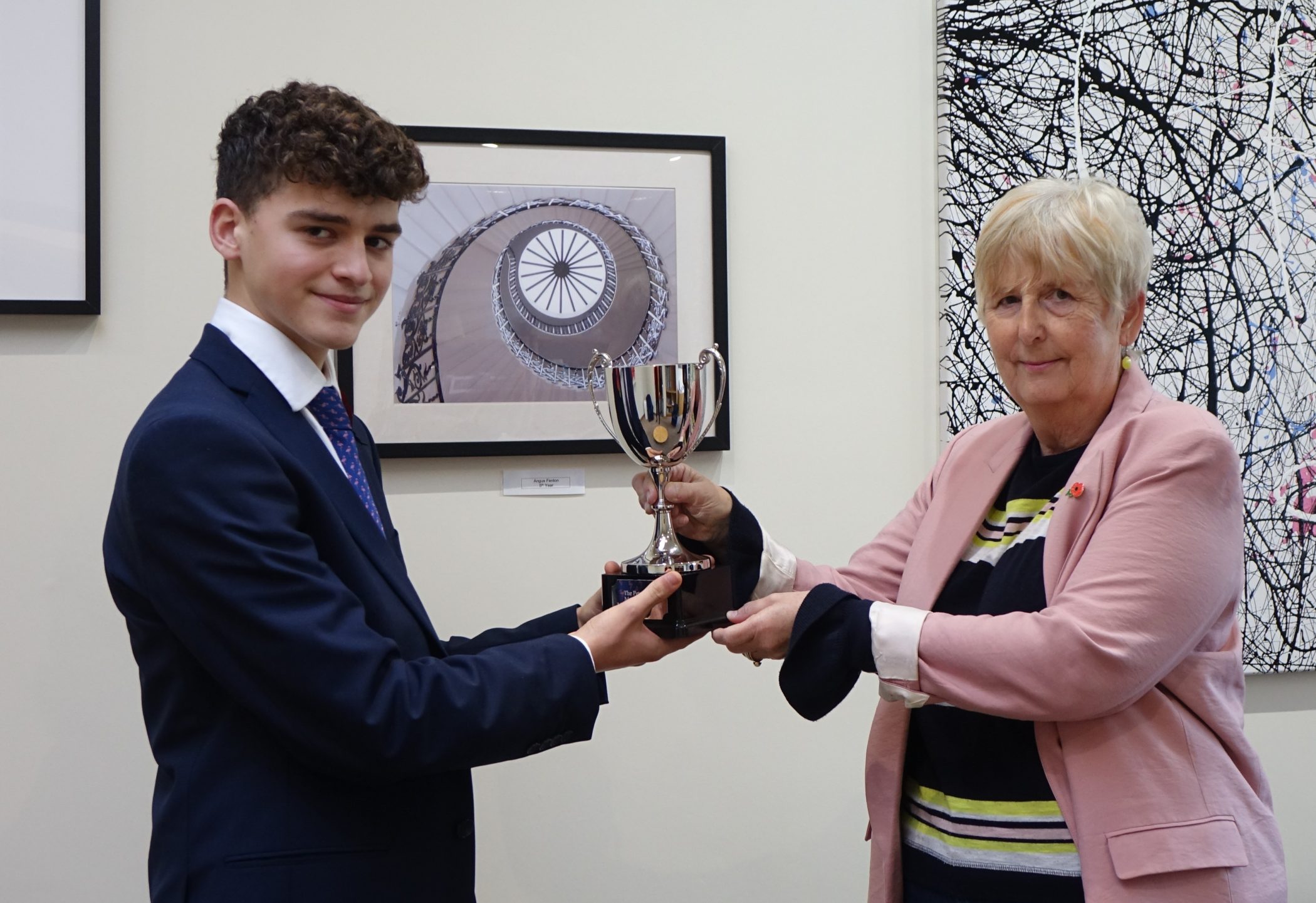 Peter Rule taught at Trinity for 39 years retiring in 2015.  He ran the CCF for 20 years.  He sadly died recently. His wife, Hilary, came to award the cup to Oliver this week.

Mr Strange, Head of the Royal Navy section, said: “Oliver has always attended Field Days and been the first to sign up. His maritime understanding is broad and during his time in the CCF he has acquired many skills and qualification in sailing and powerboating – and he was part of the winning crew of a round the Isle of Wight Sail Challenge. Moreover, the respect he has gained from his peers makes him an exceptional leader.

“Just recently however, the work that has had done in planning and leading recruit training for all the sections within the CCF has made him stand head and shoulders above his peers. His kind leadership, enthusiasm and commitment for adventurous activities and willingness to share this with younger cadets is exactly what the school community needs. The maturity he displays is why we have decided to support his application to the Royal Navy to be a cadet of the First Sea Lord (if successful he will be one of only 20 cadets across the country) and why he is a worthy winner of the Memorial Trophy.”