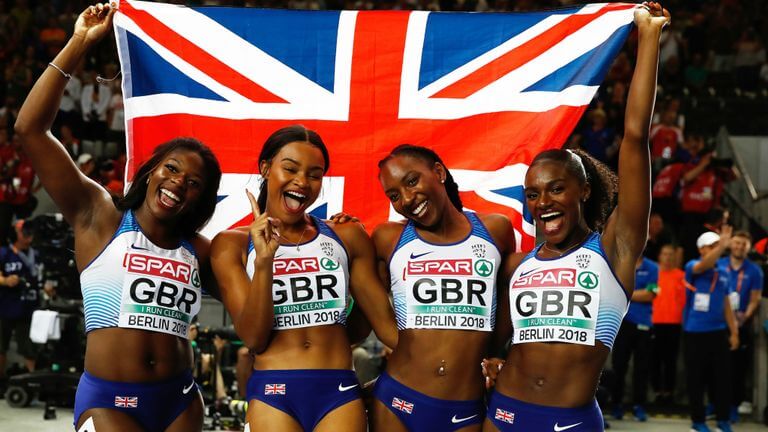 Trinity alumna Imani Lansiquot won gold at the European Championships in Berlin in the women’s 4x100m relay in a thrilling final.

Along with team mates Diane Asher-Smith, Asha Philip and Bianca Williams, the team won gold in 41.88 seconds, a world-leading time.

Imani had already surpassed expectations by claiming 6th in the women’s 100m final, after qualifying for the games at the World Cup in London.

On wining the gold in Berlin, Imani said: “I’m absolutely ecstatic to do this with these girls. They’ve made me feel welcome since day one and the most important thing was to have fun with it.”

“In the last two weeks I’ve made it to my first ever senior champs, my first ever senior final in my most consistent year ever. This time last year I would’ve never thought I’d be the 6th fastest woman in Europe. So happy but never satisfied! This is just the beginning.”