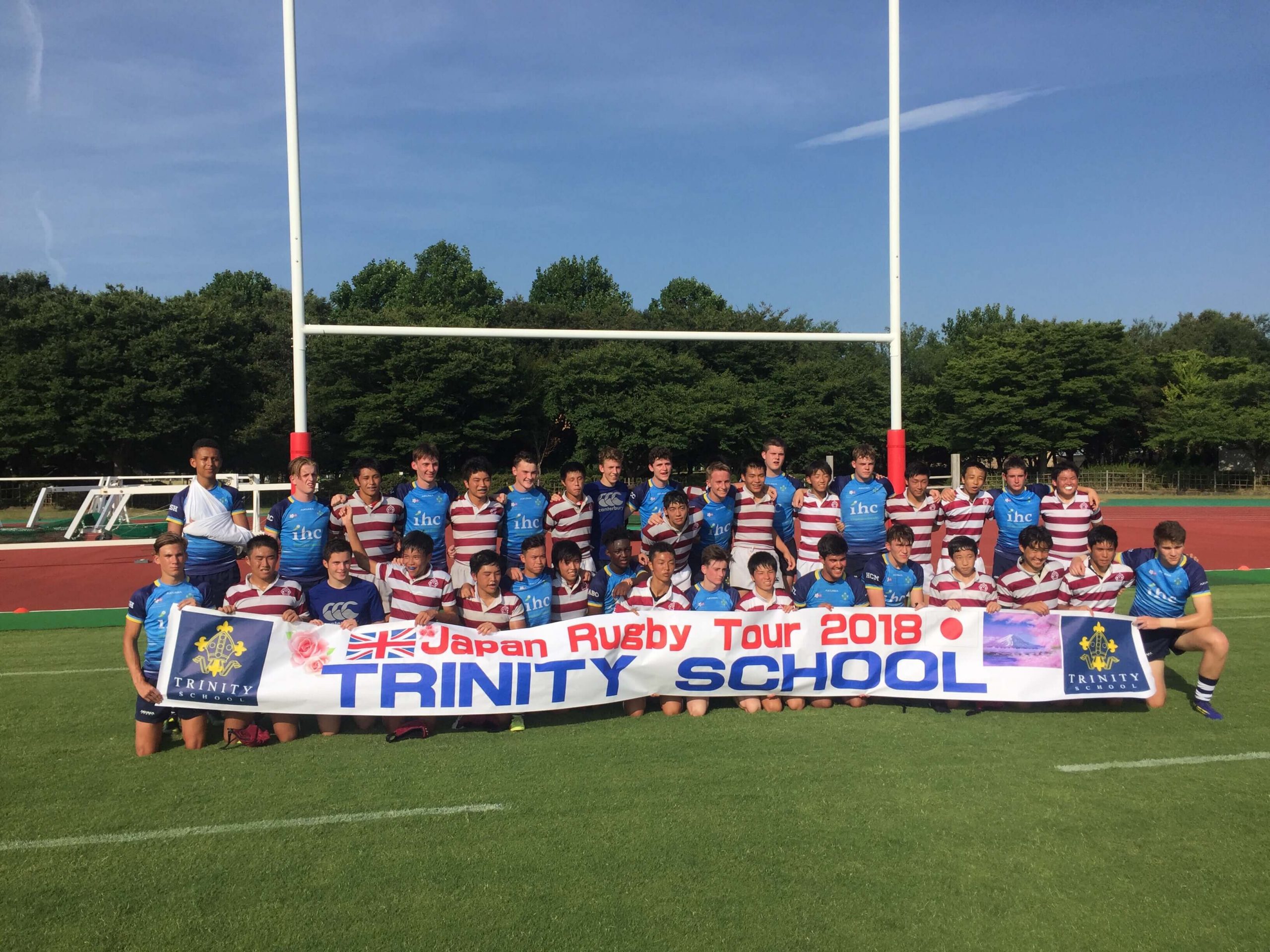 During the summer holidays our sports department had a fantastic experience on the tour to Singapore and Japan.

34 boys and 4 members of staff were away for 2 and a half weeks and returned with some amazing memories. Singapore was the first stop and the boys enjoyed seeing the sights of Singapore. A day at the beach, the Merlion, Gardens by the Bay were all highlights but the Buddha Tooth Relic Temple was a standout with one of the chambers holding over 350kg of gold! The boys also managed to fit in a game in 35 degree heat. They played well to win convincingly in the end.

On to Japan, and their first stop was Tokyo – what a city! The boys enjoyed a day in Tokyo Disneyland before playing their first fixture. The boys were taken by the Japanese culture – they were clapped onto the field by their hosts and greeted with a team bow and handshake – something they became accustomed to throughout the tour. Once again, the boys played very well to win comfortably.

For many, the highlight of the tour was staying at a ‘rugby camp’ in Sugadaira where they enjoyed great facilities and some gruelling training. This set the tone for the rest of the tour and our rugby standard continued to raise. All in all, they played 8 games on the tour and won 7, unfortunately narrowly losing the last game of the tour. Some outstanding rugby was played.

The boys loved Japan, another highlight was being hosted by high school children in Niigata. The boys all reported how amazing their hosts were and they got treated fantastically for two days whilst experiencing real Japanese culture.

The boys were also lucky enough to experience Hiroshima and attended the Peace Memorial Museum which was a harrowing experience. Throughout the tour, they braved a heatwave and a mini typhoon, but all the way through the boys were incredibly well behaved and really ‘bought into’ what a tour is for – making memories that you will remember for the rest of your life!