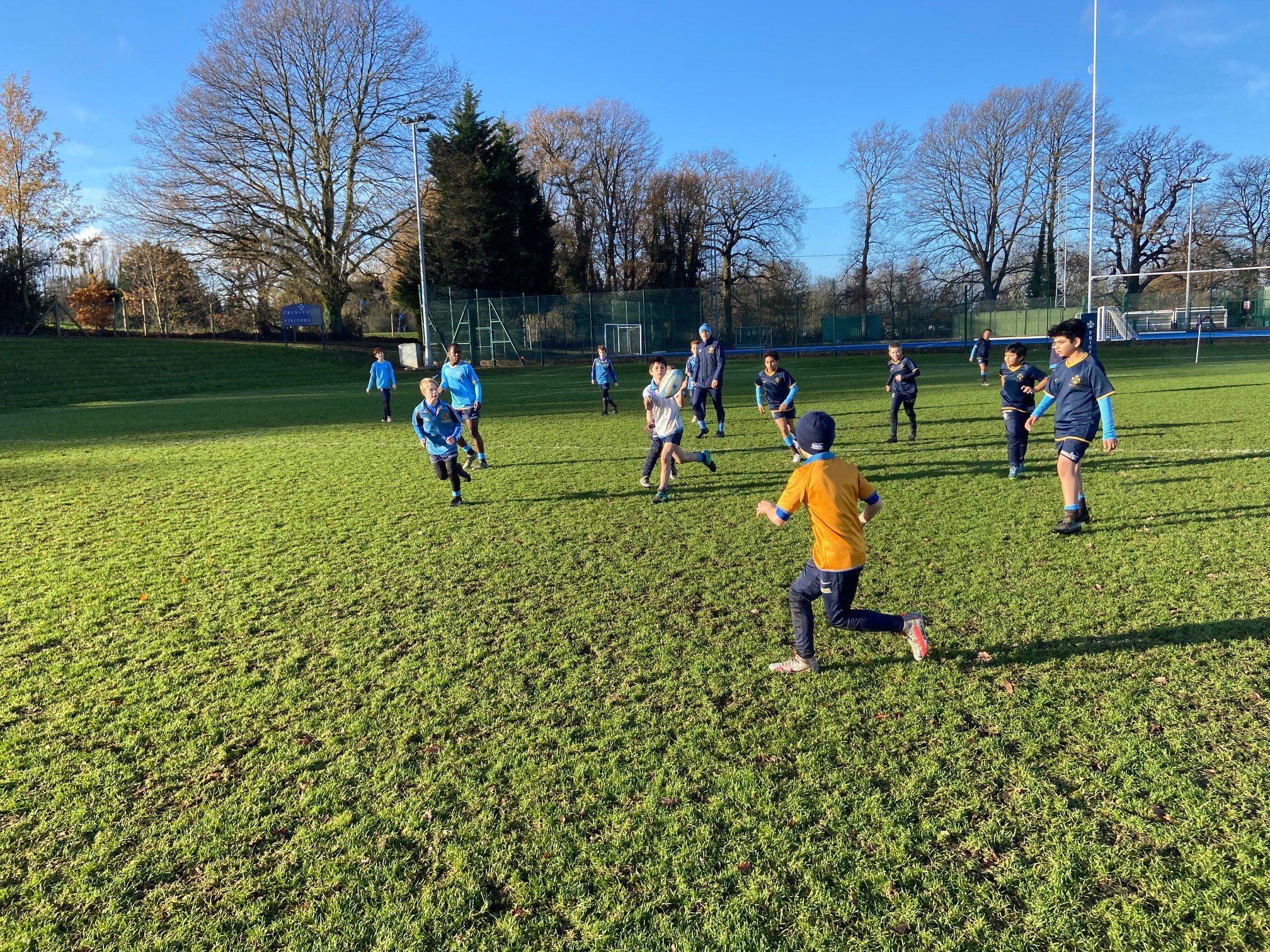 We were able to get out on the fields for some competitive Saturday morning Rugby last weekend, thanks to the Trinity Rugby Festival; an internal touch competition featuring over 350 students from across the school.

The U11s split into six teams representing the international teams from the annual 6 Nations competition. It was Italy led by Dylan Robson who came out victorious, whilst Tobore Agbanje representing England and Jamie Woodward representing France were picked out for outstanding performances on the day.

The U12s had an incredible turnout with over 80 students splitting into 12 teams from all over the world. It was Wales who eventually came out on top, despite a draw in their semi-final with South Africa. Josh Gardner, Jacob Fasida and James Bradburn led the way for Wales with Josh Bell (also playing for Wales), James Legge and Camilo Godoy-Murphy picked out as the players of the day.

In the U13s it was New Zealand who came out on top led by Max Anderson, who was also picked as player of the tournament for his outstanding play and leadership.

In the U14s Lars Hansen (representing Scotland) and Gabriel Bonsu-Amako (representing South Africa) were picked out as players of the tournament and it was their teams that squared off in a tense final, with Scotland coming out on top.

In the U15s Wales and Scotland squared off in a tightly contested final with Wales prevailing led by strong performances from Max Farrell, Omar Leon and Jaedon Osei-Bonsu who has had a fantastic year. Lucas Friday and Charlie Carter were picked out as players of the tournament.

After leading England to a win earlier in the year during a game’s session, Finn Kennedy led Scotland to victory this weekend in the U16s and was also nominated for player of the tournament.

Finally, in the U17s New Zealand went unbeaten despite a close final encounter with South Africa. The work rate of Ben Young, Ed Pauling, James Duffy, Dan McCarthy and Nathan Bowry saw them home with Ben Young and Joe Connolley being picked out as players of the tournament.

“I would like to thank all the students, parents and staff who despite the difficulties this term have shown great support to the rugby program and enabled us to have a truly enjoyable Saturday morning of sport. The spirit amongst the Trinity rugby community is still strong and I look forward to more competitive sport in the new year,” said Mr Roberts, Head of Rugby.

Trinity Rugby – Team of the Term – is as follows: