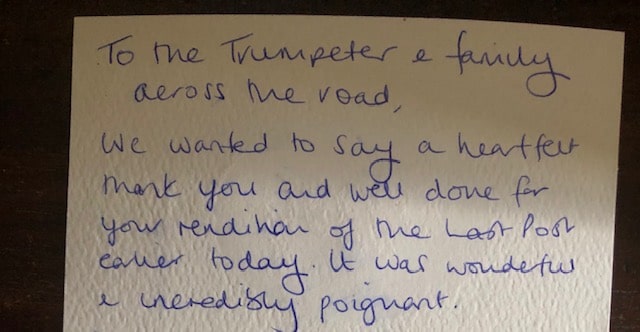 Trumpeters up and down the country marked the 75th anniversary of Victory in Europe (VE) day.

Second Year student, Joseph, was among them, playing to his entire street.

The tune, The Last Post, was heard at the top end of the road, becoming the talking point on the local Whatsapp group.

Joseph’s Grandfather, who served in the British Army, was particularly moved.

His family even received a note, thanking him for the ‘poignant’ rendition.

Joseph has previously played at Remembrance Sunday at church with Scouts. On such a special day in the middle of lockdown this was a special moment and a moving performance.