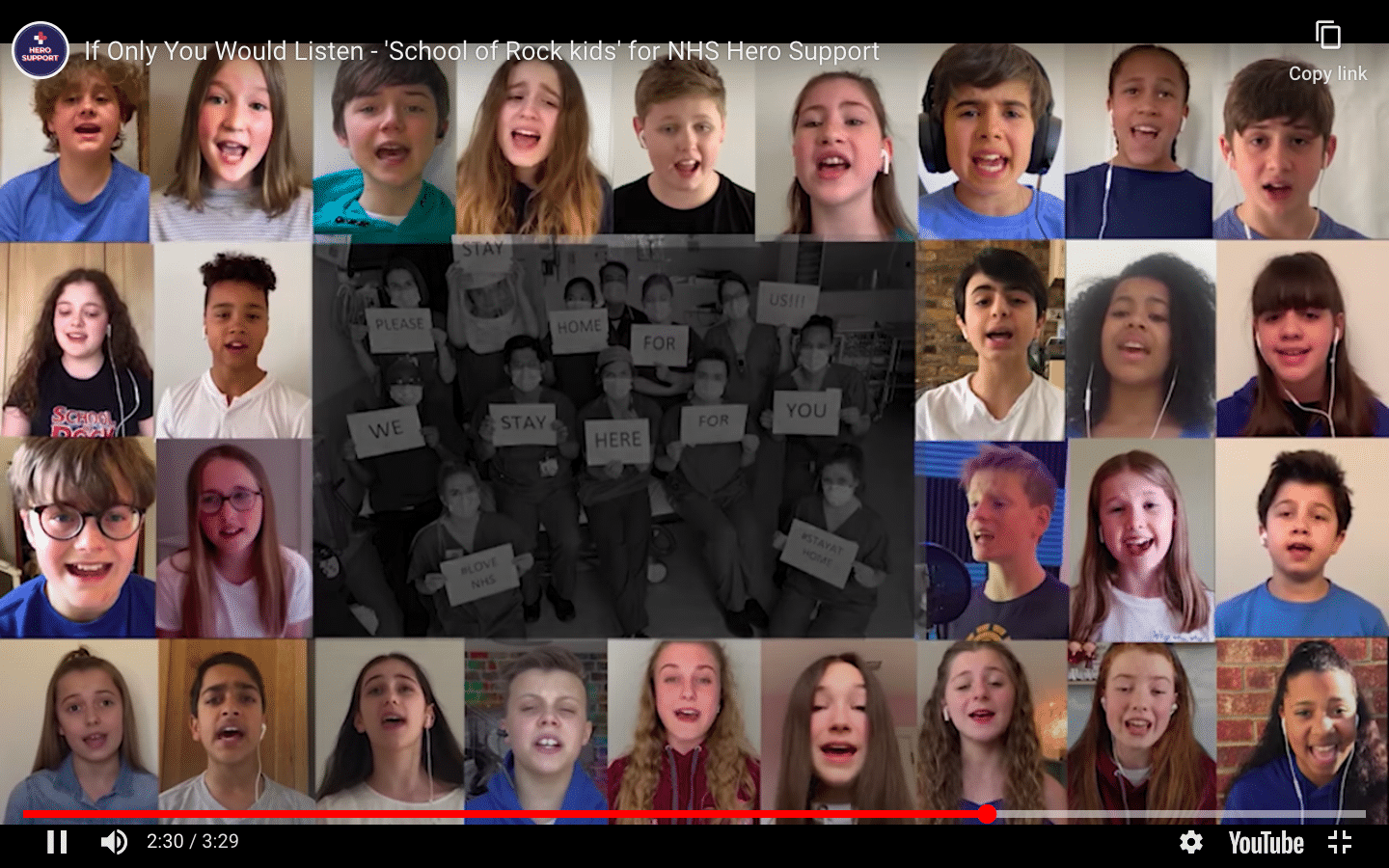 Together with his Dad, an NHS consultant, Jasper has re-written the lyrics to a song by Andrew Lloyd Webber in order to help raise money for NHS Hero Support, which provides Personal Protective Equipment (PPE) for frontline workers.

Entitled ‘If Only You Would Listen’, the song urges people to stay indoors, to stay safe, but above all to listen to carers’ pleas for more PPE, so that they can also stay safe whilst caring for others.

The video features tributes to frontline workers who have sadly lost their lives, and it thanks the NHS for all that it is doing.

In the video, the children, comprising the School of Rock cast, deliver a passionate plea to prevent more tragedy. “There’s so much more together we can do, to help us all to get through,” they sing, adding: “I promise one day I’ll make you hear.”

Jasper started performing in the West End hit musical in 2017, playing the major role of Freddy the drummer. He was later also cast as Zack, the lead guitarist in the award-winning show and is the only child to have secured two starring roles. The show celebrated its 1000th performance last year.

You can show your support by donating on the Visit NHS Hero Support website.

Well done, Jasper! We are so proud of you, your Dad and the rest of the NHS!