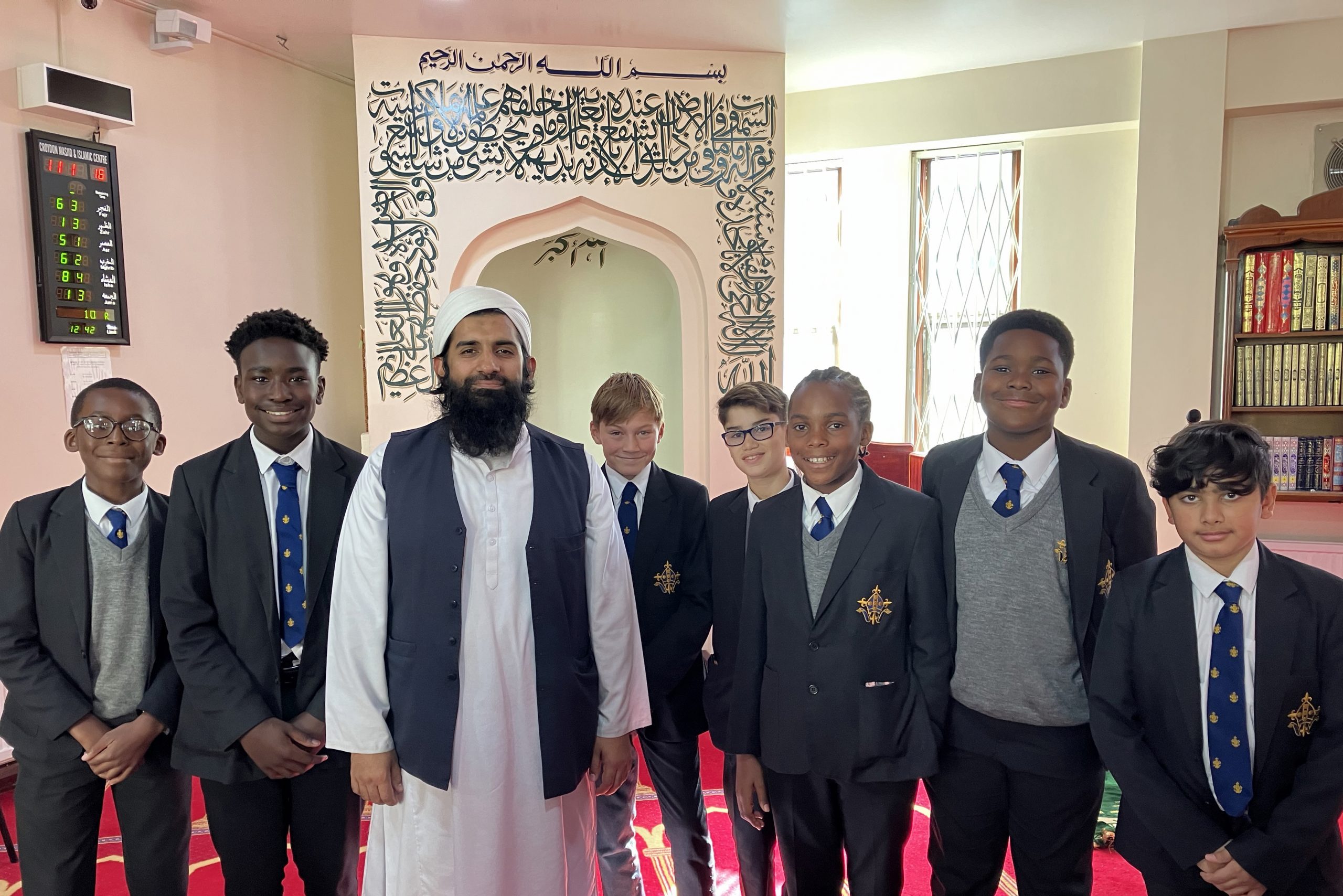 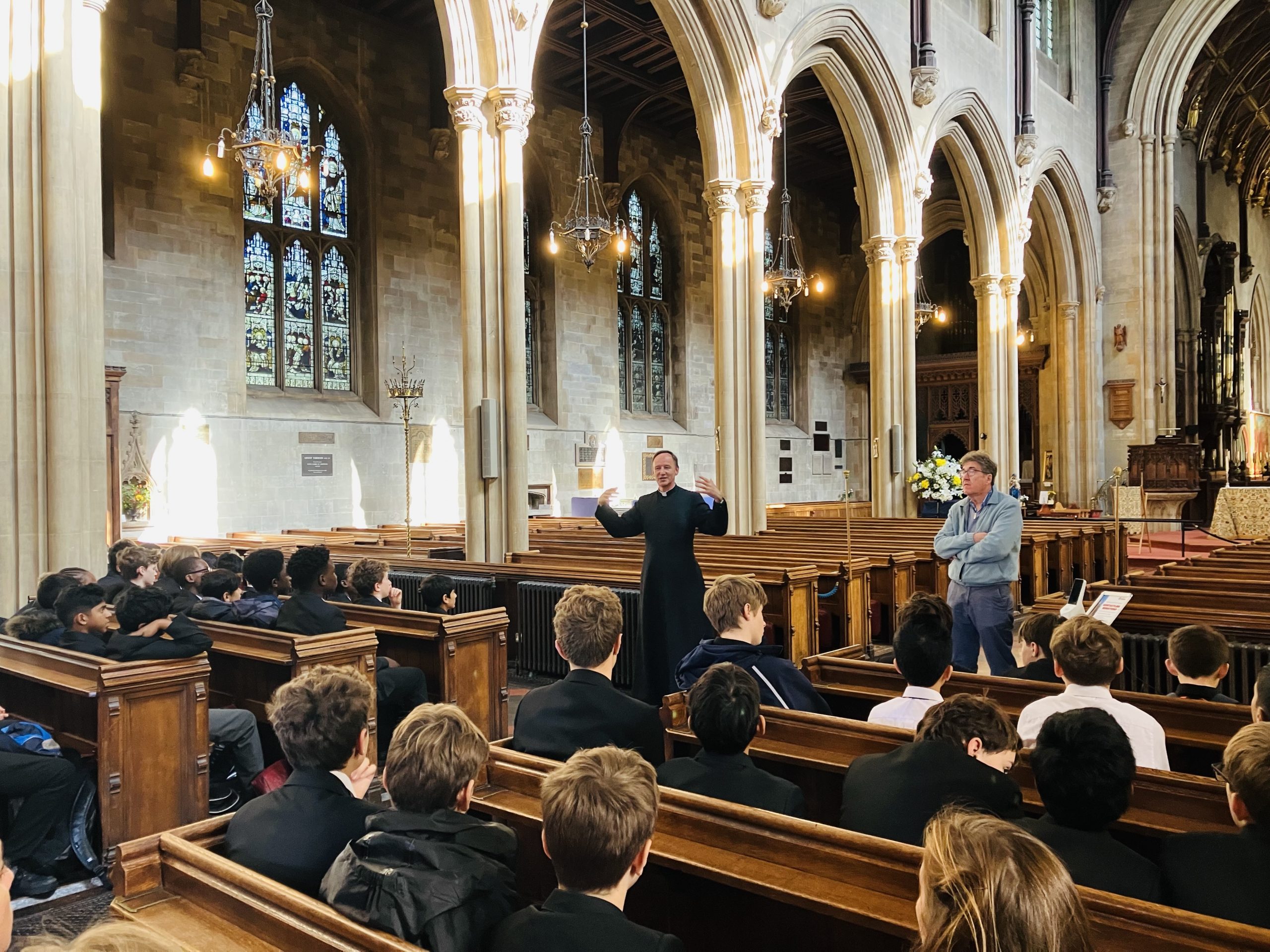 Trinity’s Religious Studies department recently took the Second Year students out on an exploration of faith in Croydon.

They started at Croydon Mosque and Islamic Centre (CMIC), where Imam Malik met the group and showed them into the main prayer hall. With its impressive chandelier and incredibly calligraphic art, the mosque was an inspiring space to listen to Imam Malik’s informative talk on the key features of life as a Muslim. The CMIC was established in a small hall in the early 1970s and now has seven large halls and can accommodate over 3,500 people.

The students had lots of questions and as Magnus Mansaray said, “I really liked listening to the Imam talk and thought he answered all our questions brilliantly”. Keaden Beckford agreed adding that it was “really fascinating to see the mosque and hear the Imam talk so knowledgeably about the history of Islam”.

Following this visit, the group travelled down to Croydon Minster, where they were met by Father Andrew and education volunteer, David Morgan. They showed the students many of the amazing features of Croydon Minster, a site where Christian worship has been ongoing since the 900s. As Edward Molony commented, “I’ve been in a few different churches, but it was amazing to see parts of the minster up close and to learn about the fascinating history of the building.”

The Minster is home to the unusual tomb of Archbishop Gilbert Sheldon, who was the Archbishop of Canterbury when Charles II came to the throne, the other grave is that of Archbishop John Whitgift, who was Trinity’s founder and in post when Queen Elizabeth I was queen. The students loved seeing the features of the Minster, including the lectern, saved from the fire by Croydon worshippers and the beautiful stained-glass windows depicting key moments from the life of Jesus. Father Andrew showed the students how the key features of the church reflect beliefs of God.

Both visits have set our students up brilliantly for their study of Jesus and Mohammed later this year. Having seen two important and cherished religious spaces, the students returned to school to consider the importance of sacred spaces in our life and to try to create their own sacred spaces.

Final comment goes to Otto Stueck who summed up the day commenting, “I found it really interesting to see how dedicated people are to their religion and how much care they put into making the buildings look amazing, especially the chandelier in the mosque.”

*Update* Mrs. Regan, Head of Religious Studies, has announced the winners of the sacred spaces competition – congratulations to all: