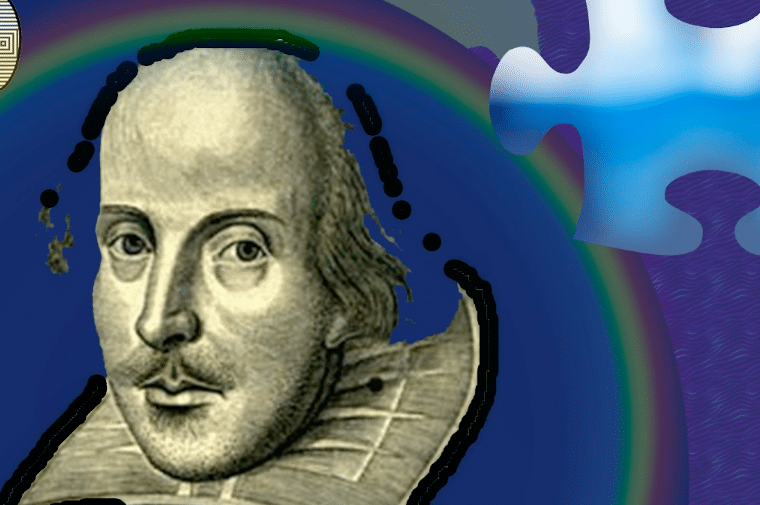 Head of Drama Productions, Mr Chambers, has released a teaser video for Shakespeare in Pieces, this Summer’s remote production, which was announced on the famous poet’s birthday.

When all the footage is pieced together towards the end of this term, audiences will be able to enjoy a complete streamed performance.

However we have received a sneak peak of Hamlet, Act 3, i, by Alexandra, who has the part of Hamlet, and Stephanie, playing Ophelia.

“Footage is gradually coming in now,” said Mr Chambers. “The beauty of it has been the different approaches. I purposefully have not laid down requirements because the footage should reflect the actors’ choices. It is Rough Theatre demanding the audience to fill in the gaps. And so the rough magic will happen …

“What is for sure is it will be a unique picture of lockdown dramatics which I hope will challenge us all to think how theatre might have to transform itself to the needs of this strange time. It is also lots of fun to see what students and colleagues can bring to their piece of Shakespeare. I am so excited to see the jigsaw puzzle come together.”

He adds that his tip is to try a costume that expresses the character, whether period or modern, and to be inventive with backdrop, trying to make it reference the scene or subject matter you are playing. But most of all, he says, enjoy it!

Stephanie adds: “I have found this project exciting and a great way of remaining part of Trinity’s drama department. It was challenging at first, as there is nobody to perform to except your camera, but it allowed me to experiment with each line until it sounded best. I am excited to see the finished result.”