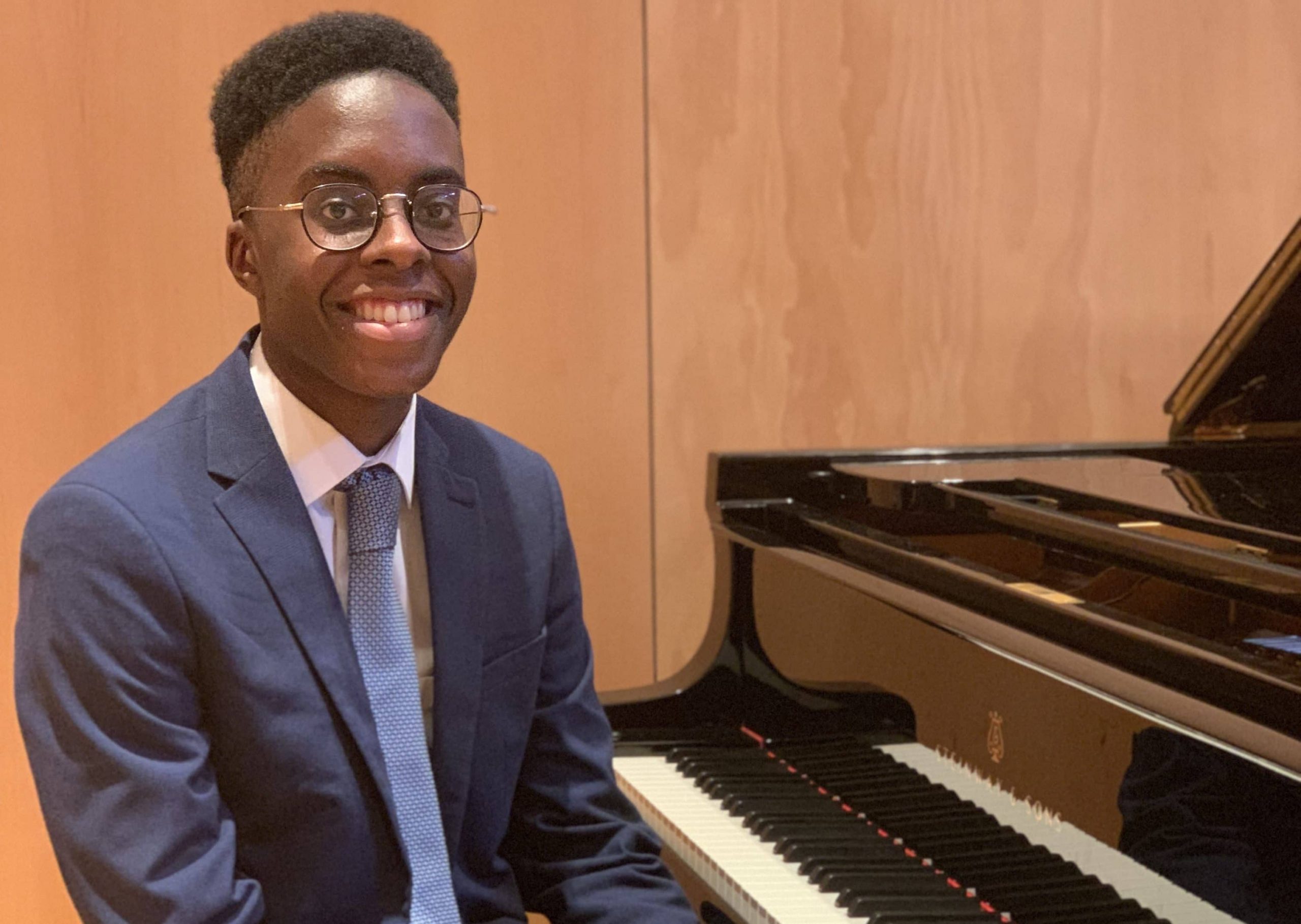 Sixth Form student, Amiri Harewood, has been awarded a scholarship from the Royal College of Music.

Amiri is one of our most talented pianists and, at the age of 13, became our youngest Steinway Scholar.

He has since won a number of awards, including our annual piano competition on three occasions and, in 2018, was named our Trinity Musician of the Year.

Amiri has performed at prestigious venues across Europe including Venice, Bologna and Steinway Hall in London. He recently gave a brilliant performance of Grieg’s Piano Concerto at the newly-refurbished Fairfield Halls.

Amiri is in his final year at Trinity and has auditioned for some of the top conservatoires in the country. All were impressed with his talent and he was awarded a place at each.  His first choice, and probably the most significant institution for piano playing in Europe, the Royal College of Music, has awarded him a full scholarship in recognition of his talent.

Professor Vanessa Latarche, Head of Piano at RCM, said: “Amiri is a real talent and we are delighted to be able to support him. We believe he has a significant future ahead”.

Richard Evans, Head of Piano, said:“Amiri has been a brilliant pianist throughout his time at Trinity. It’s been an amazing journey and he’s been a real pleasure to teach. He has a rare ability to engage his audiences whenever he plays, enthralling them with his deep musicality and technical bravura. We wish him every success for the bright future ahead of him”.