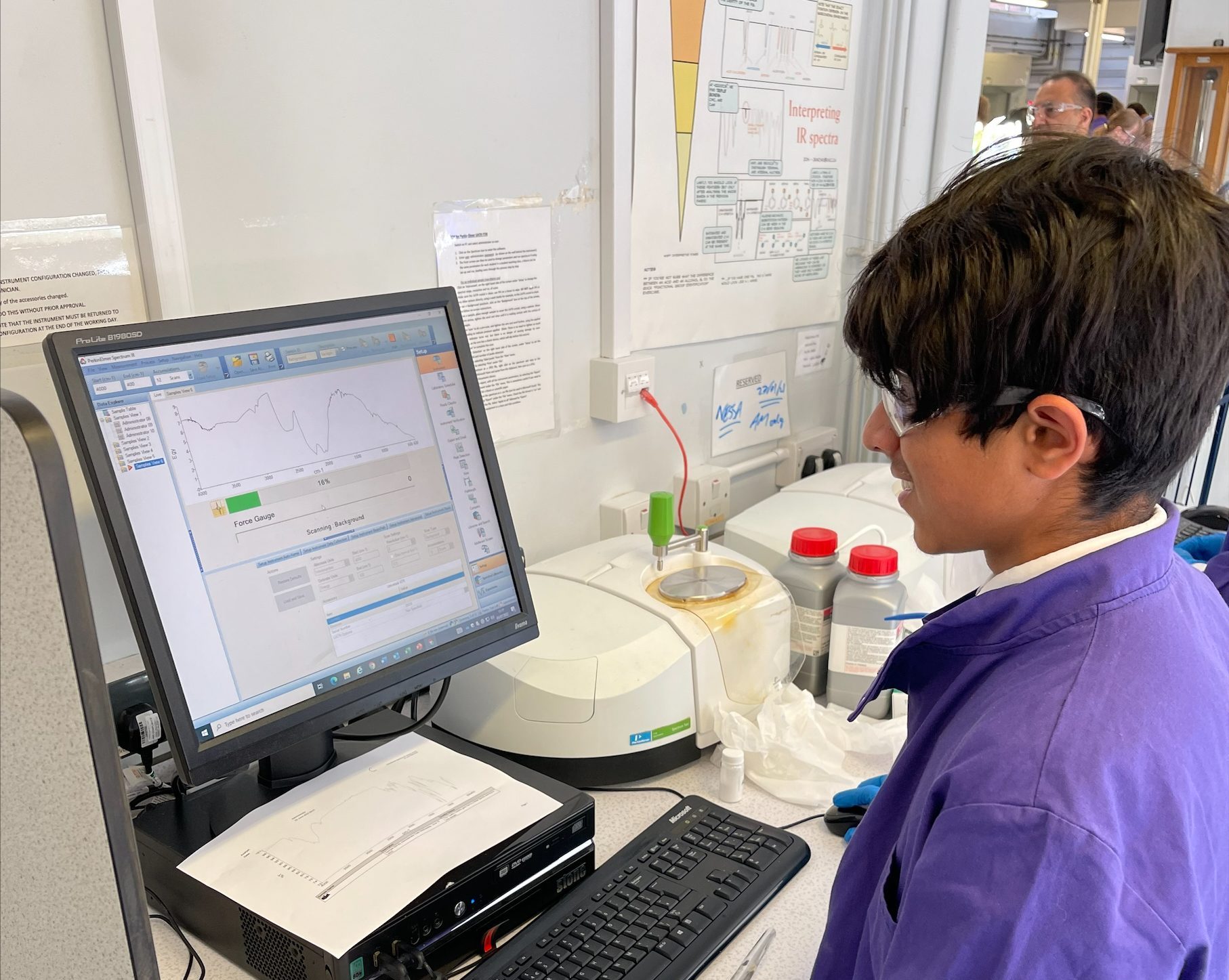 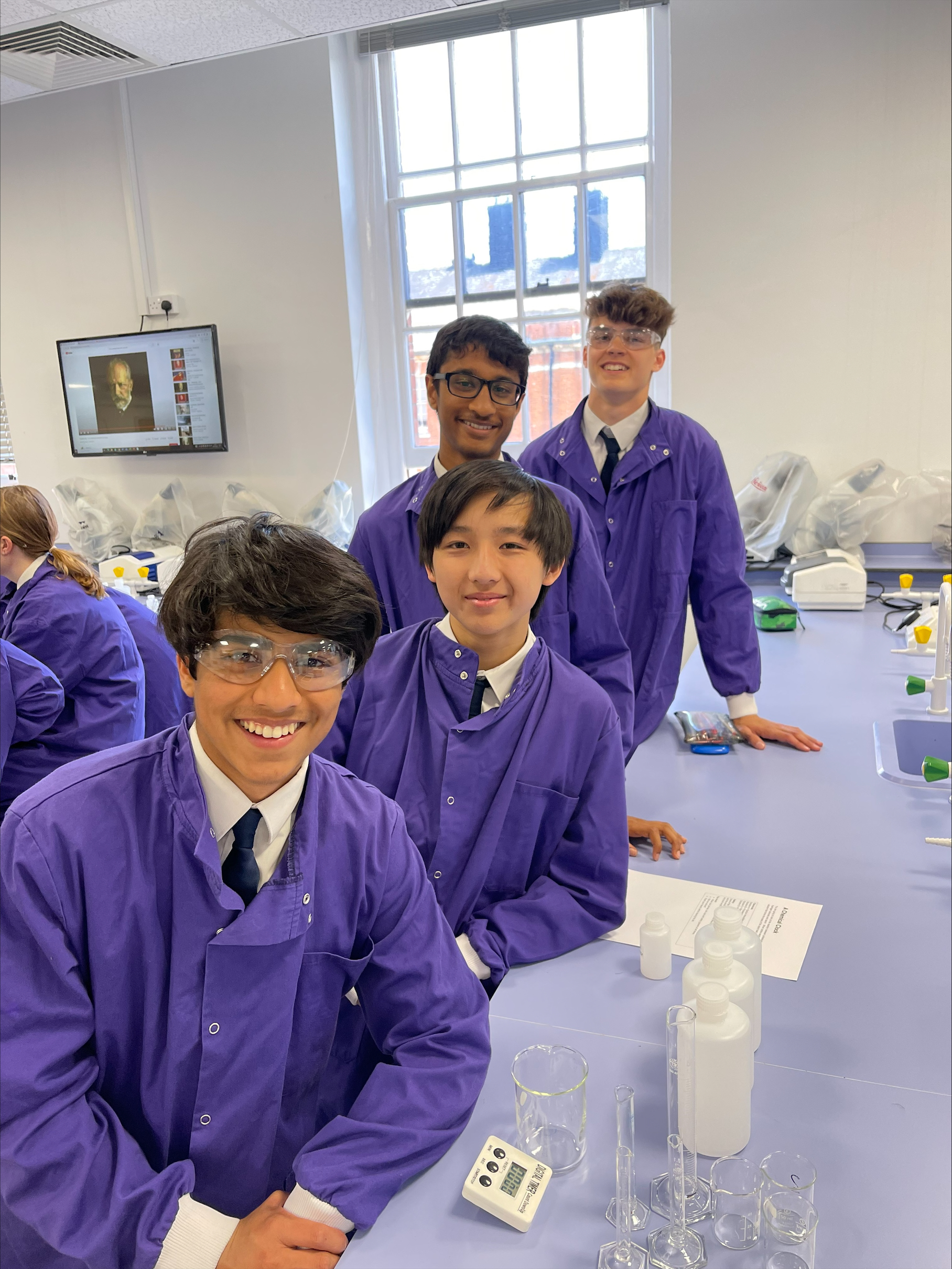 A group of then Fourth Year Chemistry enthusiasts were selected to take part in a Chemistry Challenge Day at Greenwich University at the end of last term, as part of the Royal Society of Chemistry (RSC)’s Top of the Bench Competition.

During the challenge day, the students were set two tasks; one was to use mass spec and melting point machines to determine the make-up of an unknown solid. The other was to produce a solution (The Iodine Clock Experiment) which would change colour at the exact time to a piece of music.

A fascinating day was had by all, with each student receiving a certificate and a goody bag from the university.

The Chemistry day was a great opportunity for us to challenge ourselves with Chemistry beyond the syllabus, gaining an insight into what researching at University is like, using equipment we’d never seen nor used. It was a great experience that we all enjoyed as a team.