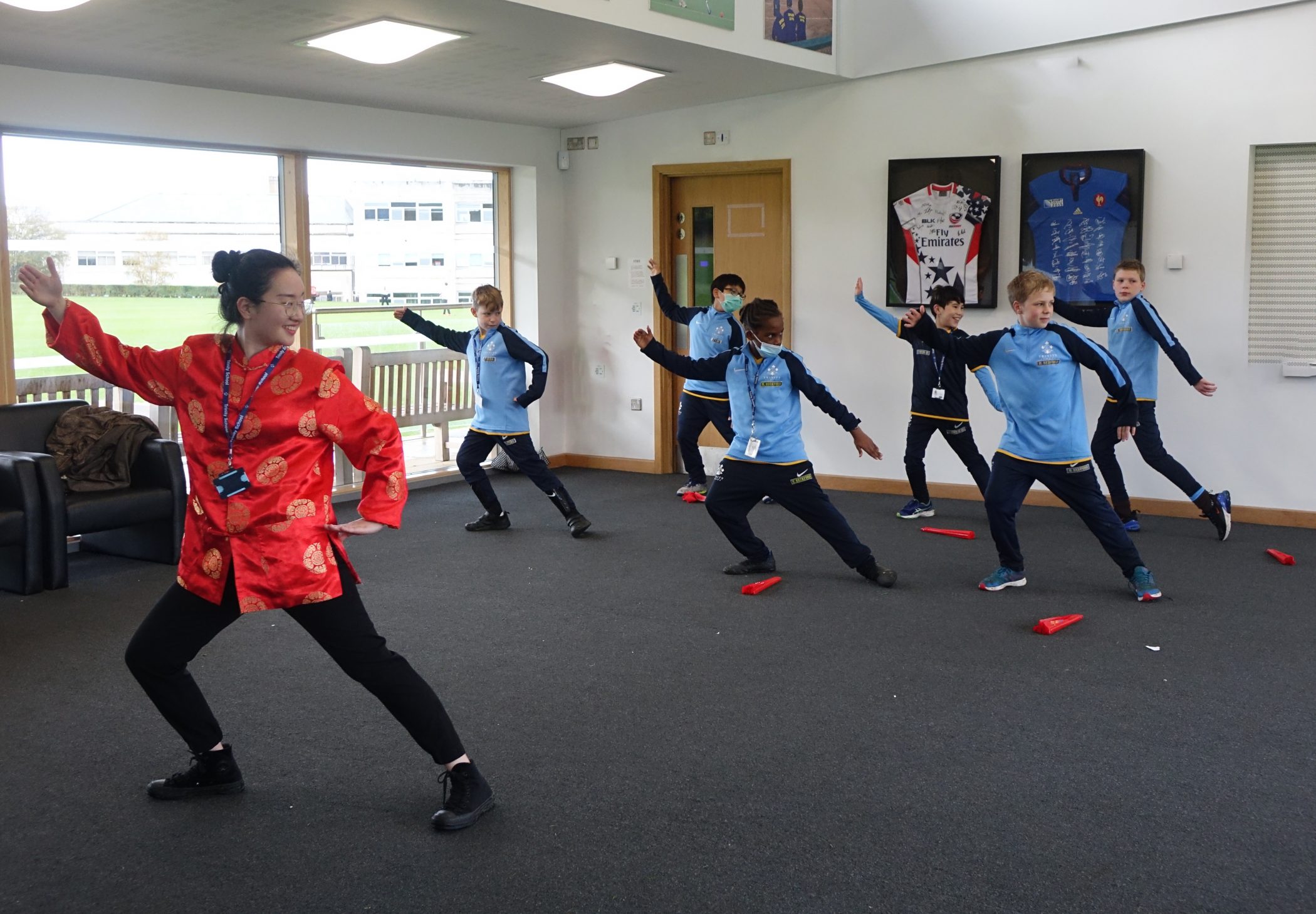 Students enjoy dance and further their understanding of Chinese culture

A group of Year Six students interested in Chinese culture and language were involved, while the teachers spoke of the benefits of Taichi and Kungfu fan dance. The boys observed carefully and imitated the moves.

Students then practiced together and made up their own unique ending poses, which were designed by themselves so as to increase their creativity.

All of them were very proud of their own creative spirit. Well done!