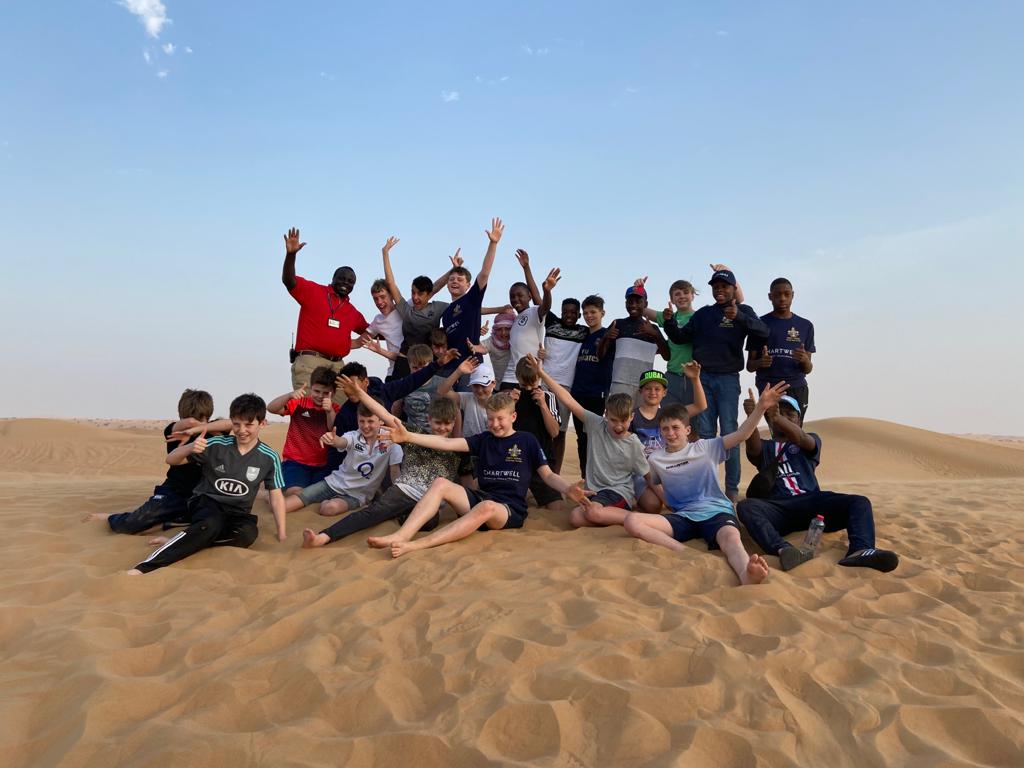 Our U12 rugby team enjoyed an exciting trip to the UAE over half term.

The tour started with a training session, where the boys soon got accustomed to the desert heat, and a visit to the Grand Mosque (the third biggest mosque in the world).

Day two started with more rugby training, followed by an exciting day at Ferrari World. That evening the group played two matches against Abu Dhabi Harlequins at the Zayed Sport City. With the support of some travelling parents, the team played well and enjoyed playing against the boys from their host families.

Day three included a visit to the Dubai mall for lunch and a trip up the Burj Khalifa, the world’s tallest building. This was followed by a triangular tournament against Dubai Exiles and Dubai Tigers in the very impressive and world famous Dubai Sevens Ground. This match was live streamed, much to the enjoyment and entertainment of Trinity staff and parents who were watching back in the UK.

After a ‘break’ at the Atlantis Waterpark on the tip of the Palm Island, the penultimate day of the tour saw two final fixtures against the Dubai Hurricanes at the Sevens Ground. The final game was by far our most challenging, however it was undoubtedly when the team showed their best rugby. Their improvement was remarkable and the boys received excellent praise and feedback from the opposition coaches.

The trip concluded with more sightseeing at the Jumeirah Beach Residence and the inflatable Aquapark, before a trip to the souks where the boys practised their best bartering skills. That evening they went on a Desert Safari in 4×4 jeeps and the boys were able to experience a Bedouin camp, camel riding and sand-boarding.

It was a fantastic trip, where our students played fantastic rugby, were outstanding team mates to each other and were respectful, kind and entertaining guests for their host families.