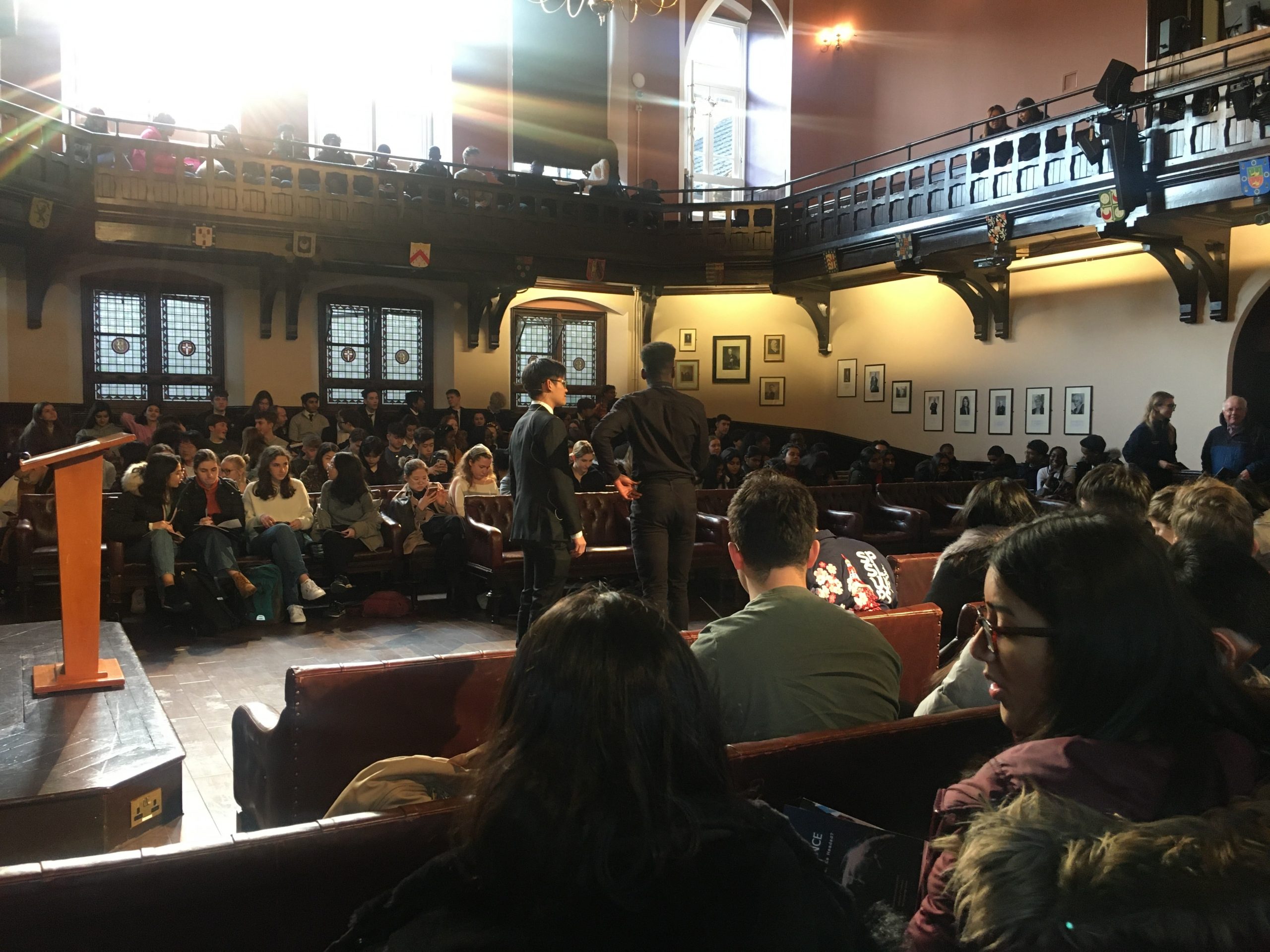 Students explore the future of economics at Cambridge conference

Our Lower Sixth students enjoyed a fascinating day at Cambridge University when they attended a conference hosted by The Marshall Society of Economics.

The society, established in 1927 and named after Alfred Marshall, aims to promote greater understanding and discussion of its discipline. Its past members including John Maynard Keynes, Nicholas Kaldor, and Joan Robinson.

Speakers at the conference included Lord Robert Skidelsky (former Economics Editor at Bloomberg and Business Daily Presenter at BBC); Dr. Christian Dustmann (Professor at UCL and Director of Centre for Research and Analysis on Migration), and Dr. Hans Werner-Sinn (President of the Ifo institute for Economic Research 1999-2016).

The theme of the conference was “Divergence: Where is Economics headed?” Students discussed a broad range of issues throughout the day, including breakthroughs in Economics research, atypical political developments, income inequality and the transformative role of technology.

The day certainly inspired their curiosity and gave the group valuable ideas that they can explore further, or potentially apply at a later stage in their lives, such as when completing their EPQ or Sixth Form projects, or when studying the subject at university.

Find out more about the Marshall Society.