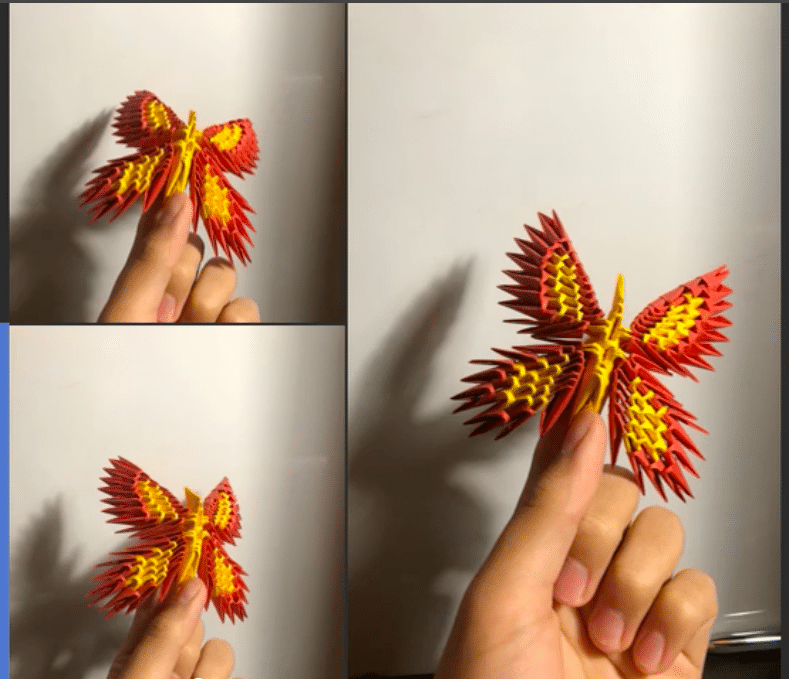 The first of our Third Year Interform competitions have produced some wonderful creations, with the results of the origami and the RS competitions now in.

Third Year student, Liam, amazed us with his origami (pictured). Luca also impressed the judges and came in second place, while joint third were Irfan and Rhys . Anthony, Dominic and Sejan also produced some beautiful handiwork.

Meanwhile, the philosophy Interform competition, which took place over Easter, saw a number of boys explore fascinating ethical dilemmas and philosophical debates, spurred on by films such as The Children Act, The Matrix and The Truman Show. Questions around the reliability of our senses; how we can only assume that what we are told is true; and how and when the government must ensure that children don’t lose out, because of the wishes of their parents, were just a handful of the thoughtful debates many boys engaged in.

Mrs Carey, Deputy Head of Lower and Middle Schools, warmly invites boys to consider books or films such as Sophie’s Choice, The Hitchhiker’s Guide to The Galaxy, and The Island, over the summer months to explore more philosophical questions whilst experiencing ‘the pleasure of being transported to another world’.

And Ms Boorman, Head of Third Year, said that, after a ‘storming’ performance from 3J, in first place, closely followed by 3P and 3S, it was amazing to see how much is going on outside of remote learning.

‘I have been so impressed by the level of commitment and enthusiasm that I have seen in recent interform competitions. Discovering that so many boys can create beautiful shapes in origami is fantastic and shows that spare time is being put to good use. Miss Parkinson even had a go and made Jeremy the elephant!’ she added.

Very well done to everyone who entered.