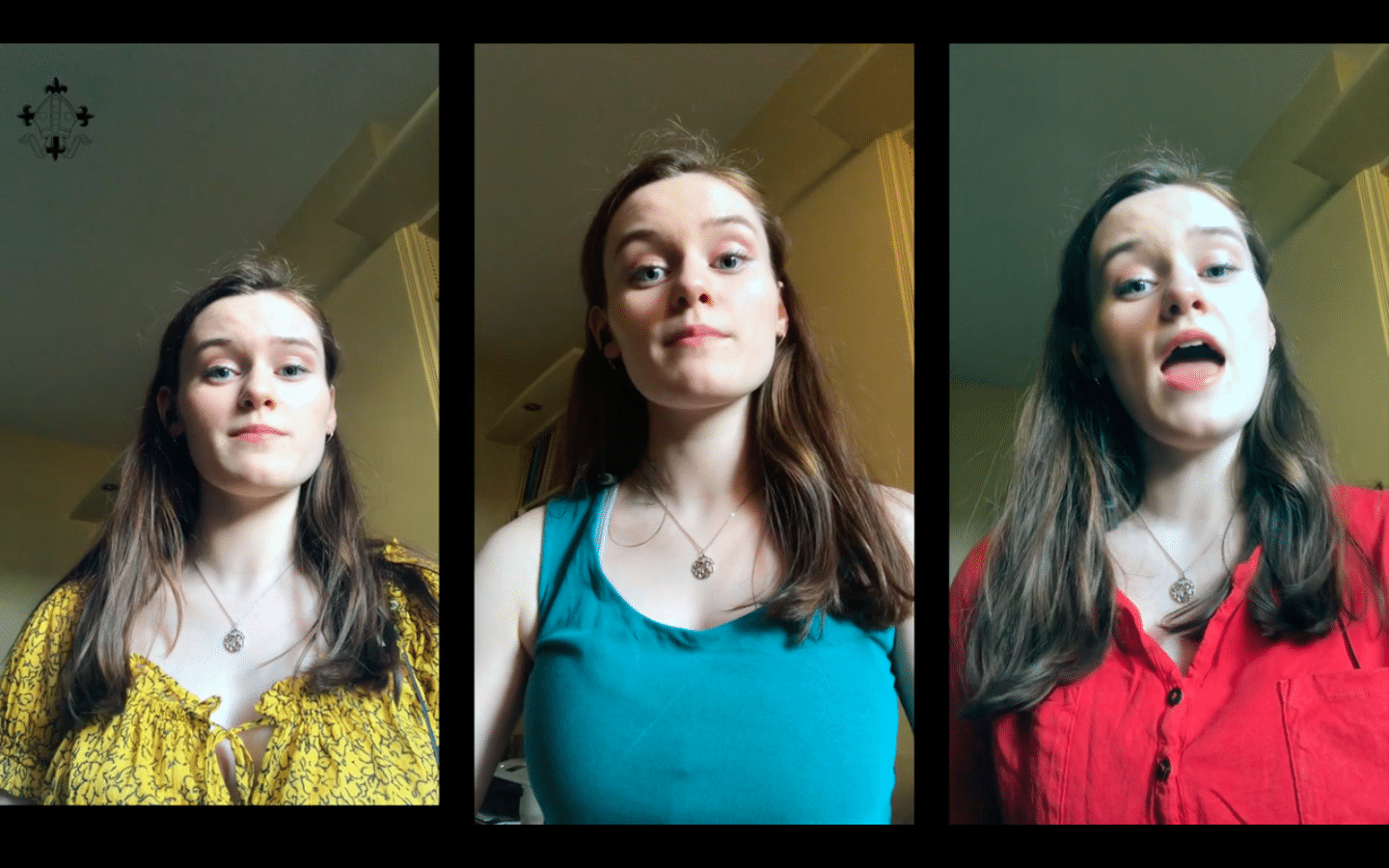 Sixth Form student, Beth Fitzpatrick, has delivered an extremely impressive performance of Canon, by Kenneth Leighton, on video during lockdown.

David Swinson, Head of Music, points out that the school’s musicians have been working on a number of virtual recording projects.  In this video, we see Beth perform all three of the choir parts herself to amazing effect.

Julian Timm, Head of Co-Curricular Activities commented: “This has been a really exciting project to see evolve, and is a tribute to the resourcefulness and talent of our musicians. The early results, even in their raw form, have been inspiring.”

Beth points out that she had to learn the lowest parts and be very careful with timings during the recording, but the most difficult part was grappling with the technology as it was all filmed from her smartphone.

She says she joined the Sixth Form having being inspired by all the music her brother, currently in Fourth Year, had been able to do. She comments that being a part of the Girls’ Choir has enabled her to make great friendships. “Music is very therapeutic for me,” she adds. “It’s how I relax. I listen to lots of classical music and it’s a type of release. There is catharsis involved. You feel the emotions as you play and it’s a good escape.”

“Congratulations to Beth who hopes to take up a choral scholarship at Oxford University in the autumn,” adds Mr Swinson.