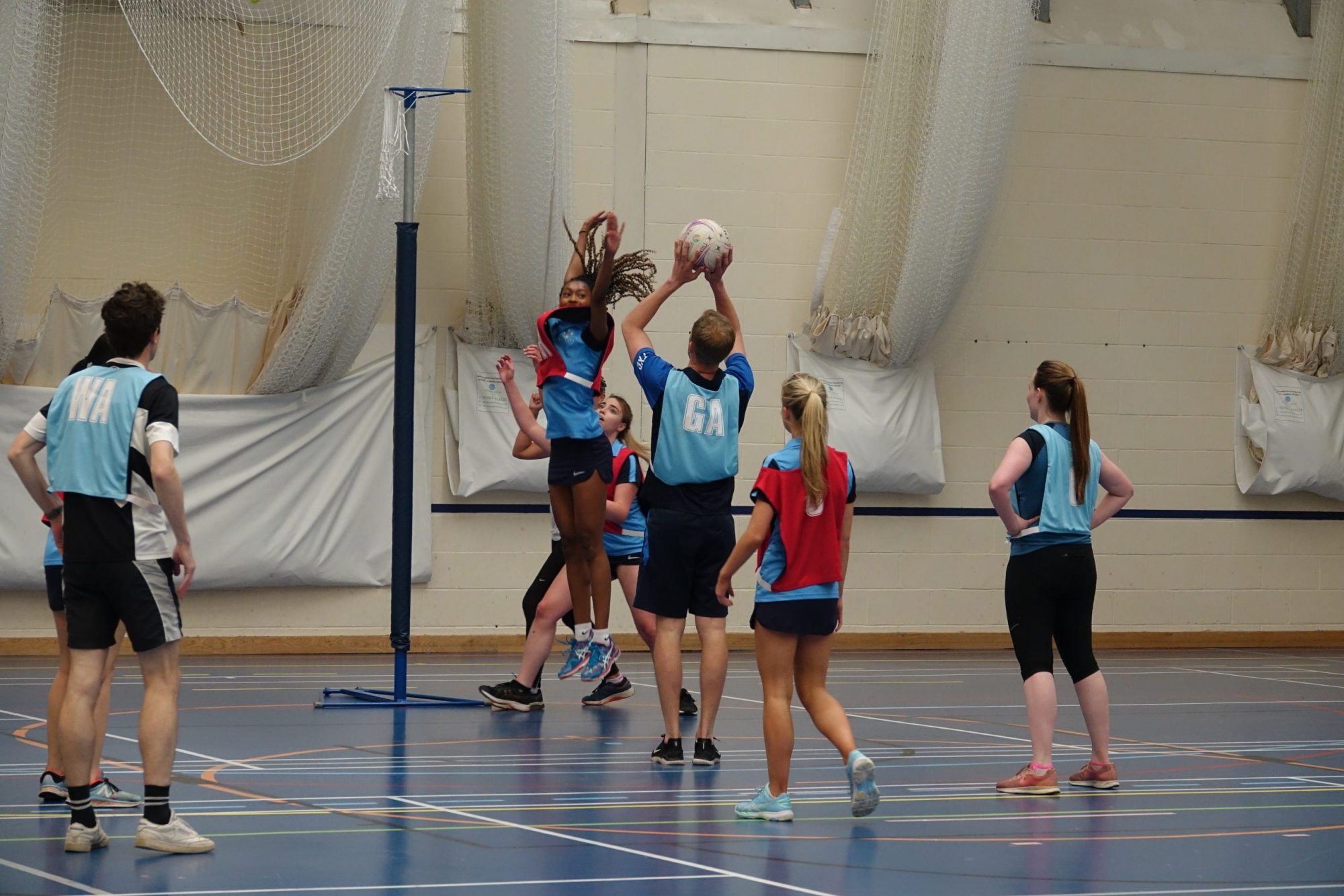 The return of the staff versus U6 Netball match! 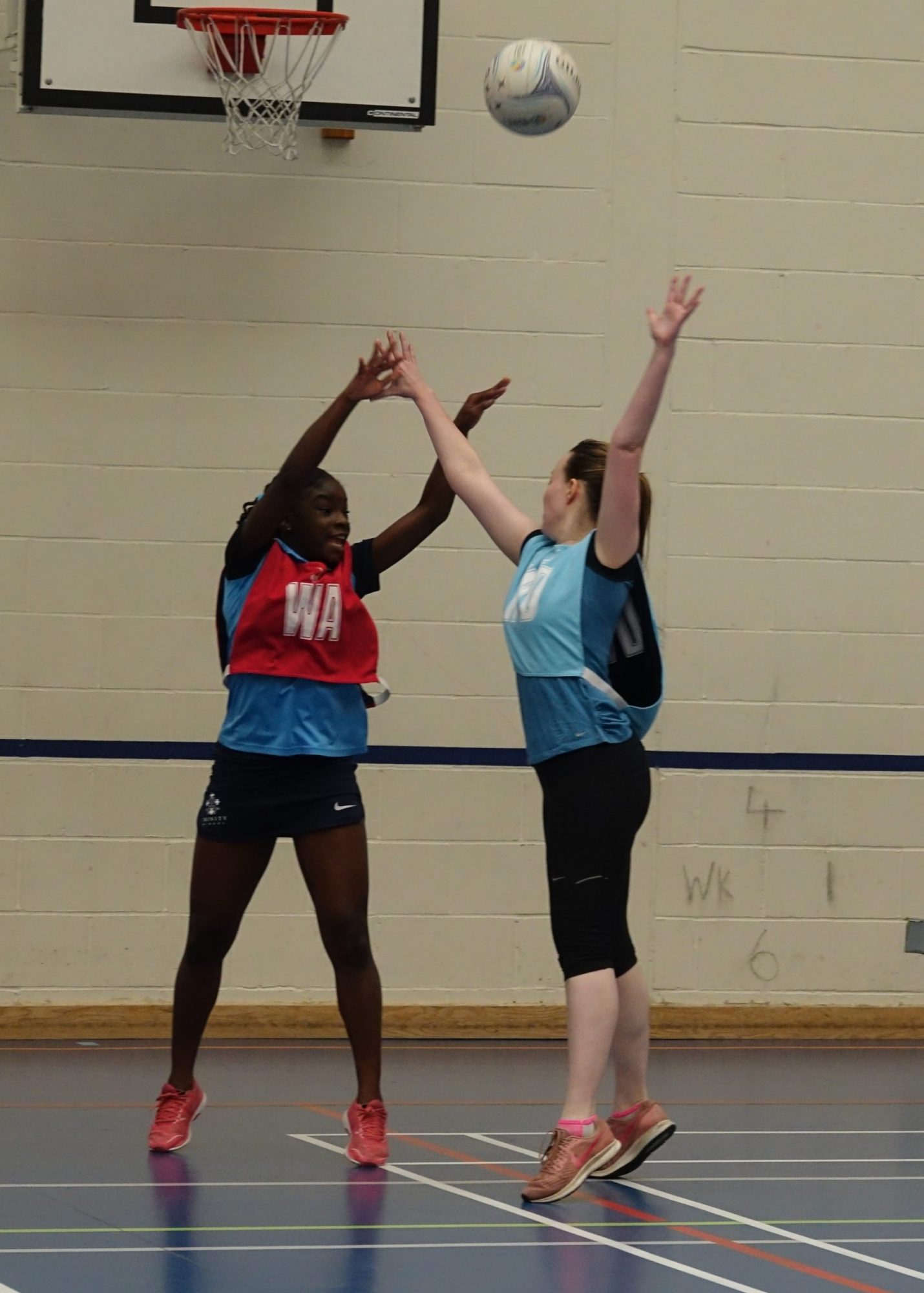 “With the staff quickly shown the court markings by Miss Justin and a quick interpretation of the basic rules by Ms Boorman, the girls took a quick lead in the first quarter.

“But the staff – ably led by Mr Edwards – rallied and came back with some neat shooting from Ms Long to even it up 3-3 at the end of the first quarter.

“There followed some mean defensive work from Miss Goddard to keep Emily and Lara away from the post, with assistance from Mr Doepel. But being unable to convert enough at the staff attacking end meant the score after three quarters was 6-4 to the girls.

“Mr Bell started popping in the goals in the final quarter but Mr Gabbitass, whilst bringing fabulous rugby ball handling skills to the game, also bought the tackles which meant that a number of contacts were made and possession was overturned. A final whistle score of 7-7 led to extra time.

“A turn over at the first centre pass (Mr Page’s fifth off side call?) allowed the girls to take a lead that, in two minutes, the staff were unable to overcome. Final score: 10-9 to the girls… a great match, ably captained by Shakanya and Mr Edwards.”

Well done to all who took part!