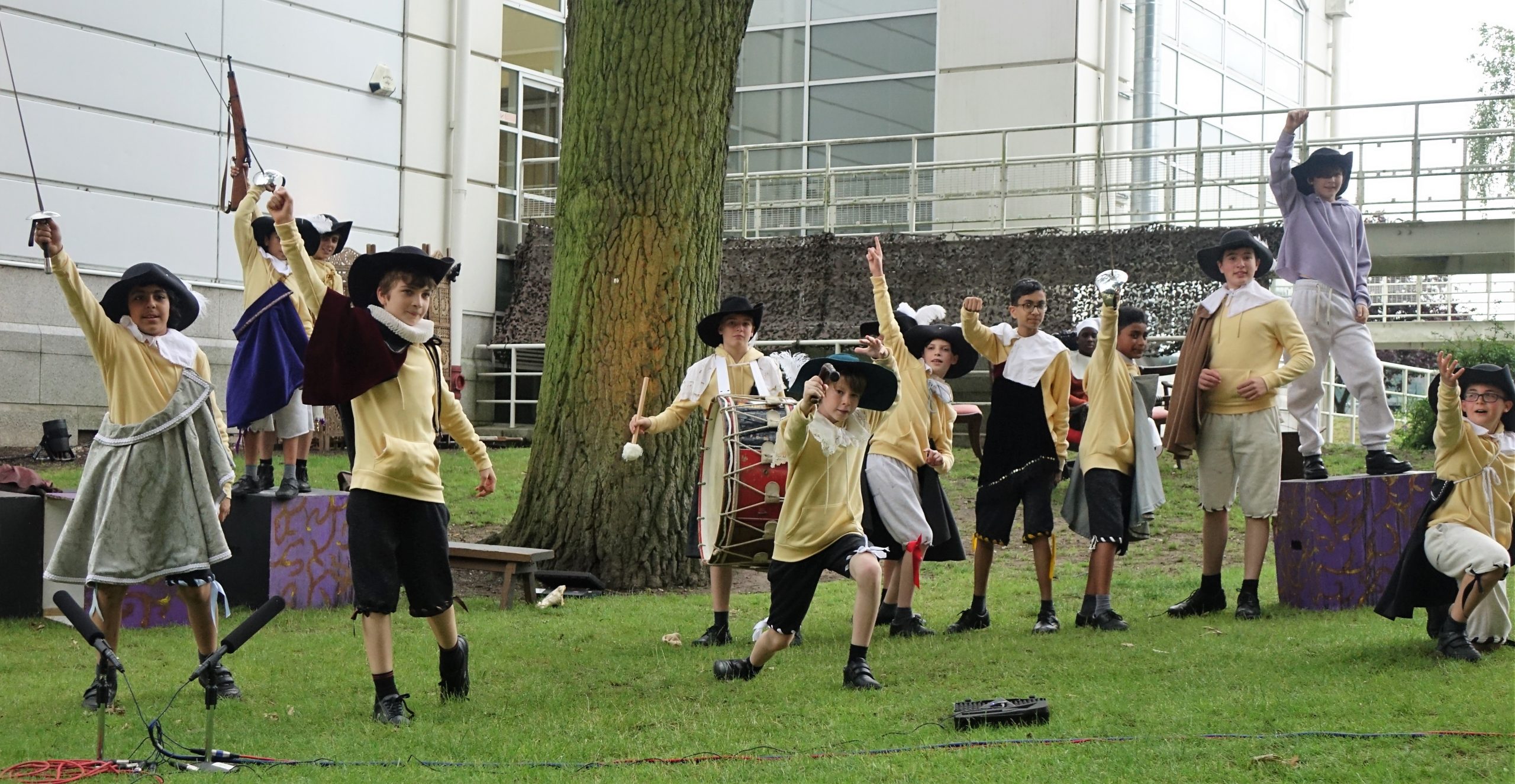 The sun shines on Trinity production of Cyrano de Bergerac

Adopting a new space in our grounds, ‘Theatre-Round The Oak’, Head of Productions Mr Chambers adapted and directed a 30-strong cast in this epic, swashbuckling tale.

Audiences were entertained by the freedom of expression that the actors showed in a piece that demanded particularly strong acting skills.

A highlight was hearing from Warwick Jones, Trinity alumnus and member of our School Committee, who recalled he used he same ‘Headmaster’s chair’ when he played Christian to Malcolm Sinclair’s Cyrano at Trinity exactly 50 years ago.

Another highlight was the appearance of a real Shetland Pony, ridden by Aidan Keogh into the battle scene.

We were delighted that Trinity alumna Emeline Beroud returned to design the set and costumes, and Trinity students ably operated the tech in the show.

Mr Chambers said: “The weather was more than kind and the students rose to the challenge. I would particularly like to thank Haig Lucas and Barney Sayburn for stepping into a role at the last minute and Ted Cribbens and Elaine Jones for their phenomenal dedication and panache in creating the roles of Cyrano and Roxane. Congratulations to all on another fantastic show!”