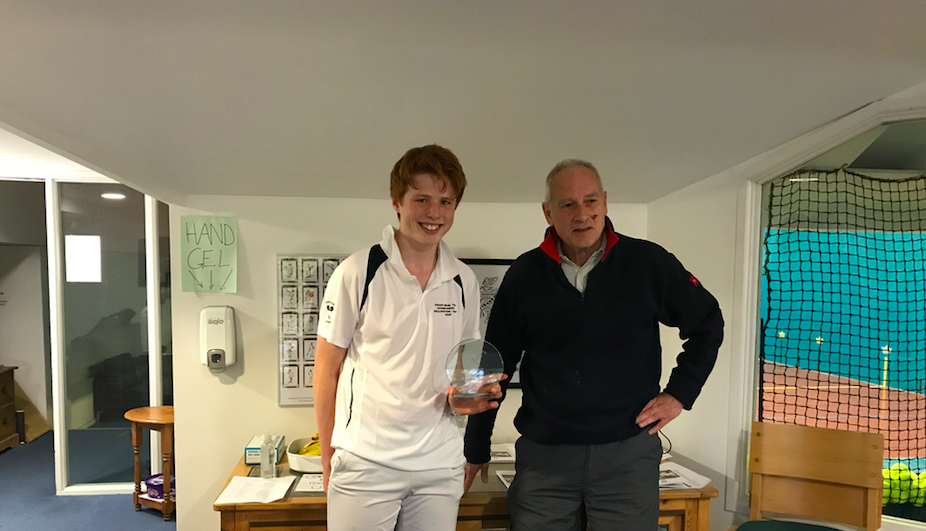 Third Year student, Henry Weekes, was runner up in the British U14 Junior Real Tennis Championship this week, held at Radley College.

He says: “I got involved in real tennis around Christmas 2018 when my godfather took me for a hit. I was instantly hooked. I felt that I played quite well in the tournament; I beat everyone apart from the eventual winner, obviously, with a lot of help from my new racket. I also play a bit of cricket and squash and this really helps with the hand eye co-ordination and judgement of the ball. The guy who beat me in the final was the nephew of Tim Henman, I think!”

Real tennis is the original racquet sport from which the modern game of tennis is derived, and was formerly known in England as ‘royal tennis’.

Henry VIII was also a keen and talented tennis player and there has been a tennis court at Hampton Court Palace since 1625. One of the first English guides to tennis in 1553 claimed that: “this game has been created for a good purpose, namely, to keep our bodies healthy, to make our young men stronger and more robust, chasing idleness, virtue’s mortal enemy, far from them and thus making them of a stronger and more excellent nature”.

Well done to our Henry!