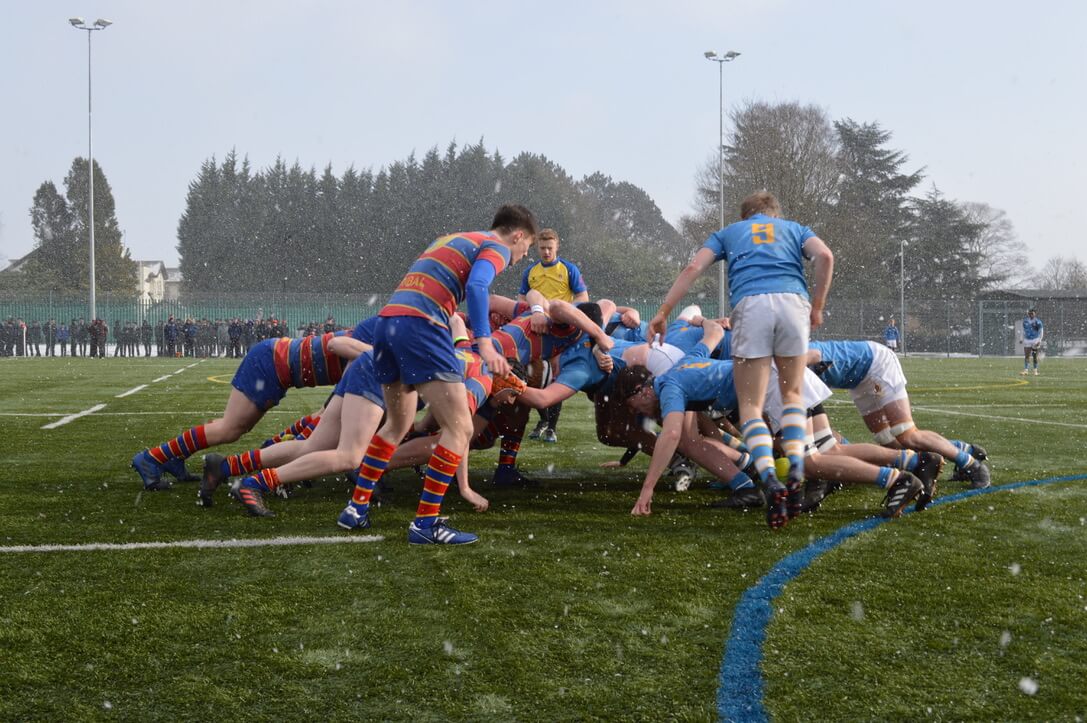 Trinity’s 1st XV rugby team are through to the Under 18 National Plate Final after a spectacular semi-final played in difficult weather conditions on Wednesday afternoon in Altrincham, Manchester.

Trinity battled minus temperatures to beat an accomplished St Ambrose College side 21-5. The extreme playing conditions brought by ‘The Beast from the East’ made it a very challenging day for fast-paced, attacking rugby, but the courage and tenacity of Trinity’s defence away from home and in front of a large, vocal crowd won them the match in unforgettable weather.

The final will be held at Worcester’s Premiership rugby ground Sixways on Tuesday, 13th March against Woodhouse Grove School – and we very much hope the sun will be shining!