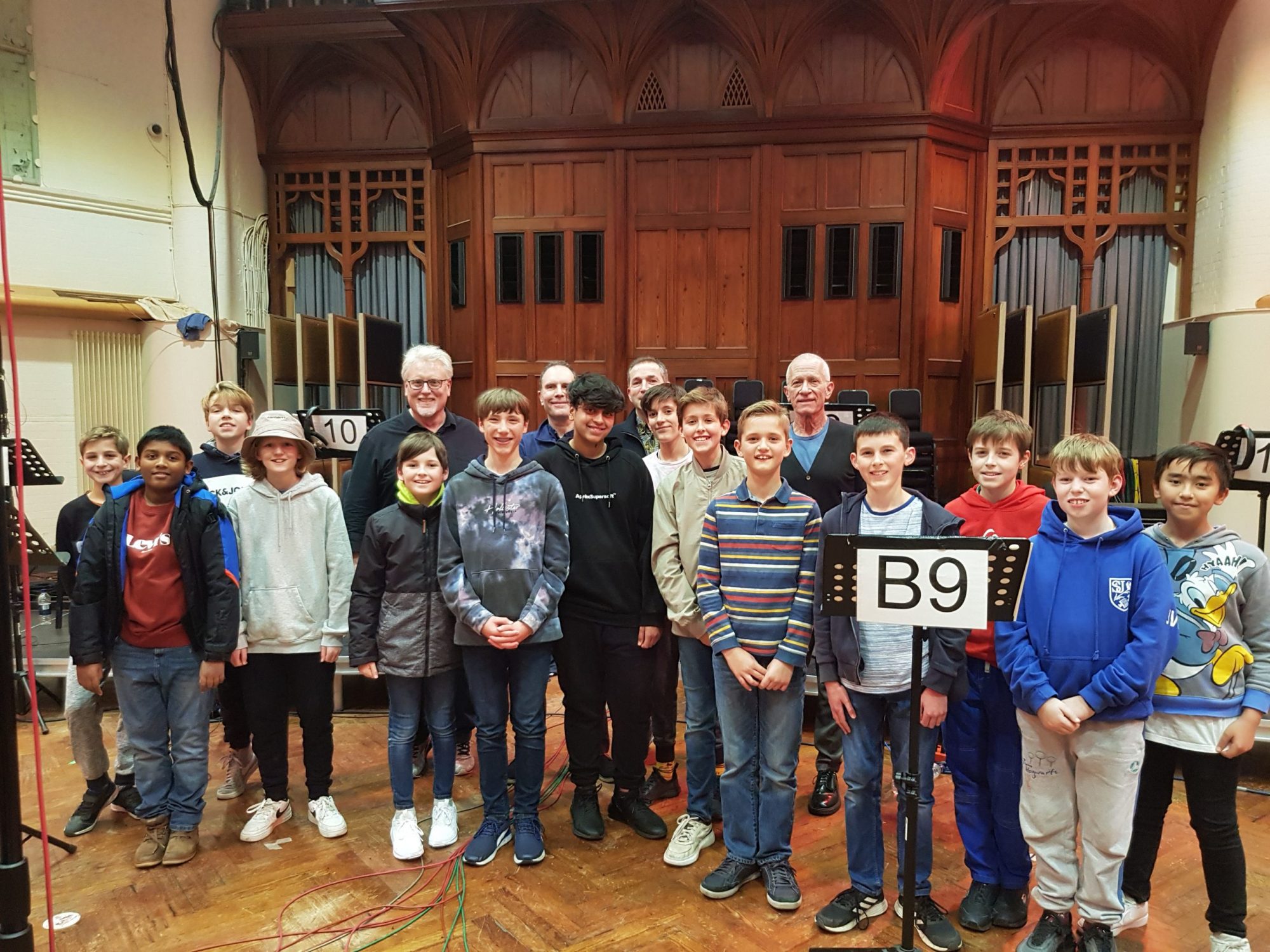 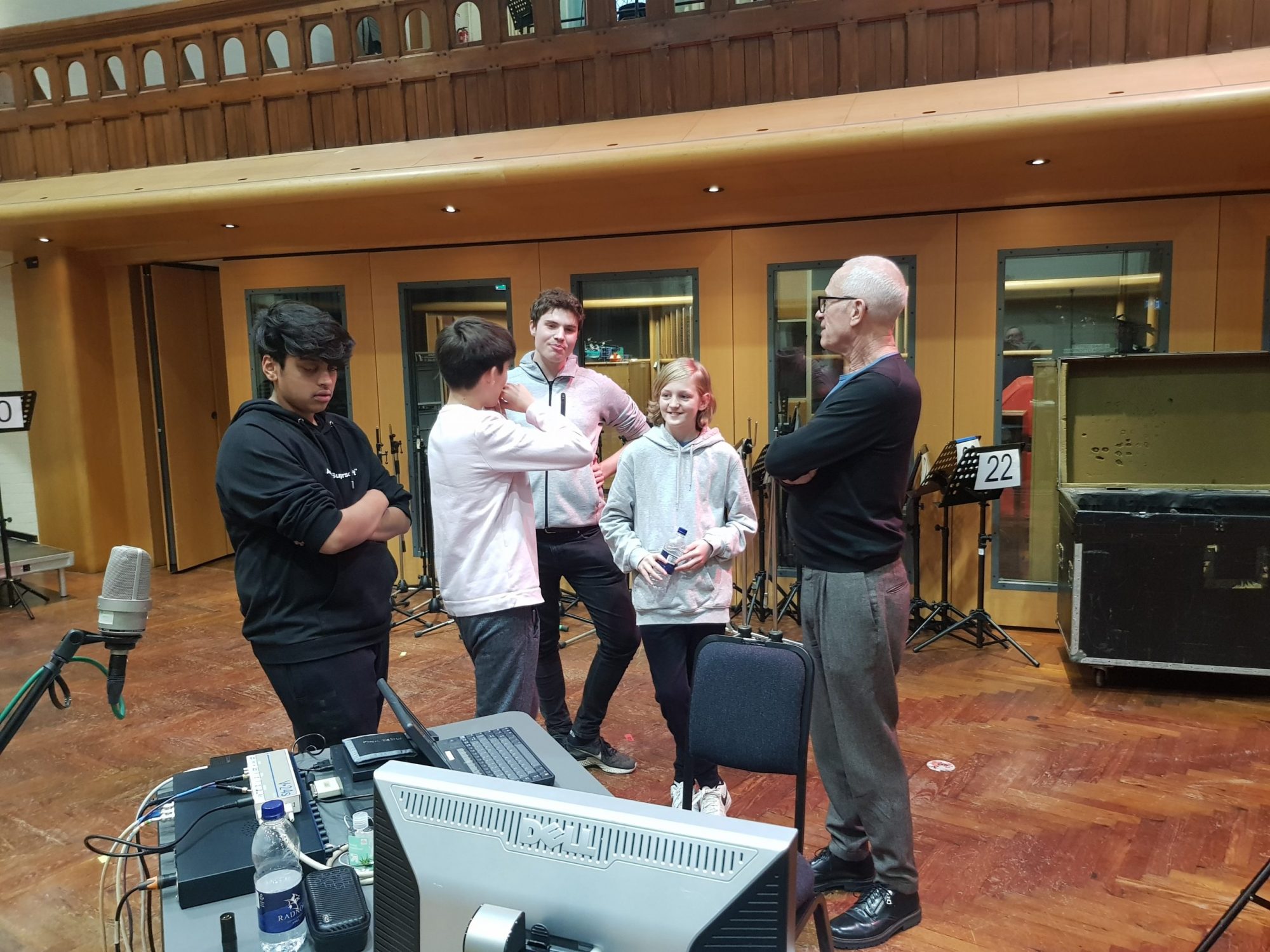 The Trinity Boys’ Choir is famed for its studio work; having recorded over forty major film soundtracks, as well as many scores for video games.

Throughout the pandemic the choir has been fortunate to continue: A Netflix film score was recorded at school and a Disney score at Abbey Road at the start of the year.

However, last Friday’s visit to Air Lyndhurst, the famous studios established by George Martin, felt like a new beginning as it marked a return to more normal recording of a major score.

As ever, we are not permitted to reveal the identity of the film, but the score was composed by one of the all time great film composers, James Newton Howard.

The boys’ voices feature throughout the film (they recorded for six hours) and are heard at the very start of the film in the opening credits. As a reward for their fantastic work, the boys were invited into the control room to watch the opening sequence and to hear their notable contribution.

The film’s music team thanked the boys and exclaimed that they were the best boys’ choir they had ever worked with.

"A special word of congratulations to Leo Jemison, who sang a number of flawless solos, much to the admiration of the production team."