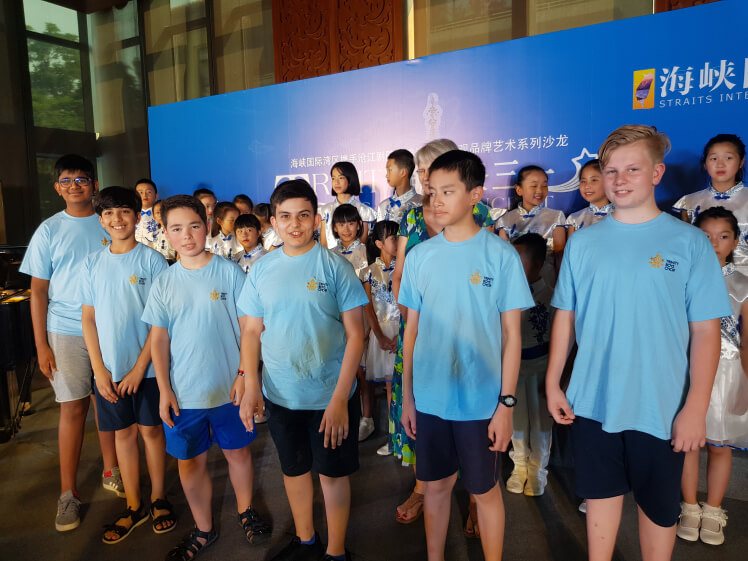 Our Trinity Boys’ Choir were very excited to return to China for their summer concert tour in July.

They started in Guangzhou, taking in various major cities along the way and concluding with Beijing. Performing at wonderful venues including the Guangzhou Opera House, the Changsha Concert Hall, the Wuhan Qintai Concert Hall, and The Grand Theatre in Zhuhai, it was a brilliant tour full of memories that will last forever!

Student Aman de Silva said “We visited ten areas during our tour throughout China, and performed a concert in each one. We travelled around the entire south-east coast and finished in Beijing, where we performed in a huge concert hall. Not only did we learn about Chinese culture and lifestyle, but we also performed a lot of new exciting music which has benefited all of our singing. Alongside the travelling and performing, we also did a lot of sightseeing, including the Great Wall of China! The experience was incredible.”