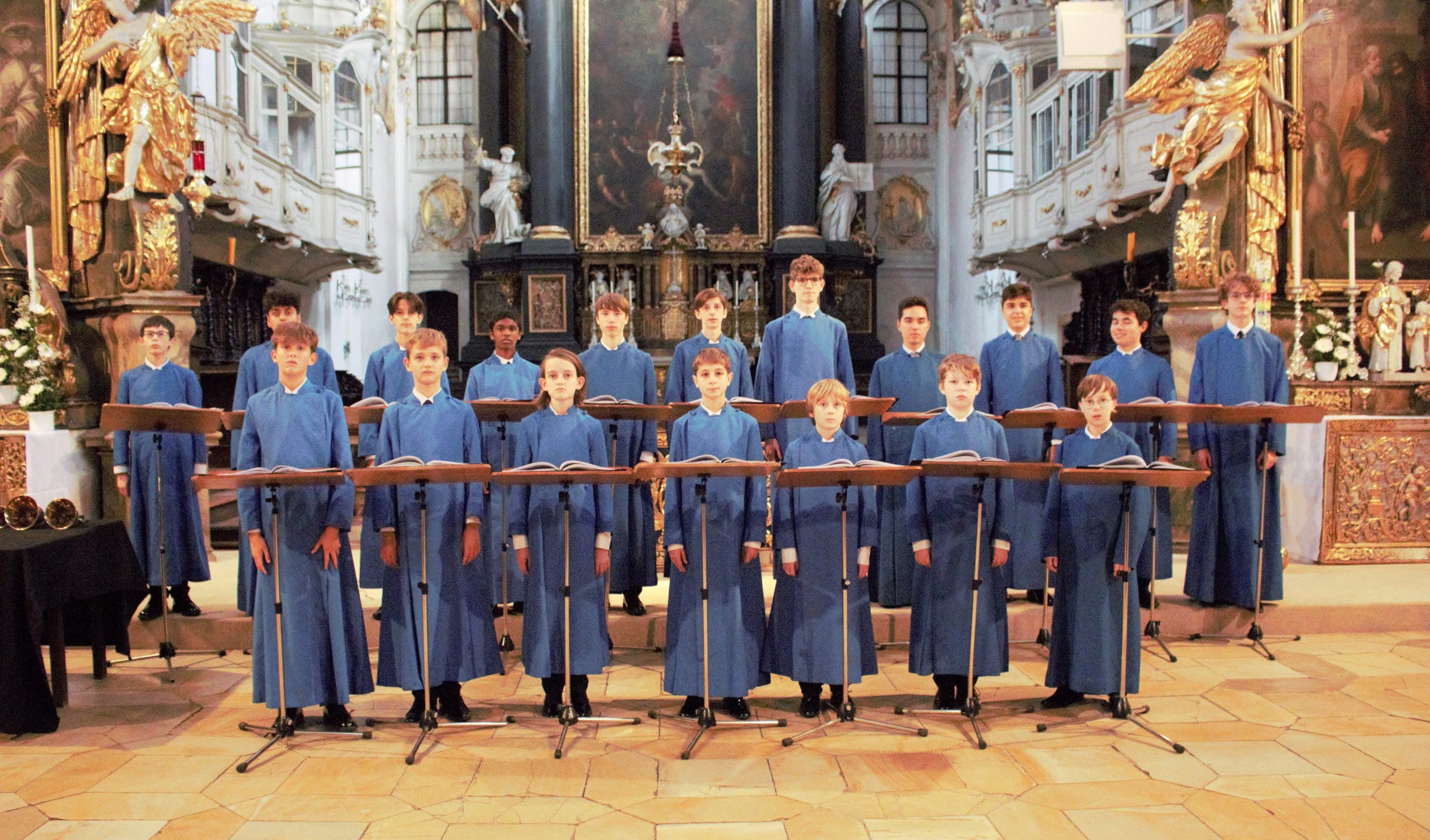 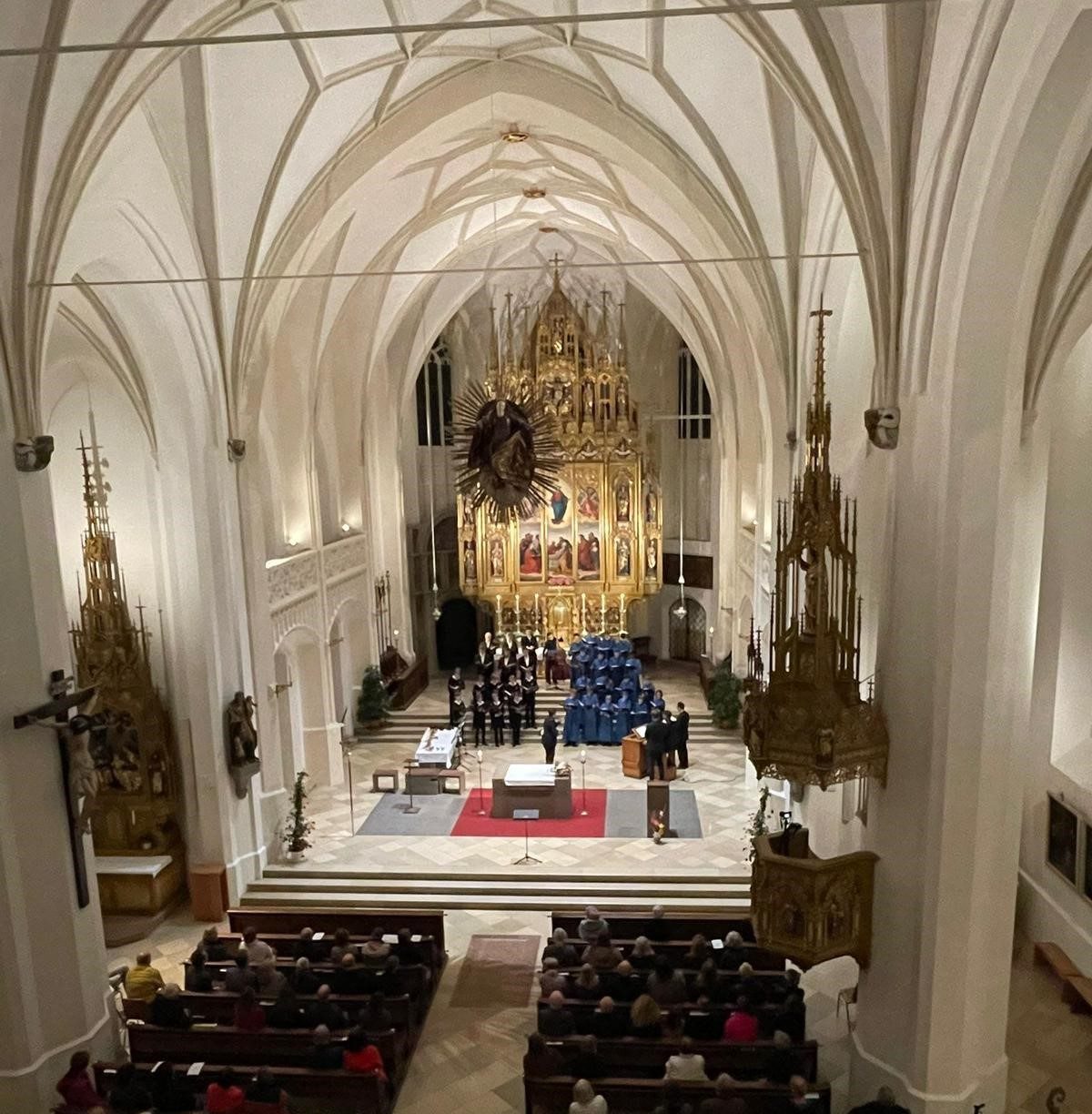 Last month, sixteen members of the Trinity Boys’ Choir set off on a tour of Germany, giving performances in locations including Sangerhausen, Arnstadt, Bayreuth, Regensburg and Bad Tölz.

The tour began in the historic town of Sangerhausen where our students took part in a fledging festival collaborating with students from the choirs of Rossleben’s Klosterschule and Sangerhausen’s Geschwister-School. The festival culminated in two spell binding ‘promenade performances’ with audiences walking from one historic church to another between concerts.

Following the festival, our Trinity Boys’ Choir members set off on tour, performing in historic and culturally important venues including the Johann Sebastian Kirche in Arnstadt where J. S. Bach was organist, the Schlosskirche in Bayreuth, a town famous for being the home of Wagner’s ‘Bayreuth Opera Festival’, the Baroque masterpiece: Basilika St Emmeram in Regensburg, and finally at Maria Himmelfahrt Church in Bad Tölz where they performed alongside the prestigious Tölzer Knabenchor (Boys’ Choir).

First Year student Oliver Barlow says, “The highlight for me was singing Singet dem Herrn by Bach, which we performed with Tölzer Knabenchor. It was very interesting hearing a wonderful different style of singing and when we came together to sing the Bach, we sang as one choir. My favourite part other than the music was bonding with the rest of the choir, playing table tennis and the sausages.  I really enjoyed the experience and feel privileged to have gone. It will be something I will look back on.”

Fifth Year student Thushan Peiris says, “We thoroughly enjoyed the diversity of music that we sang including renaissance music from Tallis and White in addition to more modern works by Graham Lack and Jonathan Dove, including ‘Seek him that maketh the Seven Stars’ which was arguably our best piece. The lower voices formed an amateur seven-part bell choir, a hilarious endeavour, which featured in Lack’s “Candlemas.” What made this tour even more enjoyable was being surrounded by friends and doing what we all loved, singing; even on the bus journeys home where Disney and Queen often featured in our karaoke. For some of us, this has undoubtedly been the best tour we have ever been on.” 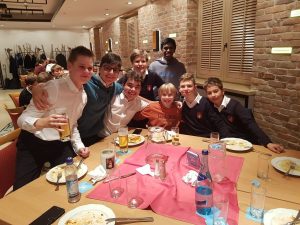 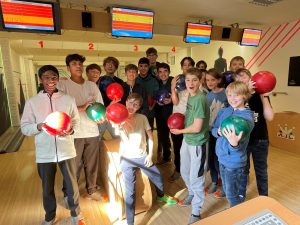 The tour was a fantastic opportunity for the students to perform a very challenging programme of music for audiences across Eastern Germany and establish lasting relations with schools and choirs across the region.

They are followed by another tour of nine members of the Trinity Boys’ Choir who fly out to Germany in November to give performances in Marburg, Soest, Munster, Hamburg and Lüneburg with male voice ensemble, Cirrus Voices.

“Covid put an end to tours like this (this was in fact a postponement due to Covid) and it was incredibly satisfying to be able to travel and perform in a foreign country again. The highlight for all of us was our concert with the famous Tölzer Knabenchor, particularly as we combined to perform a piece by J.S.Bach which they had recently recorded.”