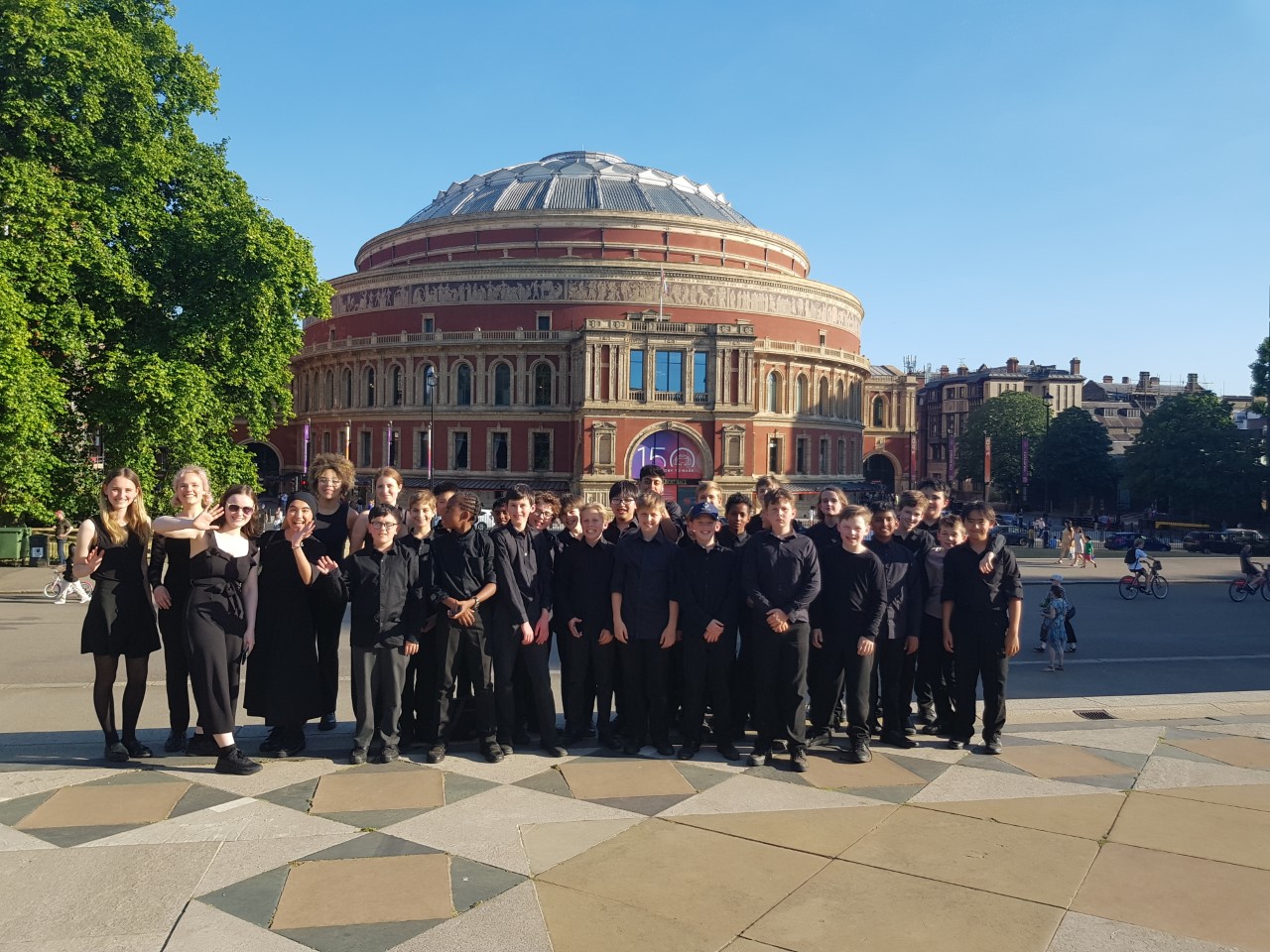 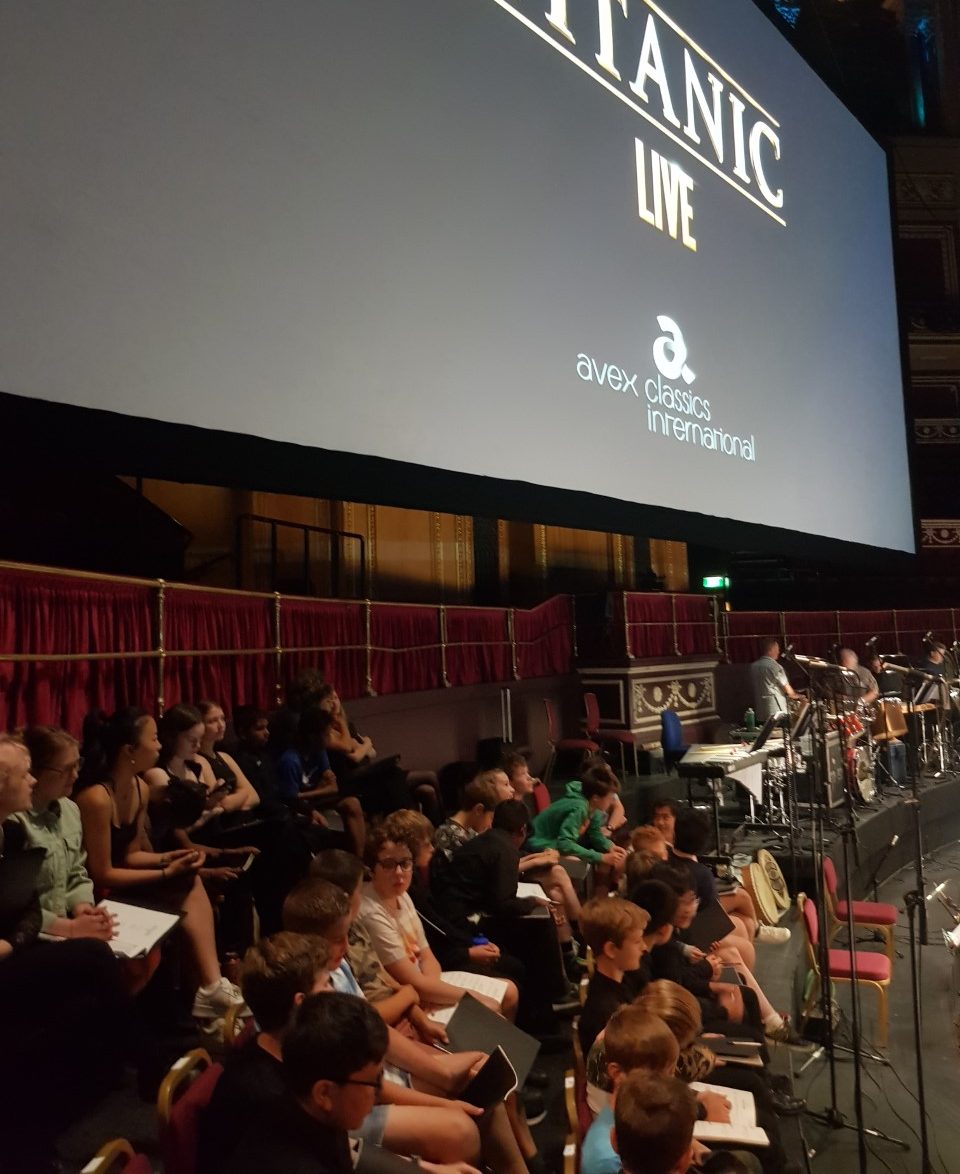 Trinity Boys Choir and members of the Girls’ Choir were delighted to be invited to perform in two screenings of Titanic as part of the Royal Albert Hall’s Films in Concert series in July.

The Films in Concert series is a very popular, immersive programme where famous and much-loved films are shown on a giant screen, with the soundtrack provided by a live orchestra and choir.

Trinity Boys Choir performed in five screenings of The Fellowship of the Ring in May this year and were excited to return, with members of the girl’s choir, just after the end of the summer term to perform in James Cameron’s 1997 romantic epic Titanic.

James Horner’s timeless score was performed by the Royal Philharmonic Concert Orchestra and it was a thrill to see Trinity’s Head of Brass, Mr. Todd, playing principal trumpet.

Congratulations to all the singers on two outstanding performances!