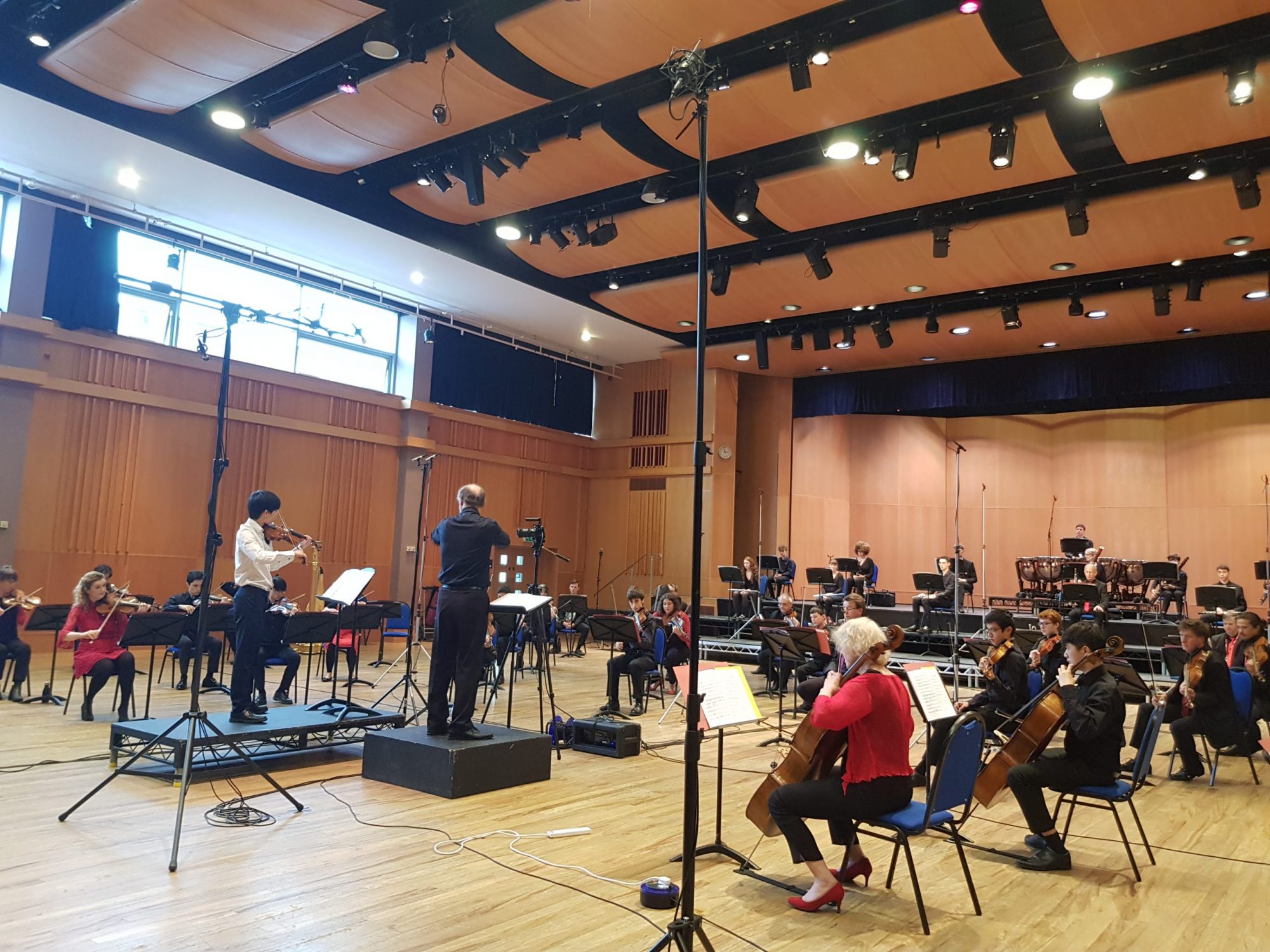 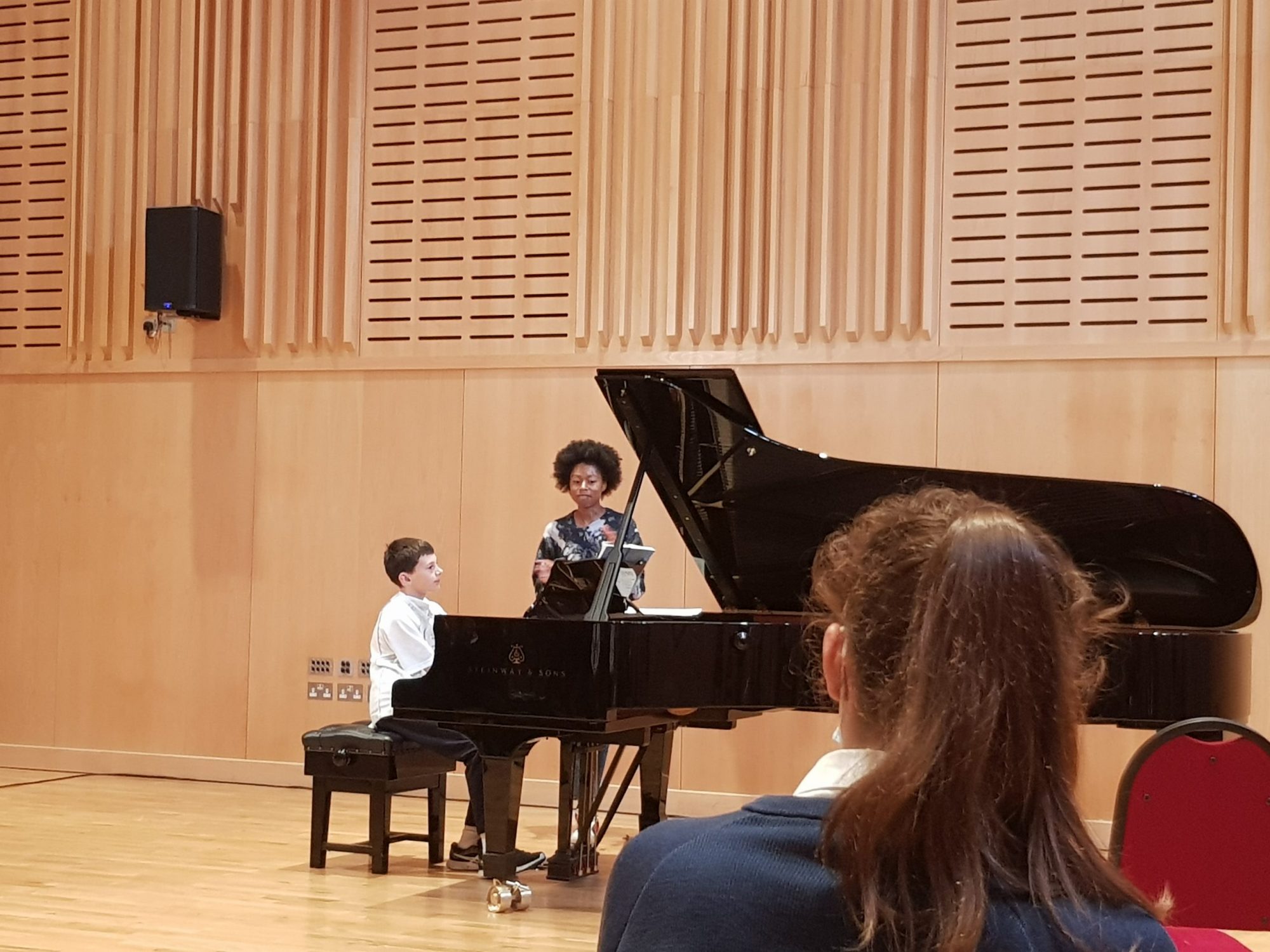 We were able to conclude the academic year with three outstanding and memorable musical collaborations with the London Mozart Players (LMP).

First, 29 members of the LMP combined with a similar number of Trinity musicians to create a fantastic orchestra which accompanied five musicians from the Upper Sixth who were playing concertos.

Under the auspices of the LMP, we also hosted two masterclasses, while our musicians were coached by two rising stars of the classical music world. The saxophonist Jess Gillam worked with Matthew Gillam and the pianist Isata Kanneh-Mason coached Edward Warner, Ben Abrahams and Isaac Rogers (pictured, left).

A film will be available to view very soon.