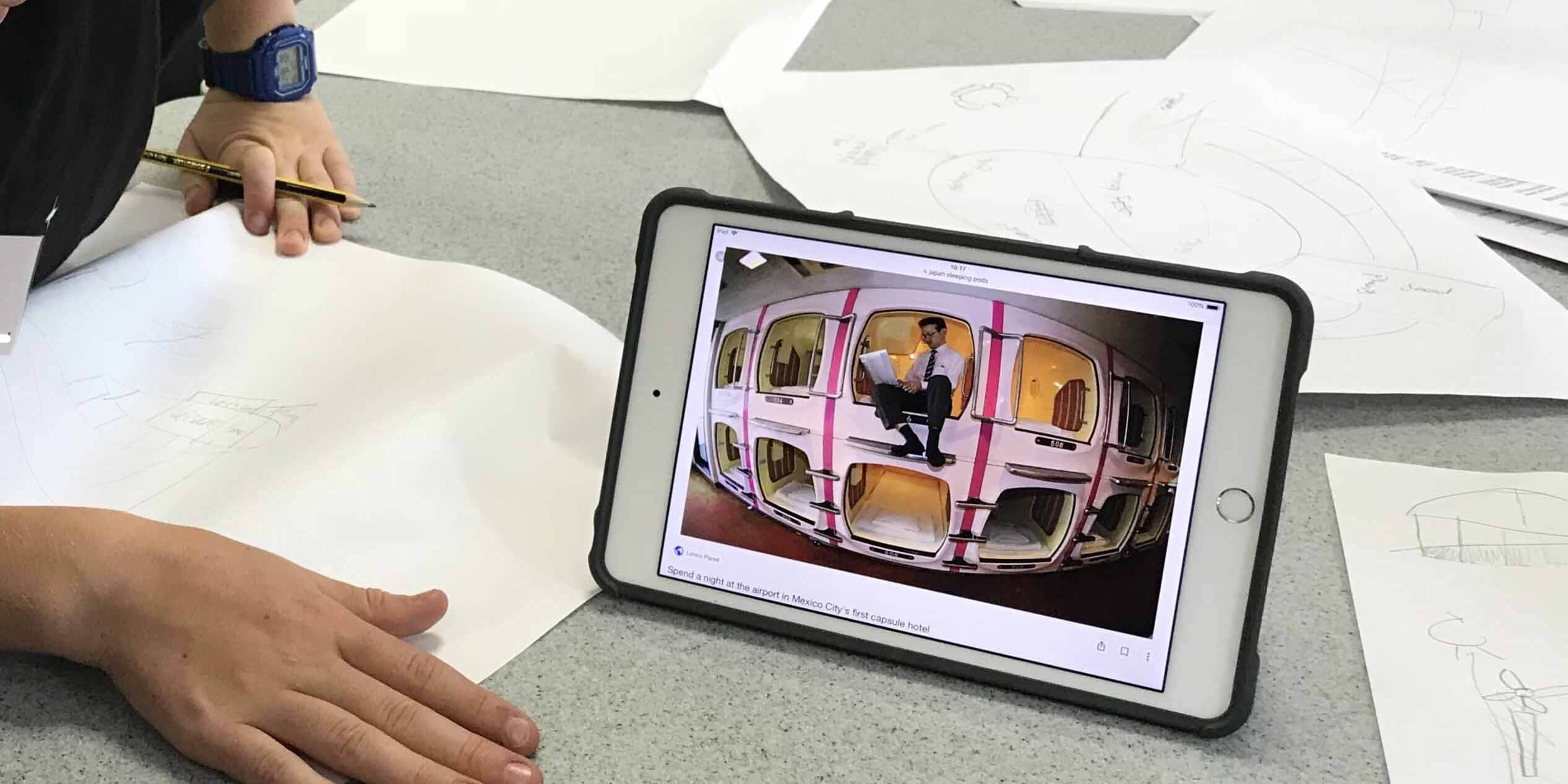 With Trinity teams involved in the UKSDC since its inception 10 years ago – and national finalists almost every year since – it was an easy decision to run our own event. Students from a number of local primary schools who have participated in our Primary Partnership Programme joined a dozen or so of our Junior Form students to form two ‘Company Teams’, tasked with putting forward their proposals for a Mars research base. Trinity students proved to be not only eager competitors, but also excellent collaborators and hosts to our year 5 visitors.

event also provided an opportunity for some Year Nice students to act as guides and technical experts. Having themselves taken part in a similar challenge earlier this year, they brought to the day both their event experience and excellent mentoring skills. The teams were in turn led by two of our Lower Sixth students as veterans of the senior competition they were made company CEOs for this Challenge. Their good humour, energy and organisational skills were exemplary. A visitor to the competition remarked: ‘The children were so enchanting & fabulously clever. Head of Science & STEM Coordinator Bill Tucker commented “I so enjoyed being in their company, observing & listening. It was such a privilege watching them learn and grow in confidence as they worked together. I found it incredible that Ellen and Julian led their teams almost single-handedly”.

Congratulations to all involved for their hard work and for being such excellent ambassadors for the school.