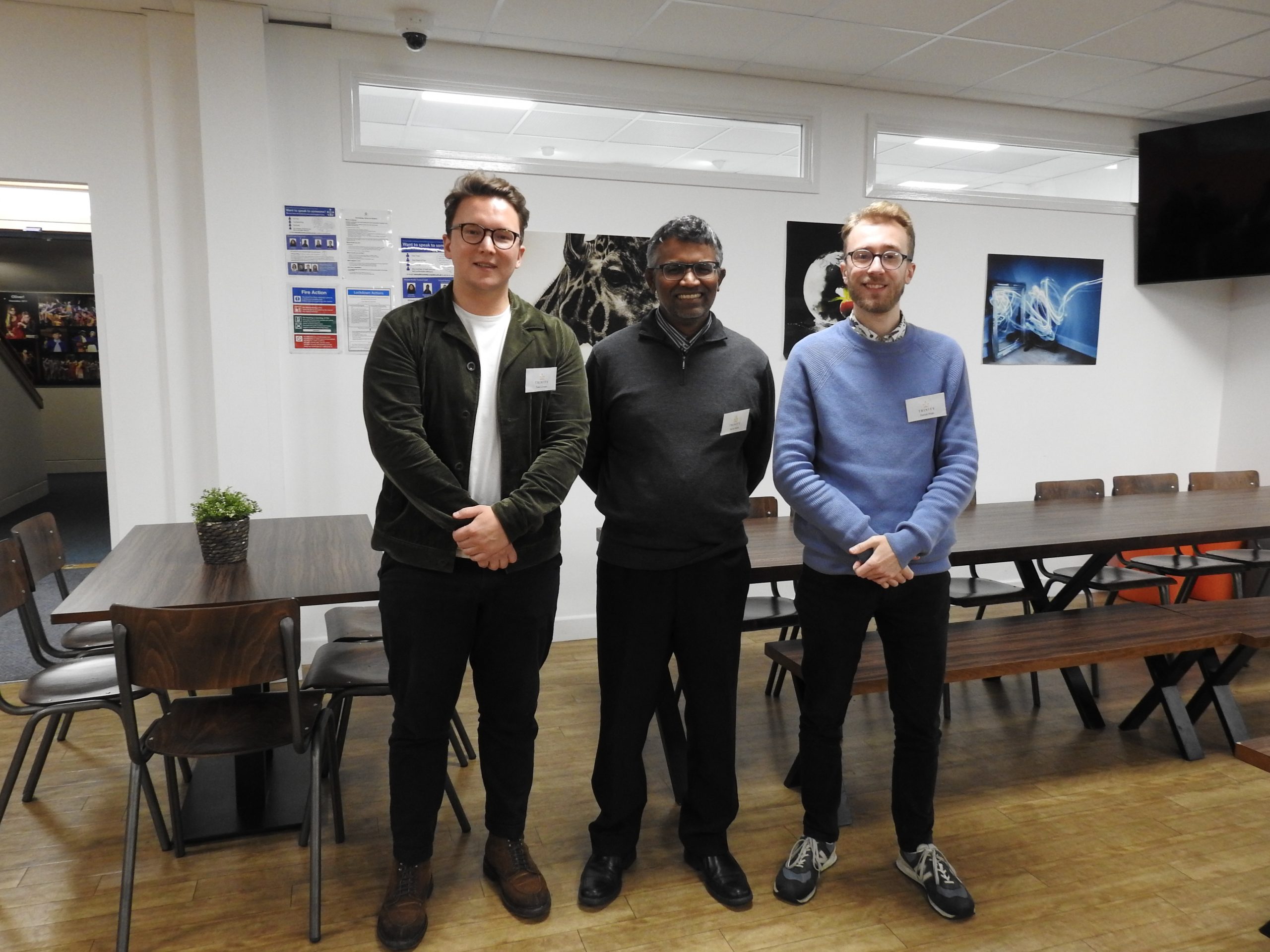 We were delighted to welcome five fantastic speakers – including three Trinity Alumni (pictured left) – representing varied roles in this growing field. They were able to share their experiences and offer advice to students and their parents during a lively Q&A session at the end.

Mrs Highmore, Head of Careers, summarises the event and says, “It was so interesting to hear from our guests, and I hope the event really opened students’ eyes and minds to the potential of pursuing a STEM career. We learned that STEM degrees are versatile, equipping students not only to pursue that subject but also to use their scientific thinking, analysis techniques and problem solving in many other fields.

“A common theme discussed by the speakers is the need for effective, empathetic communication in this field, to be able to work well with clients, colleagues and other organisations.  We also learned that STEM students do well if they are brave, prepared to try things out and innovate despite the risk of failure, and willing to apply lessons learned as a result. It was energising to find that all the speakers would recommend their jobs highly to the audience.”

Government research (Working Futures) suggests a 5% growth in STEM jobs between 2021 and 2027, to a total of just under 3m, and many of those roles will be completely new, as technology and research advance. Please speak to our Careers Department if you would like any further information. 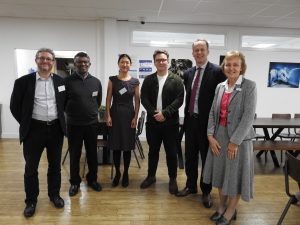 Navin Peiris is a Trinity alumnus and parent, who studied Engineering at Cambridge and went on to do a PhD in Geotechnical Earthquake Engineering. He is a Chartered Civil Engineer and initially worked for Arup as an earthquake specialist in infrastructure, oil and gas, industrial and building engineering projects. He later joined Risk Management Solutions where he is now the Head of Emerging Risk, leading a multidisciplinary team developing risk model products for the insurance industry, financial services and corporates.

Cheryl Battersby is a Clinician Scientist with the National Institute for Health and Care Research and Honorary Consultant Neonatologist at Chelsea and Westminster Hospital. She read Medicine at Nottingham University and then specialised in Neonatal Medicine. In 2020 she was appointed to lead the research project neoWONDER which focuses on the power of neonatal data, set in social context, to improve lifelong health and wellbeing of preterm babies across the globe by identifying the most effective interventions. She is particularly committed to the training and support of the next generation of researchers and is a Clinical Senior Lecturer at the Neonatal Data Analysis Unit.

Patrick Hope studied Electronics, Physics, Maths and Further Maths at A Level and left Trinity in 2017 to study at the University of Surrey. In 2019 he completed a year in industry with Richard Paul Russell Ltd, developing power systems to support their network of weather instruments. In 2021 he worked at the Surrey Space Centre, designing an ultra-high frequency transmitter for one of the first satellites due to launch from the UK next year, and he graduated in 2022 with a Masters in Electronic Engineering with Space Systems. In September, he joined Surrey Satellite Technology Ltd in Guildford as a Graduate RF Engineer and is now working on projects for NASA and the European Space Agency, including the Lunar Pathfinder mission to the moon.

Tom Livesey is the co-founder and CTO at Thriva, a leading UK health technology start-up founded in 2015, with a team of 150 based in London. He studied at Trinity until 2007 and went on to study Electronic Engineering at the University of Southampton. Before Thriva, Tom worked at various technology start-ups in product, engineering, and leadership roles after starting his first company at university.

David Fry is a chartered UK and European Patent attorney and all-round Intellectual Property (IP) law specialist. Contrary to what people assume, David is not a lawyer but an engineer. He studied Fuel & Energy Engineering at Leeds University before obtaining a Master’s degree in Management of Intellectual Property Law at Queen Mary & Westfield (QMW) in London. Starting and remaining in private practice throughout his career he trained in the City before setting up his own firm Agile IP in 2008. Many of the Trinity students may have seen the firm’s logo on tracksuit tops around the school after he sponsored the current Fifth Year’s rugby trip to Dubai.