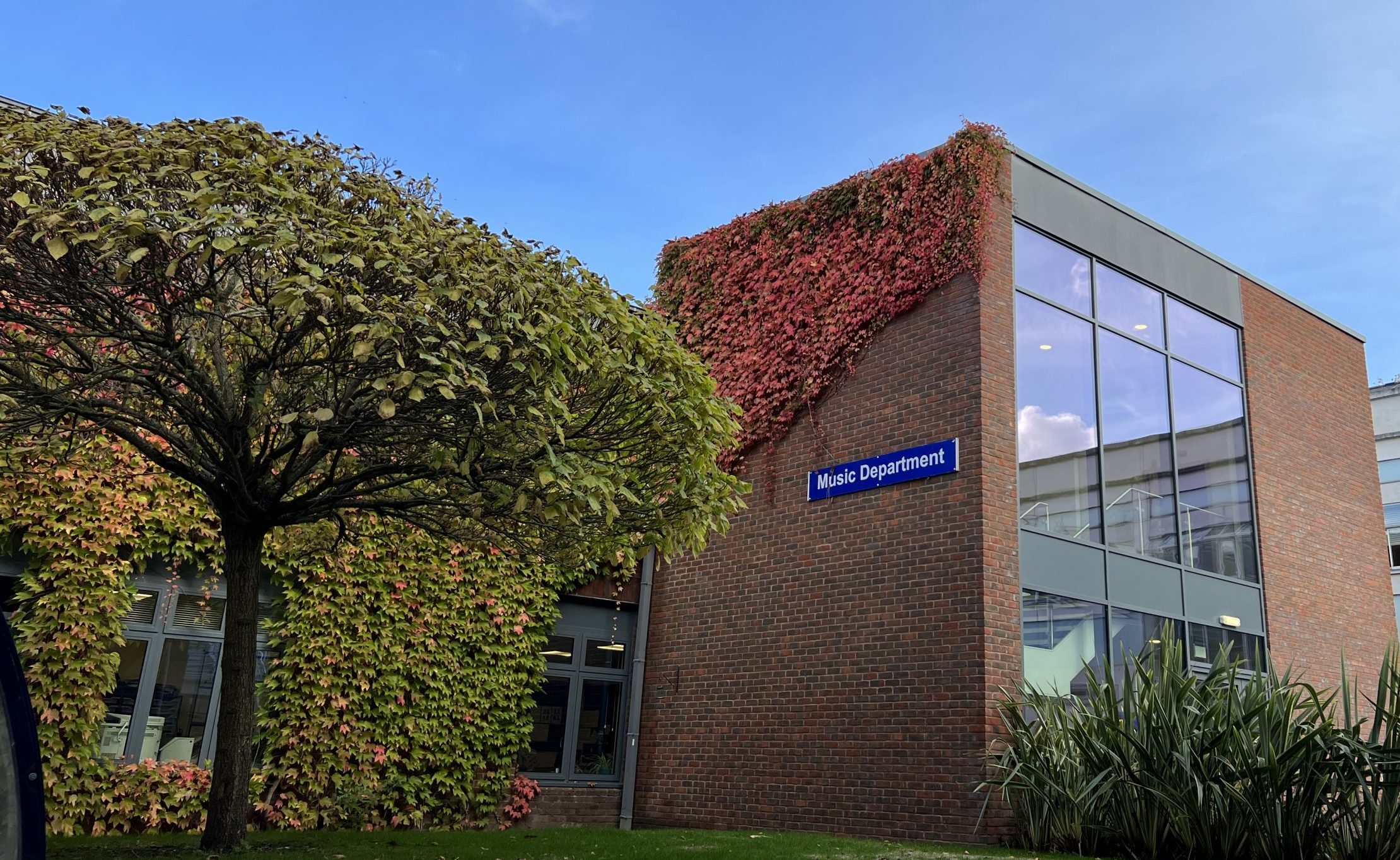 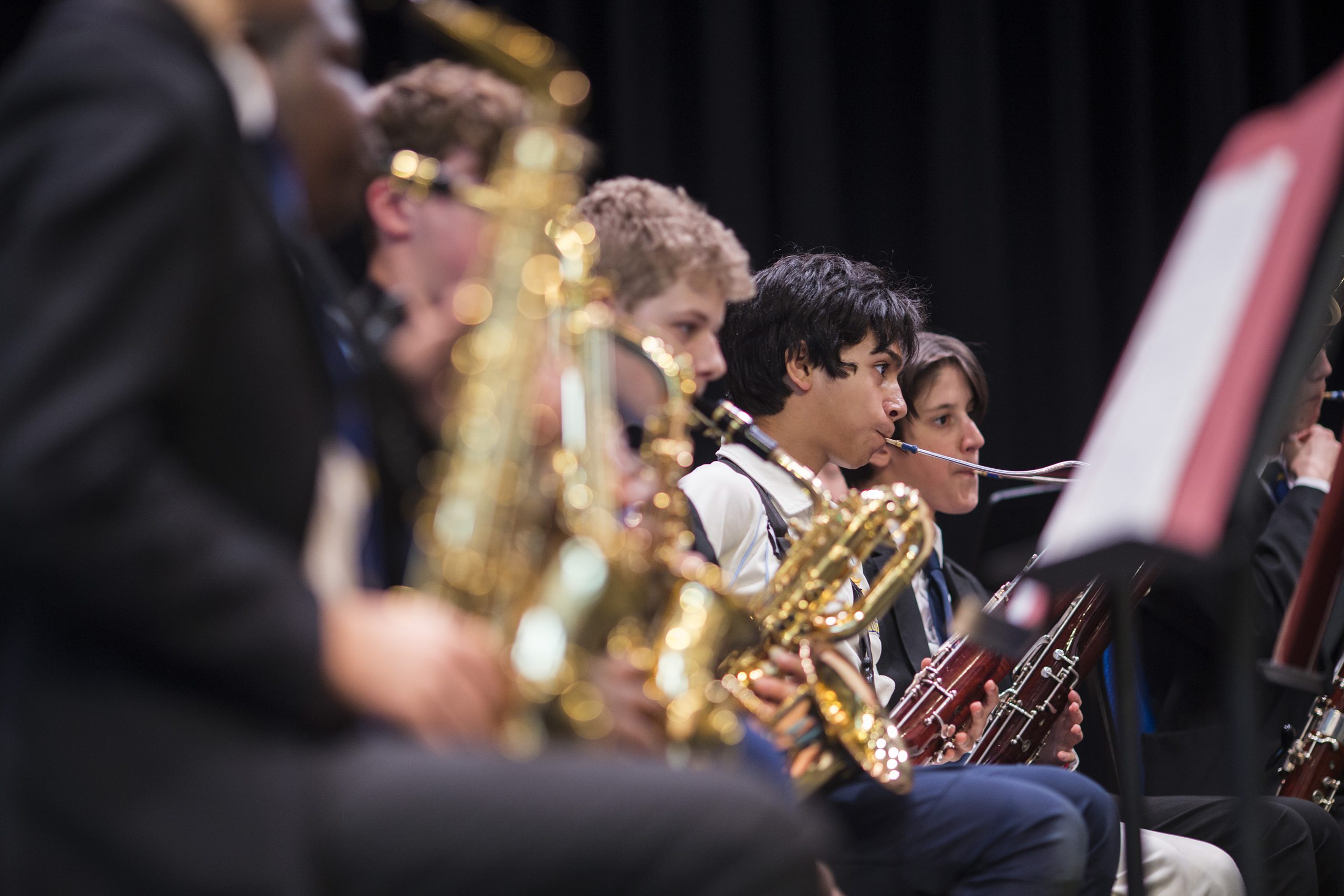 Mr Swinson, Director of Music, talks us through some recent musical highlights.

Big Band back at Ronnie’s

A highlight of the Summer Term has for many years been the annual invitation for our jazz musicians to play at Ronnie Scott’s in London’s Soho, the most famous jazz club in the world. The school currently runs four big bands as well as numerous smaller jazz groups and pop and rock bands, and the two senior Big Bands performed highly enjoyable sets on a hot Summer afternoon in June. They were joined by singers and smaller groups, all overseen by the Head of Jazz, Rock and Pop, Mr Pettitt. 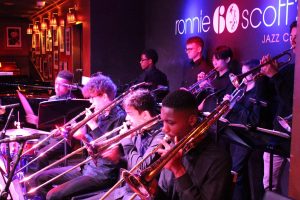 Back to business for Trinity Boys’ Choir

After two years of limited activity due to the pandemic, it is very pleasing that the Boys’ Choir is as busy as ever. Fifty choristers attended the Choristers’ Course at Wells where they sang services in the cathedral and in Bath Abbey. The highlight was a magnificent service in Bath Abbey when the current choristers were joined by an enthusiastic group of alumni singers. The music included ‘Alleluia’ by Christopher Dowie, which was composed for the 25th anniversary of the Choristers’ Course in 1990. It was a thrill to have Christopher playing the organ for us again. 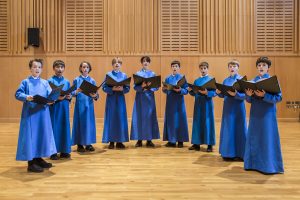 The Armed Man at Fairfield

The choristers then turned their attention to Karl Jenkins’ popular ‘The Armed Man’, which they performed with the London Mozart Players and musicians from Old Palace and Whitgift schools. We were very proud of the contributions – not just of the choristers but also of our four percussionists: Jasper Bew, Naku Debebe, Daniel Battersby and Ellis Gates; the four solo singers: Leo Jemison, Joshua D’Souza Konda, Freddie Jemison and Patrick Minton; and star solo cellist, Jenson Wong, who played the beautiful but challenging ‘Benedictus’ stunningly.

Trinity Musician of the Year

The Concerto Final of this event was as much a celebration of talent as a competition. We were privileged to have with us the London Mozart Players, who sat side-by-side with members of our own senior orchestra to provide the accompaniment for our soloists. The audience was treated to a world premiere performance of a brilliant new composition by School Music Captain, Safiya Tiotto-Smith, called ‘Strike Three’, as well as Beethoven’s 3rd Piano Concerto, 1st movement, played by Ed Warner, Liszt’s Piano Concerto No 1, with Ming-Ho Cheung and Sibelius’s Violin Concerto, 1st movement, with Josh Albuquerque. Many congratulations to Ming-Ho Cheung (1), Trinity Musician of the Year 2022.

Taken from In Trinity Autumn 2022. Trinity School, Croydon is an independent boys’ secondary day school, with a co-educational Sixth Form.