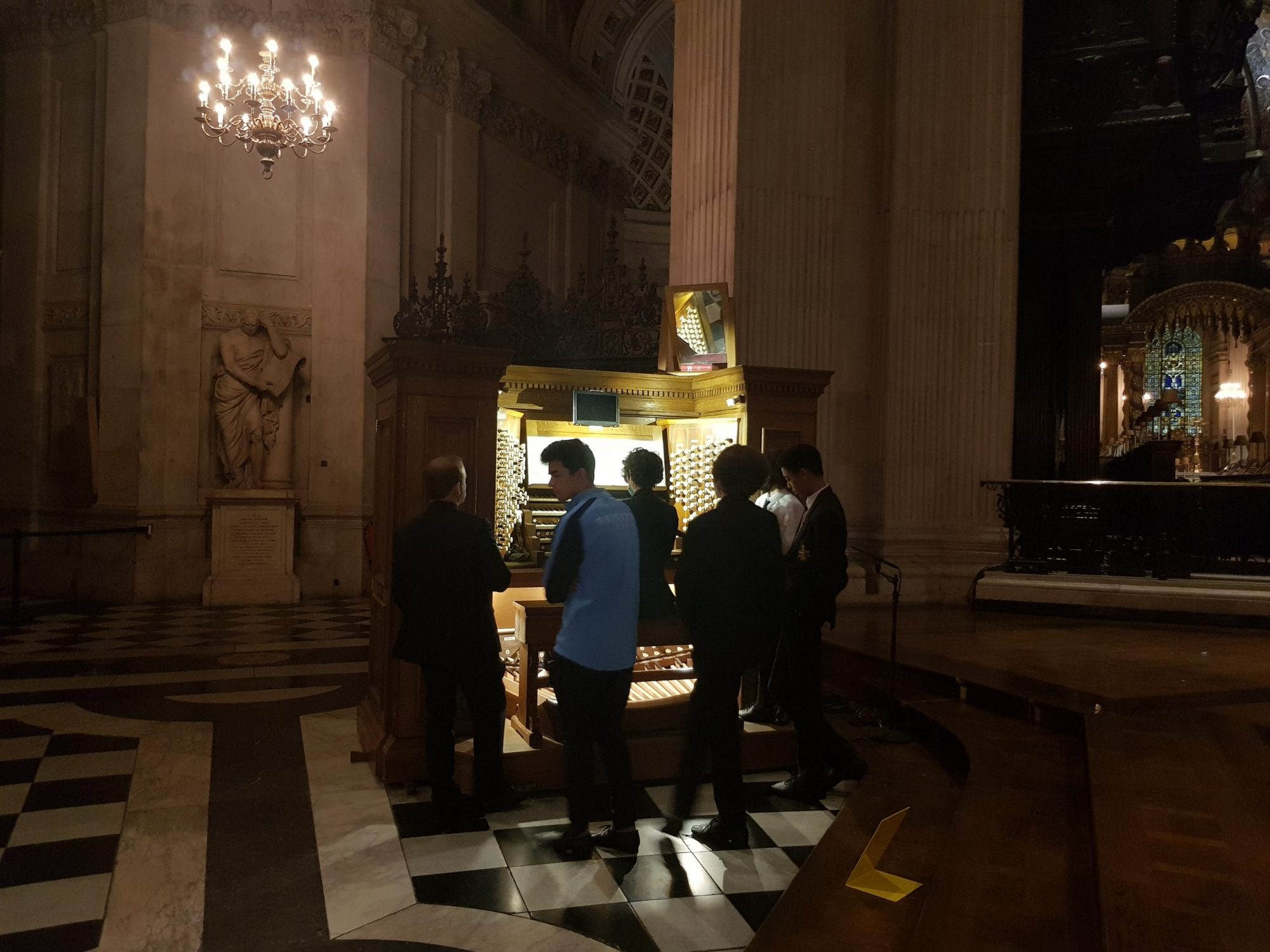 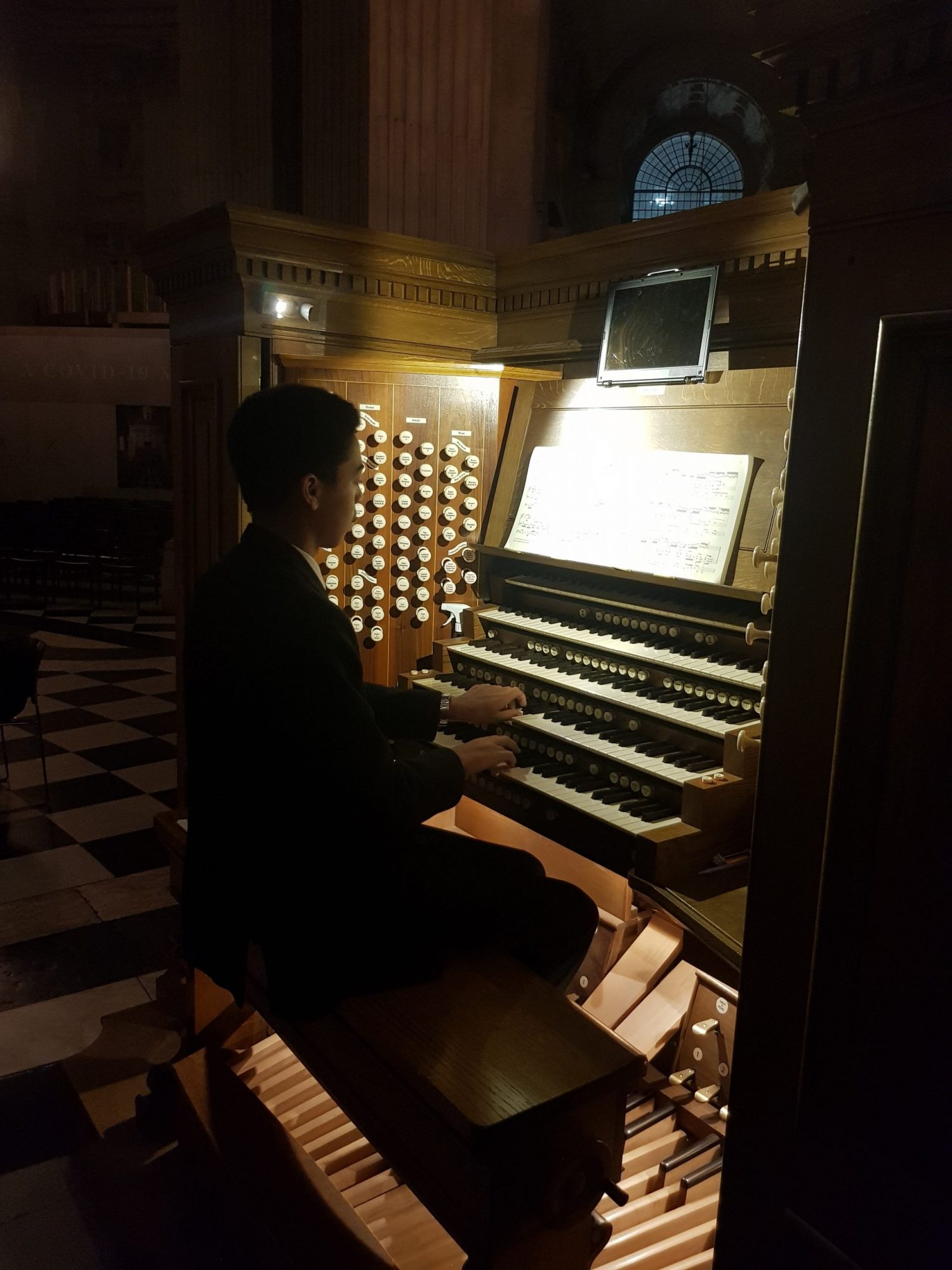 Trinity’s organ teacher, Mr Martin Ford, is currently Acting Sub-Organist at St Paul’s and he arranged for five of our organ students to visit and play the organ.

St Paul’s Cathedral is famous for hosting state occasions. It also has a distinguished musical history dating back centuries and houses one of the largest and most exciting pipe organs in the country.

Rohan Lall, Stephan Dyakonov, Simeon Wren, Ben Abraham and Alan Bernstein arrived at the cathedral to hear the final part of the evening service, at which the famous choir sang and Mr Ford played. After the service, the cathedral emptied and the students had the space to themselves to play for two hours under the guidance of Mr Ford.

Mr Swinson, Director of Music, explains: “The main organ has two consoles (where the organist sits) and the boys were given a tour of both as well as of the choir room and other organs. They played a variety of music, sitting at the Nave console, and were able to make full use of the impressive range of sounds.”

Sixth Form student, Rohan Lall, said: “I especially enjoyed having the unique opportunity to play on such an enormous instrument with a brilliant sound in such a prestigious environment. It is very different playing on a big pipe organ in comparison to playing on an electric one; it is slightly trickier, but the incredible sound which was produced made that extra challenge very worthwhile. We were very lucky to have the whole cathedral to ourselves – a truly memorable experience.”

Ben Abraham, in Second Year, added: “I found the experience absolutely incredible. It gave me a whole new perspective. As my first time playing in a cathedral, I learnt how it felt to play the instrument there and I could appreciate how glorious the acoustics are.” 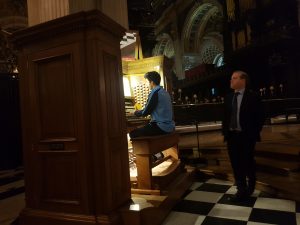 "I found the experience to be absolutely incredible and it gave me a whole new perspective."