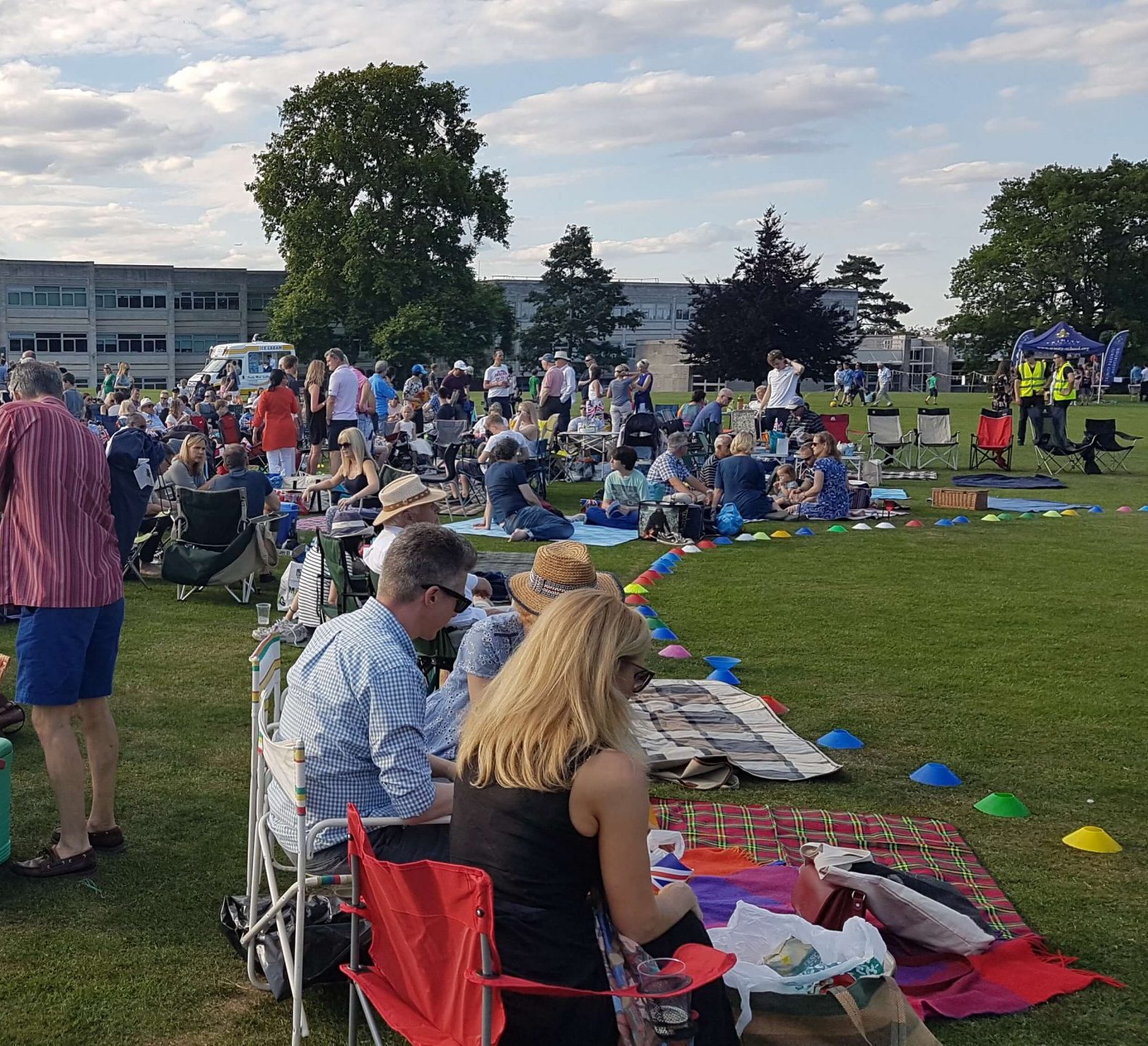 The Trinity Proms took place on Saturday 7th July, marking the end of the School year and start of our summer break. This wonderful evening demonstrated both the best of our own, homegrown musical talent, alongside special guests composer pianist Johan Hugosson and singer songwriter Hannah White.

The event was opened by The Twist UK, a young band which includes drummer Kieran Crowley and bassist Tom Pacitti, both leaving Trinity students, who were joined by keyboard player Tara Daszek-Green, her brother Daniel on vocals and Luke Pinnell on guitar. The band’s original material and their faultless performance got the evening off to a great start.

We were then treated to two dazzling performances from pianists Amiri Harewood and Johan Hugosson. Amiri (16) is the 2018 Trinity Musician of the Year and has achieved Grade 8 Distinctions in both cello and piano, this latter when he was only 11. Amiri has performed at Palazzo Cavagnis and Palazzo Pesaro in Venice. He is a Steinway scholar and has attended Trinity Music Academy where he studies under our Head of Piano Richard Evans.

Johan was born in Sweden and studied piano at the Royal College of Music. At RCM he won a number of prizes, including the coveted Chopin and Beethoven prizes before graduating from the advanced postgraduate course with distinction. Johan’s distinctive and accessible style and original compositions are drawn from both classical music and jazz. Johan was accompanied by a string quartet of Trinity students comprising Ying Lo, Ross Ah-Weng, Nadia Soole-Sanchez and William Albuquerque. By marvelous co-incidence Johan’s percussionist, Matt Whittington, is a former Trinity student.

In December 2016 the Trinity Drama Department undertook an ambitious production of Oliver! under the excellent direction of Head of Drama Productions Chris Chambers, who studied English at Cambridge and acting at LAMDA, and Musical Director Gillian Kitchen. Plaudits for the production values followed, the most frequent being that it was just like watching a West End production. The actors were uniformly outstanding, their talent not least demonstrated by the excellent Fagin, played by Upper Sixth student Benjamin Osland.

The audience was also treated to a performance by the world famous Trinity Boys’ Choir led by Director of Music David Swinson. In 2018 the boys will perform in France, Holland, Germany, China, Malta, Italy, Spain and Poland, as well as in the UK at The Royal Opera House, English National Opera, Glyndebourne and Garsington Opera. Their credits are too extensive to list but one recent high spot was their appearance on the Strictly Come Dancing Christmas Special. Their rendition of Queen’s Bohemian Rhapsody at the Proms on Saturday was a spine tingling version of a rock classic.

Hannah White performed an energetic set of her own Americana tinged original compositions. Hannah’s songs have recently been heard on BBC Radio 2’s Good Morning Sunday, BBC 6 Radio’s Tom Robinson Show and on Radio London Hannah has been a guest on Gaby Roslin’s show, as well as being the subject of a Gary Crowley Featured Artist slot. The music was perfect for a  Saturday evening and featured, among Hannah’s own songs, a sensitive treatment of the Leo Sayer worldwide hit ‘When I Need You’, a song written by legendary songwriter Albert Hammond.

The evening came to a close with a blistering performance by the wonderfully precocious Trinity School Big Band. They played an hour long set under the direction of band leader Lewis Brito Babpulle who, while a pupil at Trinity, played bass in the band that he would one day lead. Lewis, an Oxford graduate and Head of Academic Music, has been an inspiration to countless members of the band and will be sorely missed as he is taking up the post of Director of Music at Worth School in September. The band played on with a mixture of jazz standards, some excellent vocal performances and rounded off the evening with a Blues Brothers medley that got the crowd on its feet.  All of this followed by a high energy fireworks display.

Throughout the year our TPA has supported two charities, CLIC Sargent, the UK’s leading cancer charity for children, and the Trinity Malawi Project, which supports children at their link school in Chipwepweti. Cheques were presented to both on Saturday.

With thanks to Geri Perry for providing this fantastic summary!