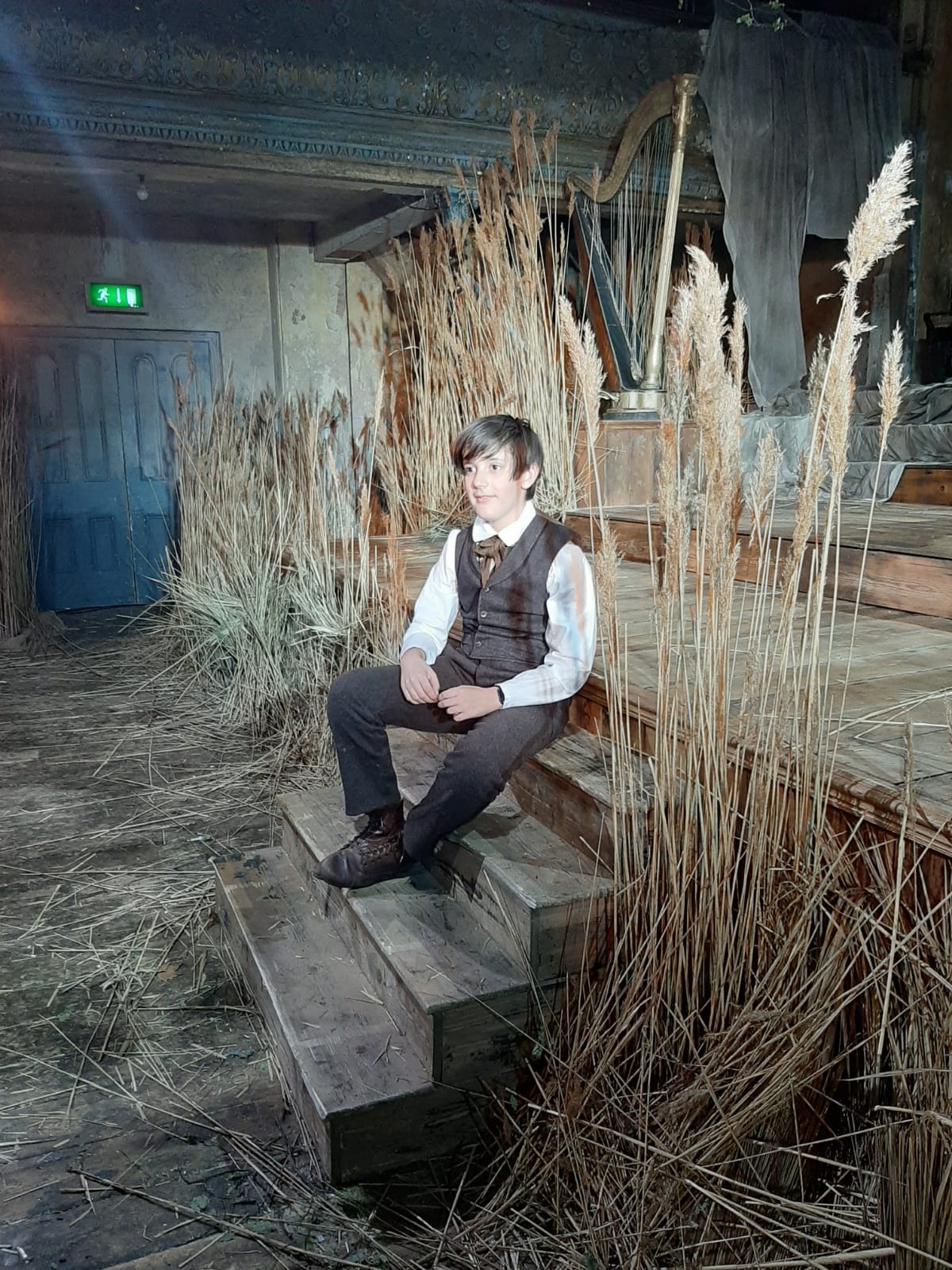 The most challenging role in opera for a boy soloist is that of Miles in Britten’s The Turn of the Screw. Some would say that it is the most important role in the opera.

Last March, Leo Jemison, now in Second Year, was just about to perform the role at Wilton’s Music Hall in London with OperaGlass Works and the distinguished conductor, John Wilson, when the first national lockdown necessitated the production’s postponement.

The production was revisited last autumn but, when it was clear that live performances would not be possible, it became a film project, later also to be released on CD. It has just been announced that the film will be available on Marquee TV from 31st January.

Director of Music, David Swinson, says: “Having been fortunate enough to attend some of the filming sessions, I can say that this will be unforgettable production of this spooky ghost story. Wilton’s Music Hall was the perfect setting and all the musicians were excellent. Leo was the only child in the cast but (and I know I am biased!) but I reckon he was one of the strongest performers.”

Trinity Boys Choir has a distinguished history with this opera, having provided soloists for productions around the world, including at La Scala in Milan. Congratulations are also due to Felix Barry-Casademunt and Daniel Todd, who have recently been invited to perform the role of Miles for Opera National Lorraine in Nancy, France.