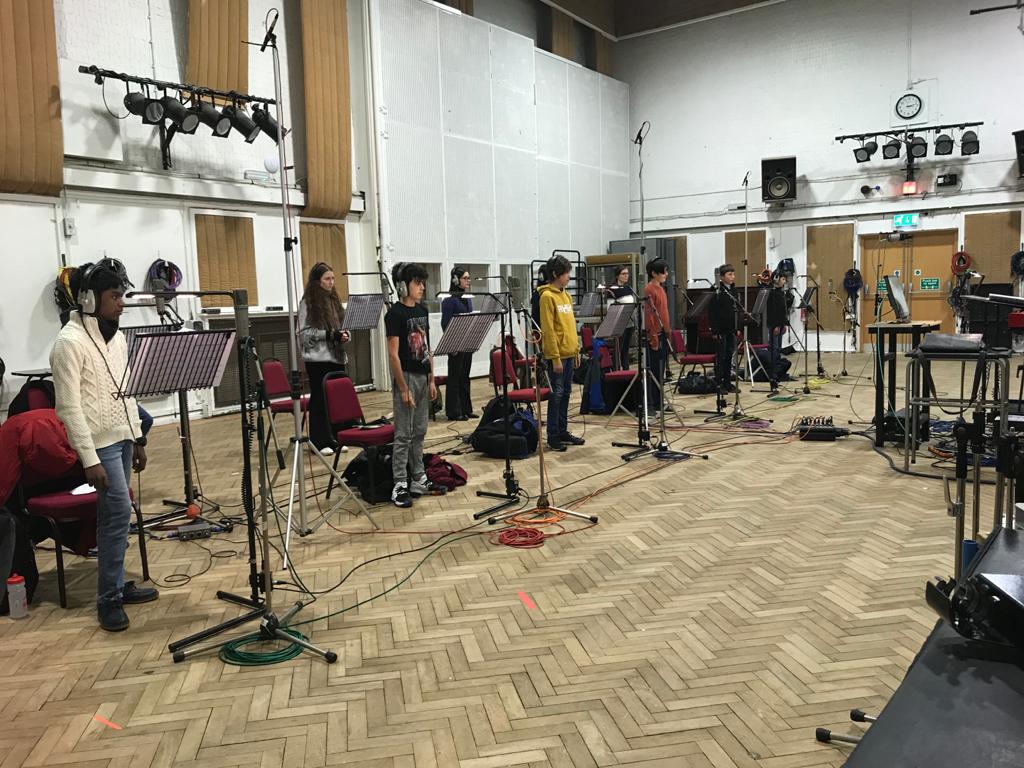 The producers first contacted the school at the start of December but the session was not finalised until the start of the year; just as the lockdown began.

“I assumed that the session would either be postponed or cancelled because of the lockdown but Abbey Road was allowed to remain open for professional recordings and the local councils were happy to issue performing licences to the under 16s,” says Mr Swinson.

“Inevitably a lot of very detailed risk assessments were written and we took the extra precaution of Covid-testing all the singers and chaperones just before the session. It was so good to be working with our great young singers again!”

The choir had a live link to Florida throughout the three-hour session and the producer guided the singers through the various musical cues from the other side of the Atlantic.

Trinity Boys Choir is fortunate to be invited to record at Abbey Road a few times each year but this was just the second time for the Girls Choir and Eloise Demay ended up taking a leading role by singing many solo sections.

“My Abbey Road experience felt every bit as magical as it ought to have been: I introduced myself to Amy, Elton, Ringo, Paul, George and John, convinced that they were cheering me on.”

Disney filmed the session for a documentary which will be released in the spring.