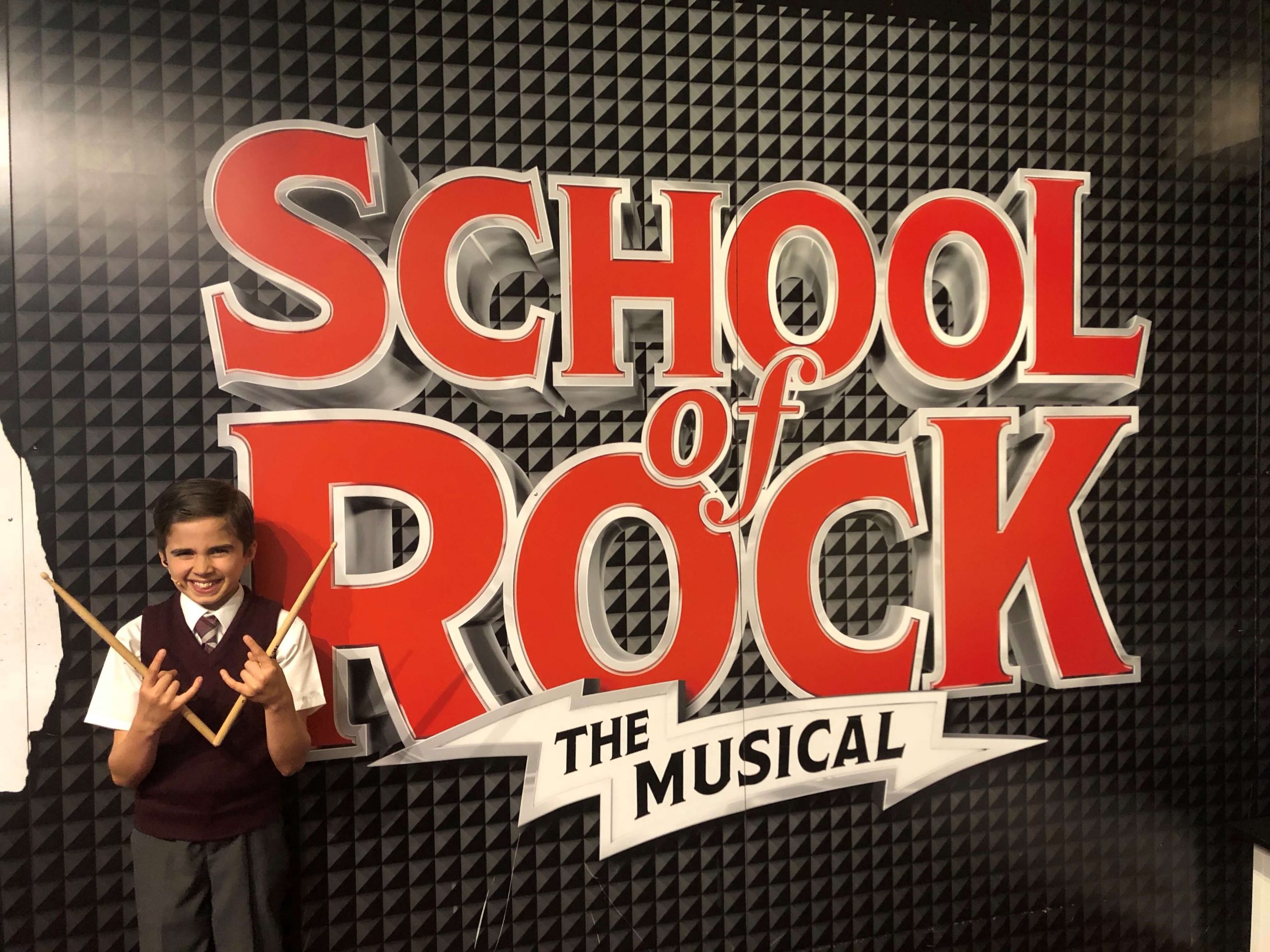 Student Jasper Bew has been rocking out in the role of Freddy the Drummer in the hit West End production of Andrew Lloyd Webber’s School of Rock the Musical.

Having taught himself the drums before auditioning, and inspired to audition after seeing the show in 2016, Jasper was cast in December 2017 and started his run in January this year.

Based on the hit film starring Jack Black, the musical follows Dewey Finn, a failed, wannabe rock star who decides to earn a few extra bucks by posing as a substitute teacher at a prestigious prep school.

Jasper is currently in his First Year at Trinity. He is a music and drama scholar, playing the violin, guitar and piano, as well as singing.

On his experience, Jasper said: “It has been a fantastic experience right from the beginning; I’ve loved every minute of every rehearsal and show. I enjoy seeing how happy the audience is during the show and hope to inspire other children watching to play and practice their instruments.”