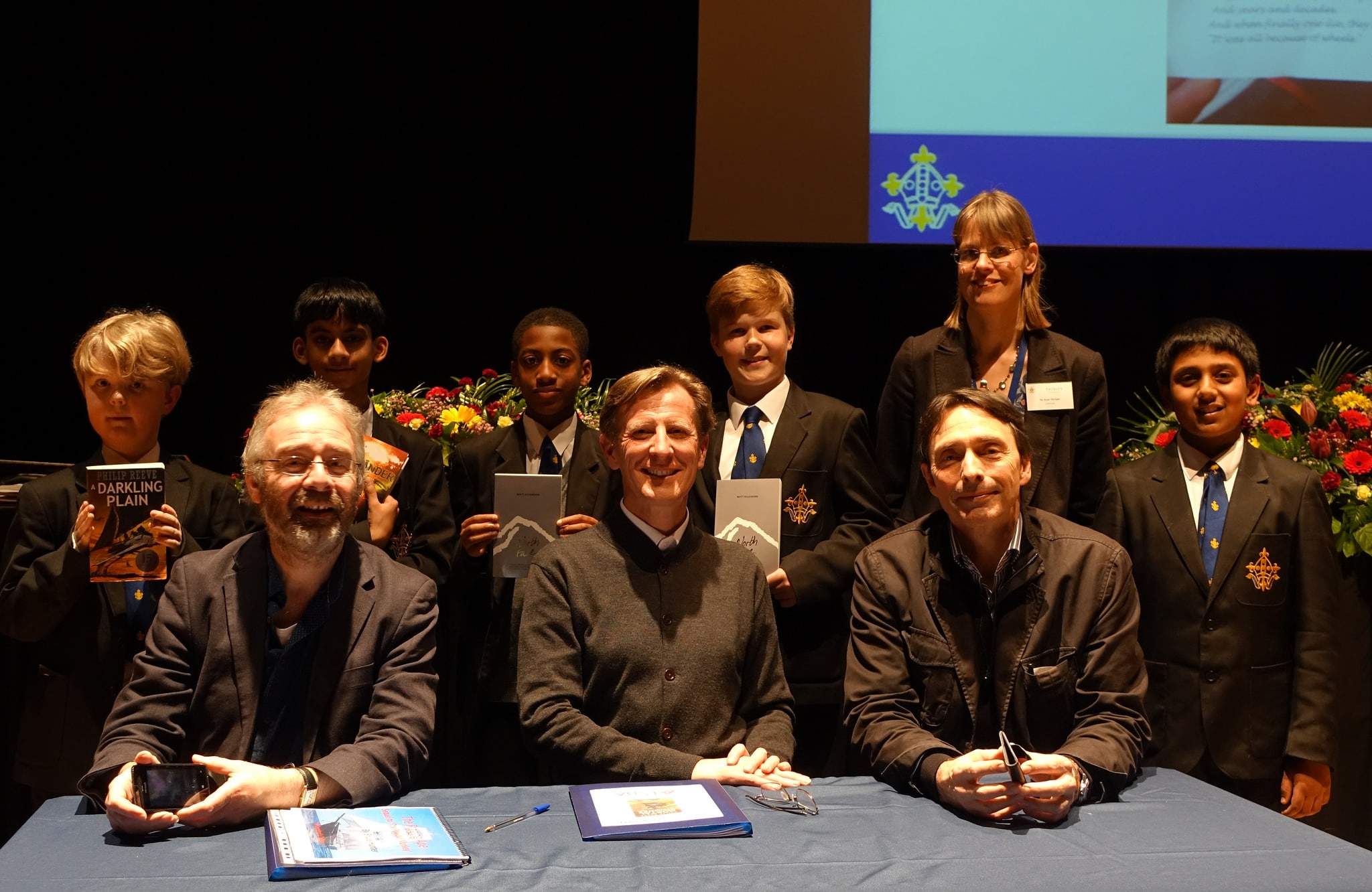 Students voted for their favourite novels from shortlist developed on the theme ‘Secrets and Lies’, with two novels sharing the top spot.

The 2019 winners were Alice Broadway for her debut novel Ink (Scholastic) and Paul Dowswell for Ausländer (Bloomsbury).

Sadly, an injury prevented Alice from collecting her award in person, but she was able to send a video message of thanks.

Ausländer is a historical novel about a Polish boy in Nazi Germany, whilst Ink is a fantasy set in a world where your life story is tattooed on your skin; although completely different genres, both books fit the theme and captured students’ imaginations.

The TSBA was set up by a group of Independent Schools in 2015 and, this year, pupils from 15 secondary schools attended the ceremony.  Four out of the six shortlisted authors were present at Friday’s ceremony to answer questions and meet the audience of students and staff from the participating schools.

Next year’s shortlist, on the theme of ‘Stand Up, Speak Out’, will be announced in June 2019.