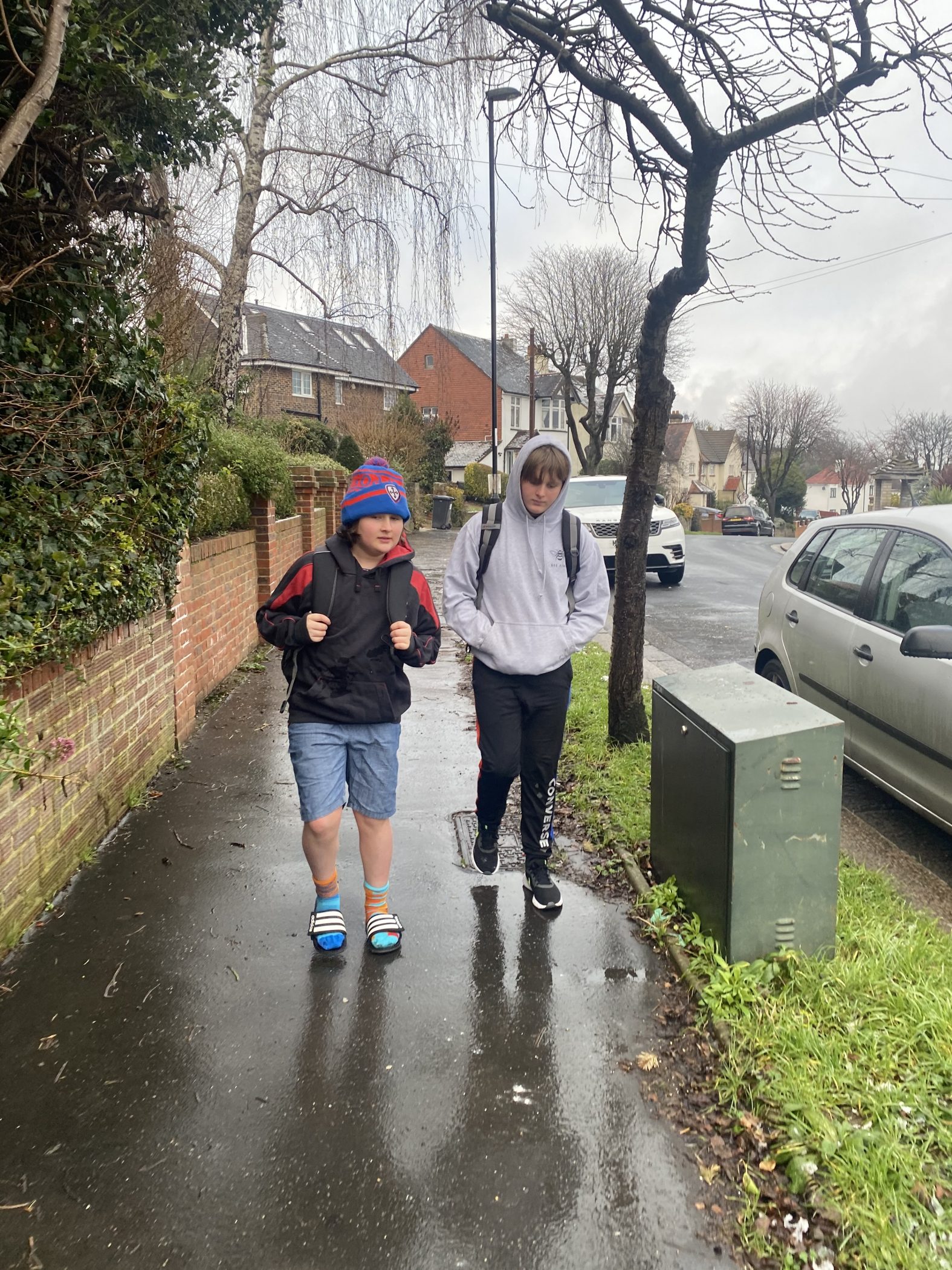 Second Year student Morgan and his brother Eli, in Junior Year, recently wrote a letter to their neighbours in South Croydon alerting them to a big yellow bin outside their house, which they have put there to collect donations for local foodbanks.

Now, they are putting their school bags to good use every Sunday, too, by collecting donations from doorsteps for food banks in their local area.

“You might have seen the new bright yellow bin outside our house,” the boys wrote in their letter to nearby residents. “We are collecting food for our local food banks. Our bin is already half full, but we would like to fill it, over and over again if possible!”

Each Sunday, the boys also collect donations from doorsteps, walking around the block with along with their dog, Mabli.

J-Bug Eli comments: “Our neighbours have been amazing. It’s been great to see how much everyone wants to help out. They’ve been very generous and our bin is almost full already.

“Every month, the food banks send out a list of the things which people need most. We are also checking what people donate, and if there is anything on the priority list which is a bit low in the bin, that’s what we will donate. We are aiming to fill the bin in a few times before the end of lockdown.”

The boys’ actions form part of the #OneTin initiative, launched by Croydon Covid-19 Mutual Aid (CCMA). Residents are invited to host a #onetin bin as a collection point for donated food bank items. 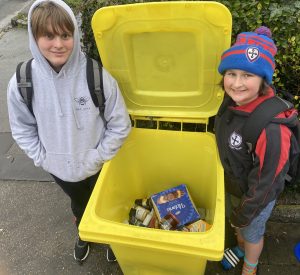