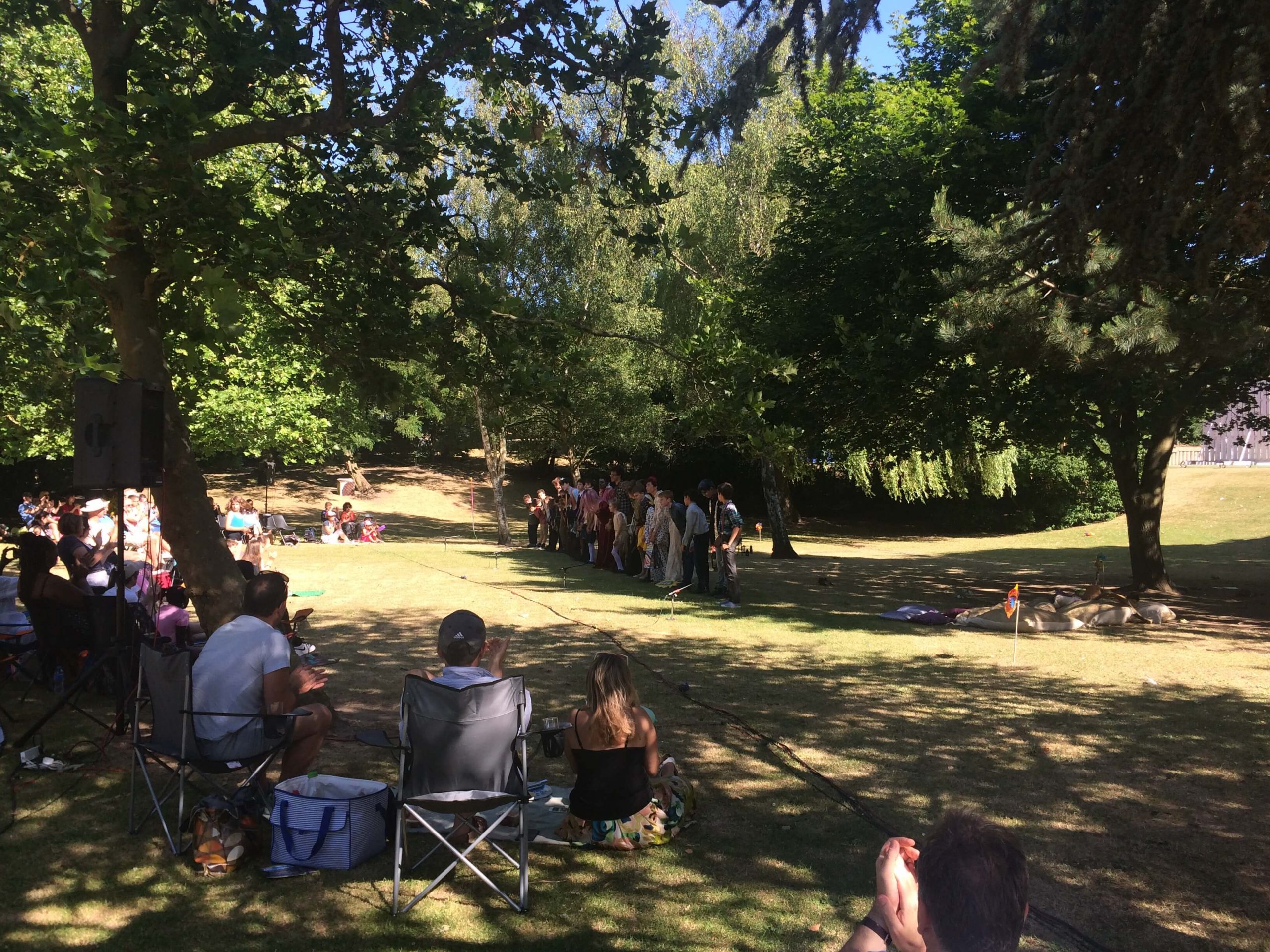 The spirit of summer was well and truly alive at Trinity as our Lower School students put on a dazzling, open-air production of Shakespeare’s fantastical comedy A Midsummer Night’s Dream.

With an all-male cast; Puck entering on a zip wire; a magical setting within the School’s grounds, and audiences enjoying a picnic as they watched the show, it truly was a wonderful occasion that marked the end of Trinity’s summer Arts Festival.

It was the first time, in a number of years, that the School had hosted a drama production outside, and the audience of over 350 friends, family and local residents across the three-night run made the most of the good weather.

One audience member commented:  “The boys did a brilliant performance; our first ever Shakespearean play was a great experience!”

Another said: “Absolutely fantastic and magical production with wonderful performances. So lovely to have it in the outside setting of The Dell.”

Head of Productions, Chris Chambers, said – “The risk of mounting a Shakespeare production outdoors paid off with some great performances delivered by talented young students.  They utilised the space effectively,  making use of the trees and grassy banks of The Dell, a set worthy of A Midsummer Night’s Dream.  They acted with panache and found a clarity and freedom in presenting Shakespeare’s verse which I have rarely seen in a youthful cast.  I am sure both cast and crew will take away magical memories of this production and their commitment and enthusiasm bodes well for the future of drama productions at Trinity.”