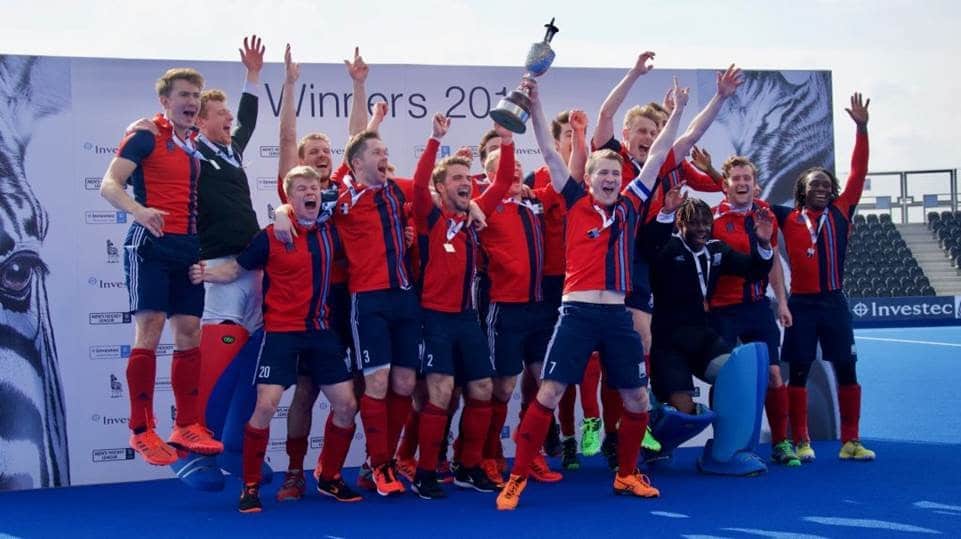 Our Head of PE and Games, Marc Edwards, won the England Hockey League finals last weekend with the Hampstead and Westminster hockey club.

Mr Edwards, who was also named Player of the Season, has been working towards winning the league title for 12 seasons with three different clubs.

He said: “It was very special to finally get my hands on the trophy after all this time! I am lucky that Trinity still allow me to play at the top level of English hockey and it will be great for me to fly the school flag in Europe next year in as part of one of the top 20 teams in Europe”.