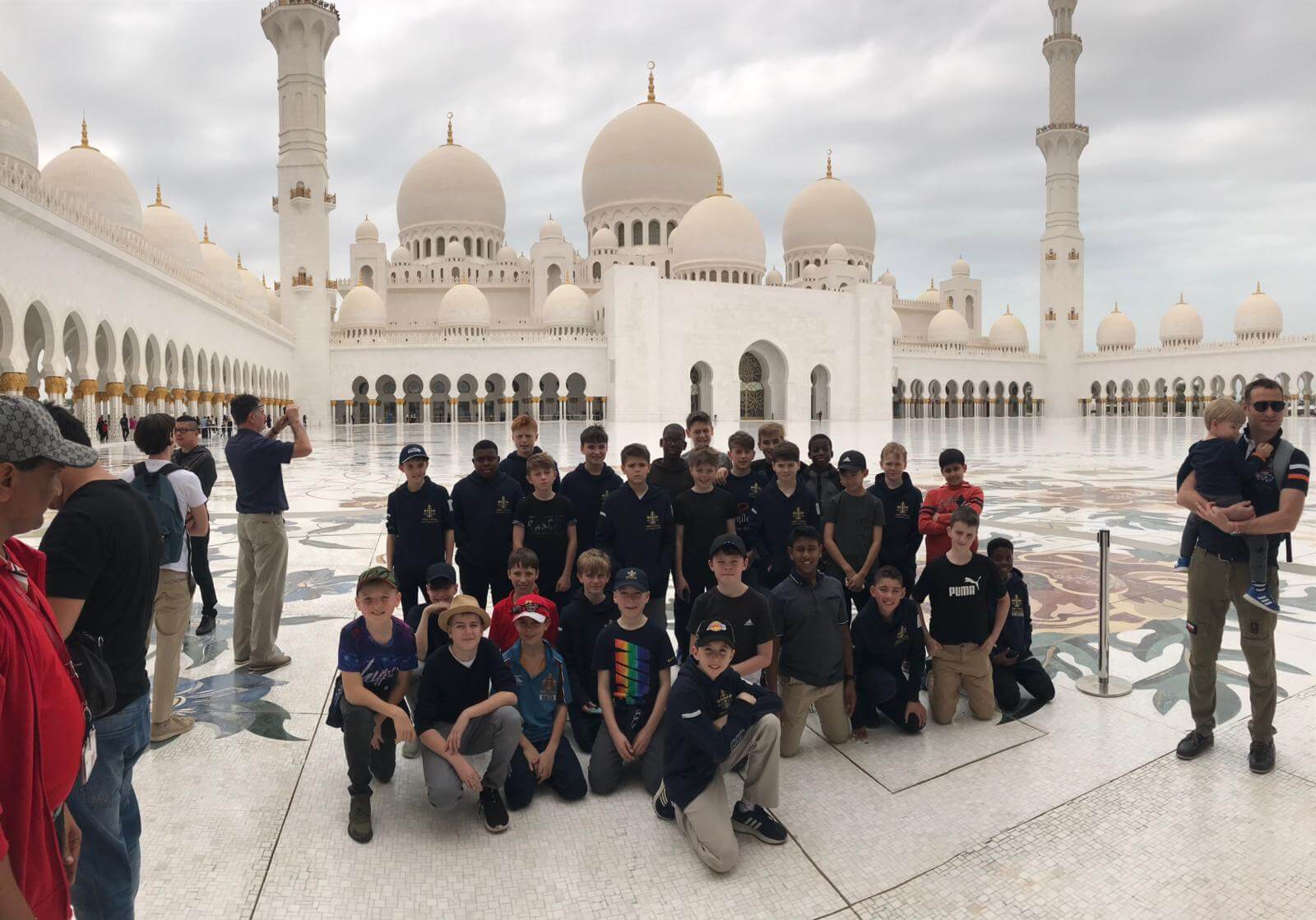 Our First Year rugby players experienced an action packed week of training, matches and sightseeing adventures in Abu Dhabi and Dubai, as part of our UAE Rugby Tour 2019.

On arriving, the team had a morning training session in Abu Dhabi, followed by a day at Ferrari World – a large indoor theme park with the world’s fastest rollercoaster, the Ferrari Rossi! The group also enjoyed a city tour, a trip to the Grand Mosque, and their first fixture against Abu Dhabi Harlequins, where both teams were very competitive and enjoyed playing under the floodlights at Zayed Sport City.

On day two the team travelled to Dubai and had lunch in Dubai Mall, before taking the world’s fastest elevator up to the 125th floor of the Burj Khalifa. The team then travelled to Dubai Sport City for two exciting games against Arabian Knights RFC.

Day three saw the group enjoy a day at the Atlantis water park, going on all the water slides, the lazy river and playing in the sea, before their final matches against Dubai Hurricanes and Dubai Tigers at the main Dubai Sevens Ground at the end of the week.

On the final day the team took a trip to the beach and went to the souks to buy gifts and souvenirs, before heading off into the desert for a final evening of Dune Safaris, camel riding and sand boarding.

The boys were exemplary in their behaviour, took in all the culture and sights with interest and received unanimous praise from all our host families, who loved sharing time with them.