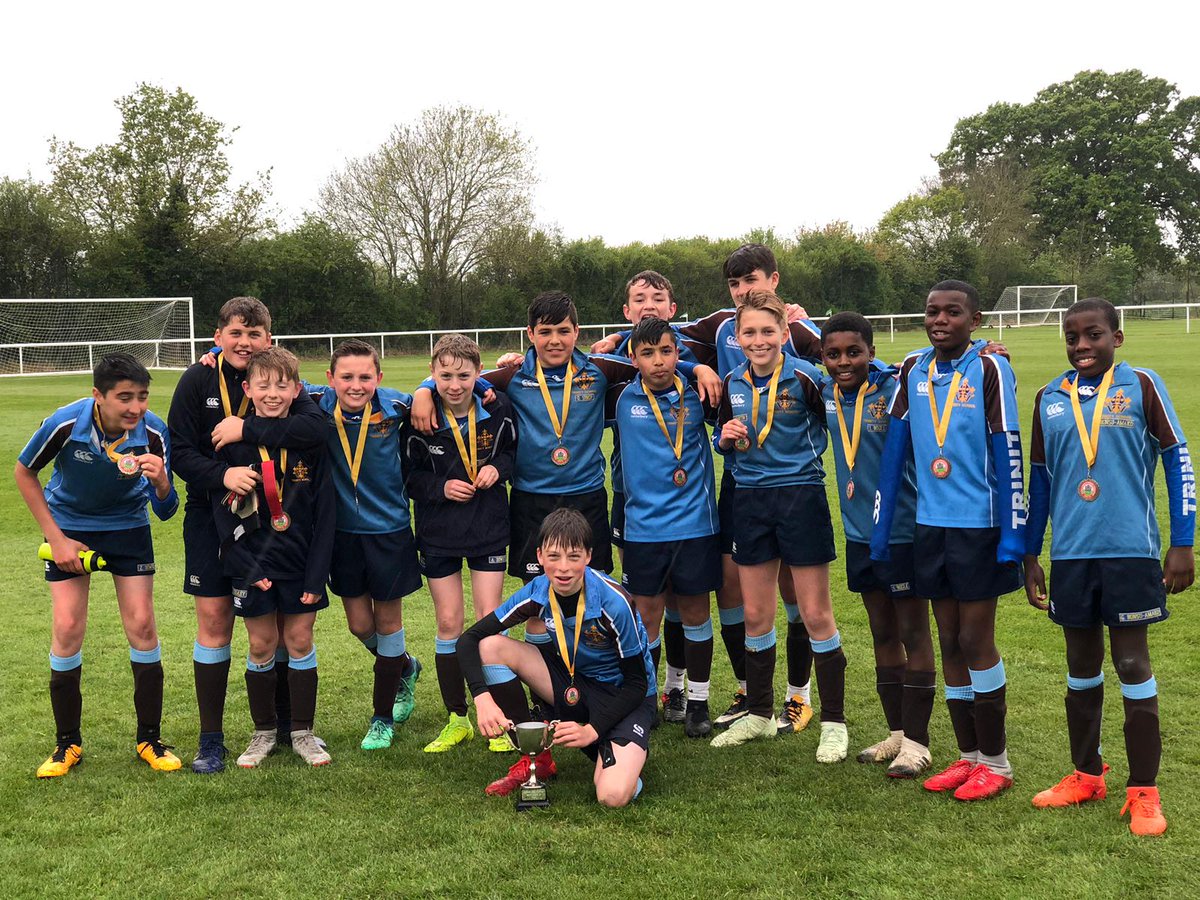 Last week our U13 footballers won the Surrey Cup after an amazing game against Carshalton Boys.

Following successful games against Whitgift, St. Peter’s, and George Abbott throughout the tournament, and Coombe in the semi-finals, the U13s were looking to retain the trophy they won last year.

It was a thrilling match, with both sides demonstrating excellent skill and resilience throughout.  The game ended with a 6-6 draw at full time.

The boys remained focused and calm throughout, which stood them in good stead for their first penalty shoot out together as a team and where they eventually won the game 7-6.

Carshalton Boys were a formidable opponent, putting some big scores in on the way to the final and recently reaching the ESFA National Cup final.

Congratulations to all the boys that took part, were on standby, featured in the games in the lead up and the ones who supported throughout the year!