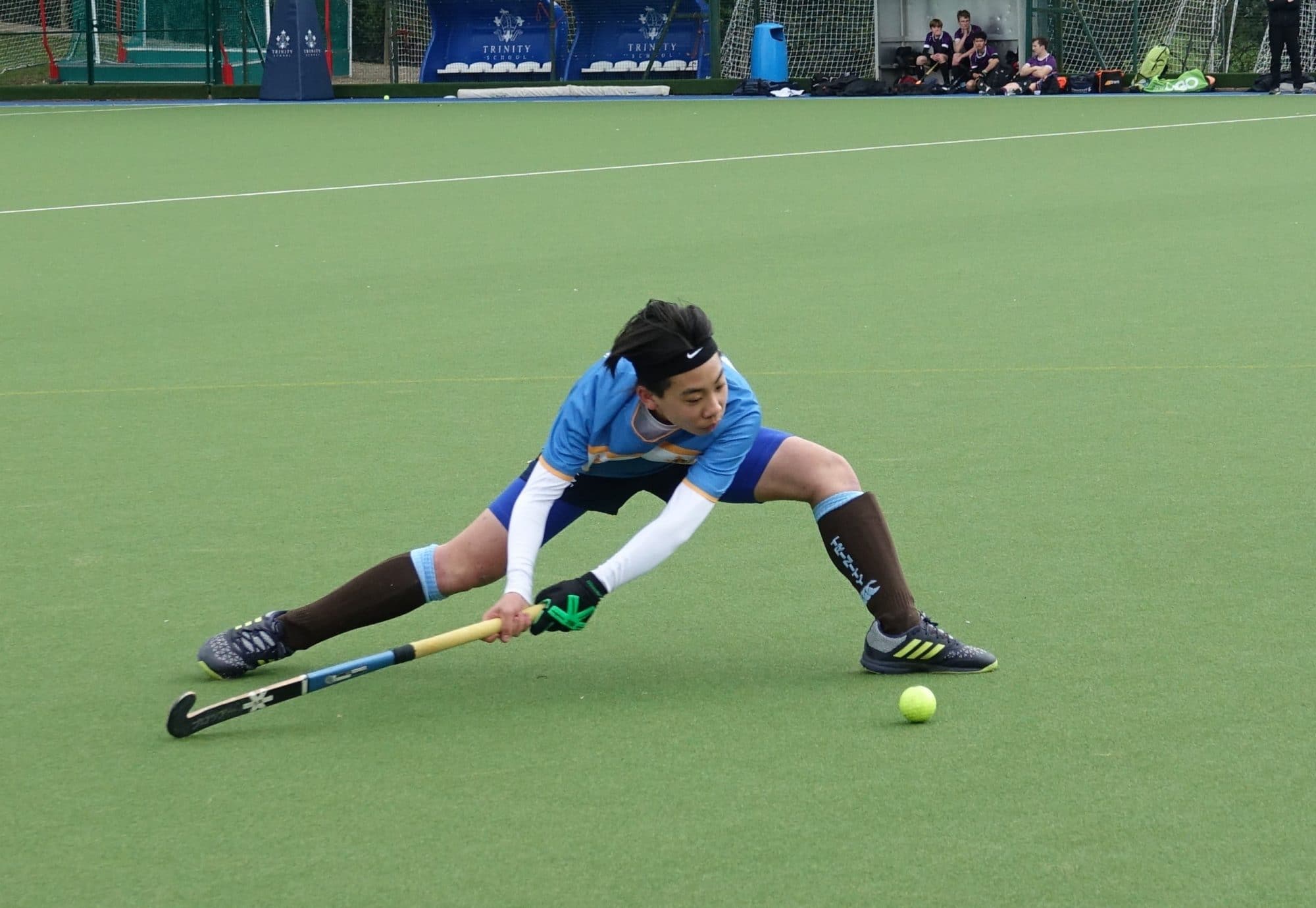 Our U16A hockey team have advanced to the National Plate finals at the Olympic Park in London.

The team achieved an outstanding score of 4-0 against Leys from Cambridge. Having withstood early pressure and opened the scoring midway through the first half with a trademark drag-flick from Fraser Myers.

This gave the team the confidence they needed with subsequent goals from Shola Adesina and Tom Beadle soon following. With resolute defence, led by Liam Writer, and a midfield strengthened by the return of injured Theo Flanagan, the team kept a clean sheet. Harry Bingley was superb in the heart of midfield and the strength and depth of the squad shone through in the latter stages as Trinity added a fourth goal to seal their victory.

The team, most of whom begin their GCSE exams in two weeks, deserve credit for their efforts and hard work over the season, while the players from the Fourth Year have really stepped up and made a huge difference.

We wish the team good luck as they face Taunton from Somerset today!