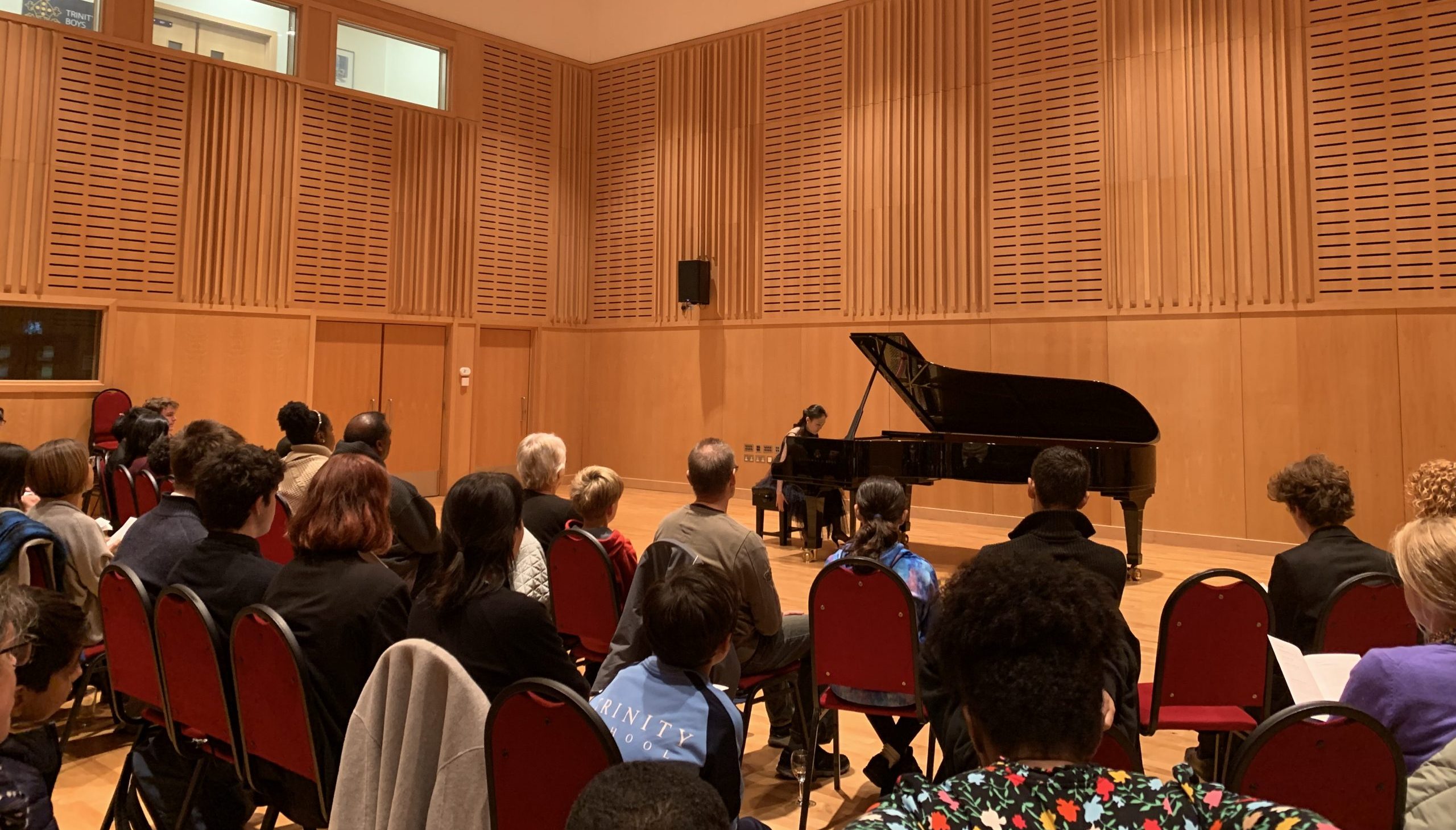 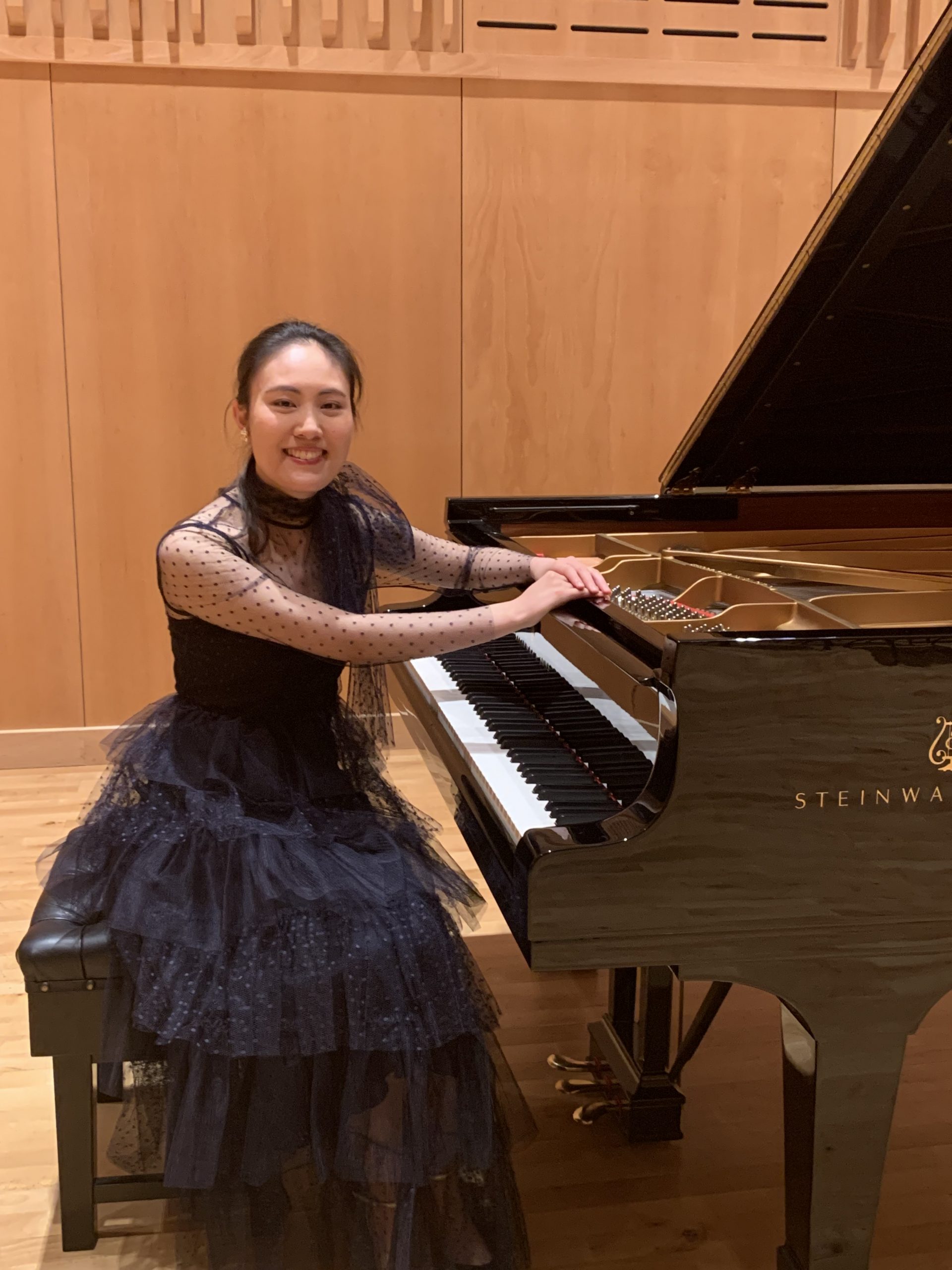 Trinity recently welcomed Wakana Marlene Tanaka, a brilliant young Japanese pianist, for her UK debut performance in the Recital Hall. Wakana has just won a series of International Competitions in Italy and presented a wonderful programme which was attended by many.

“Overall, it was a glorious experience to be at Wakana Marlene Tanaka’s concert and to listen to her masterful playing. She played the entire programme from memory, and with such passion and musicality. It was like watching a gold medal Olympic athlete. Her amazing concert showed me what is achievable as a musician, not just to play difficult pieces, but to play with such conviction and yet with a lot of fun too. It was an amazing experience.”

We were lucky enough to host Wakana’s UK debut thanks to relationships forged through our annual Venice recital series collaboration.

Japanese pianist, Wakana Marlene Tanaka, was born in 1995 in Evanston, Illinois in the United States. She moved to Tokyo and began her music studies with Yoshiko Zushi at the age of 6. She also had the guidance of Kazuko Inukai Jankowsky, a former professor at Musikschule der Stadt Wien, followed by Masami Tokunaga. After earning her Bachelor’s degree at Toho Gakuen School of Music in 2018 studying with Prof. Kei Itoh and Hiroe Arai, Wakana moved to Italy to study with Prof. Massimiliano Ferrati at the Conservatory “Agostino Steffani” of Castelfranco Veneto where she obtained her Master’s degree with full marks, Honors and Honorable mention in 2021. She has performed and held recitals in various concert halls around the world, recently won a number of international competitions. Wakana also continues her study with Prof. Ferrati.